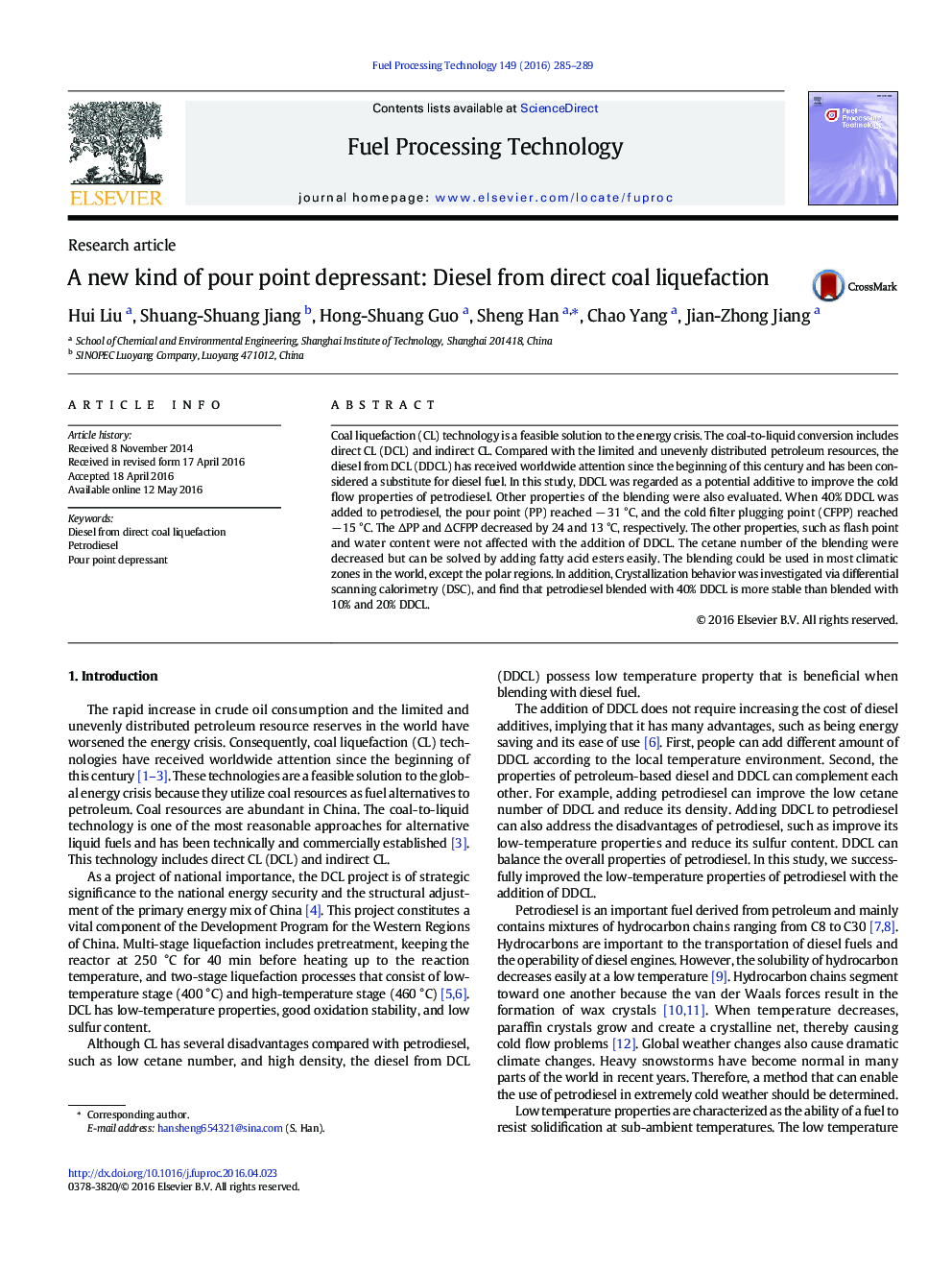 Coal liquefaction (CL) technology is a feasible solution to the energy crisis. The coal-to-liquid conversion includes direct CL (DCL) and indirect CL. Compared with the limited and unevenly distributed petroleum resources, the diesel from DCL (DDCL) has received worldwide attention since the beginning of this century and has been considered a substitute for diesel fuel. In this study, DDCL was regarded as a potential additive to improve the cold flow properties of petrodiesel. Other properties of the blending were also evaluated. When 40% DDCL was added to petrodiesel, the pour point (PP) reached − 31 °C, and the cold filter plugging point (CFPP) reached − 15 °C. The ΔPP and ΔCFPP decreased by 24 and 13 °C, respectively. The other properties, such as flash point and water content were not affected with the addition of DDCL. The cetane number of the blending were decreased but can be solved by adding fatty acid esters easily. The blending could be used in most climatic zones in the world, except the polar regions. In addition, Crystallization behavior was investigated via differential scanning calorimetry (DSC), and find that petrodiesel blended with 40% DDCL is more stable than blended with 10% and 20% DDCL.