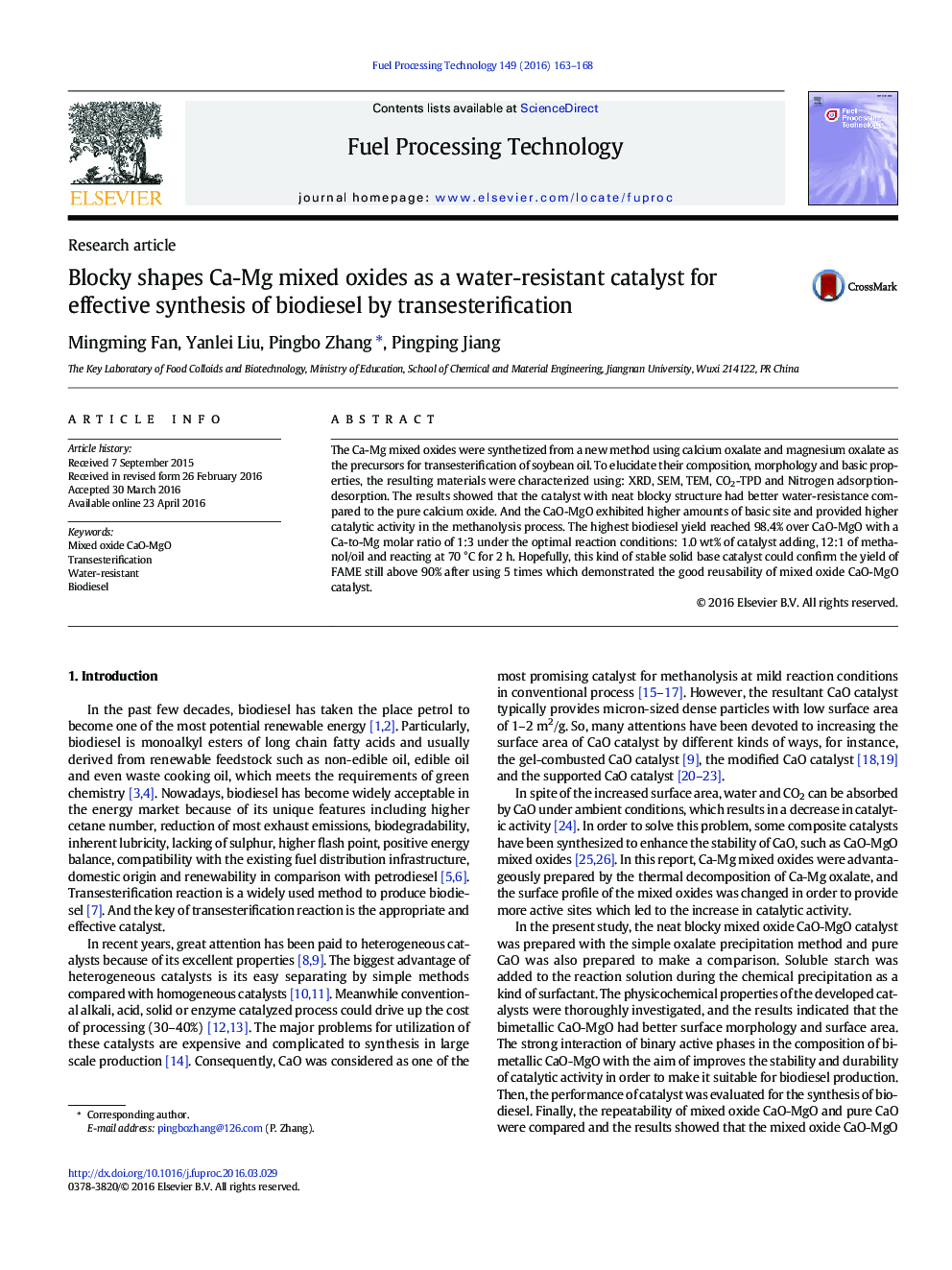 • Mixed oxide alkaline catalyst from oxalic acid salt decomposition synthesis.
• Significant improvement of basic sites as compared with conventional ones.
• Effective biodiesel production via methanolysis of soybean oil.
• The yield of biodiesel above 98% within 2 h and at mild reaction temperature of 70 °C.
• Little loss on catalytic activity when the catalyst was used several times.

The Ca-Mg mixed oxides were synthetized from a new method using calcium oxalate and magnesium oxalate as the precursors for transesterification of soybean oil. To elucidate their composition, morphology and basic properties, the resulting materials were characterized using: XRD, SEM, TEM, CO2-TPD and Nitrogen adsorption-desorption. The results showed that the catalyst with neat blocky structure had better water-resistance compared to the pure calcium oxide. And the CaO-MgO exhibited higher amounts of basic site and provided higher catalytic activity in the methanolysis process. The highest biodiesel yield reached 98.4% over CaO-MgO with a Ca-to-Mg molar ratio of 1:3 under the optimal reaction conditions: 1.0 wt% of catalyst adding, 12:1 of methanol/oil and reacting at 70 °C for 2 h. Hopefully, this kind of stable solid base catalyst could confirm the yield of FAME still above 90% after using 5 times which demonstrated the good reusability of mixed oxide CaO-MgO catalyst.