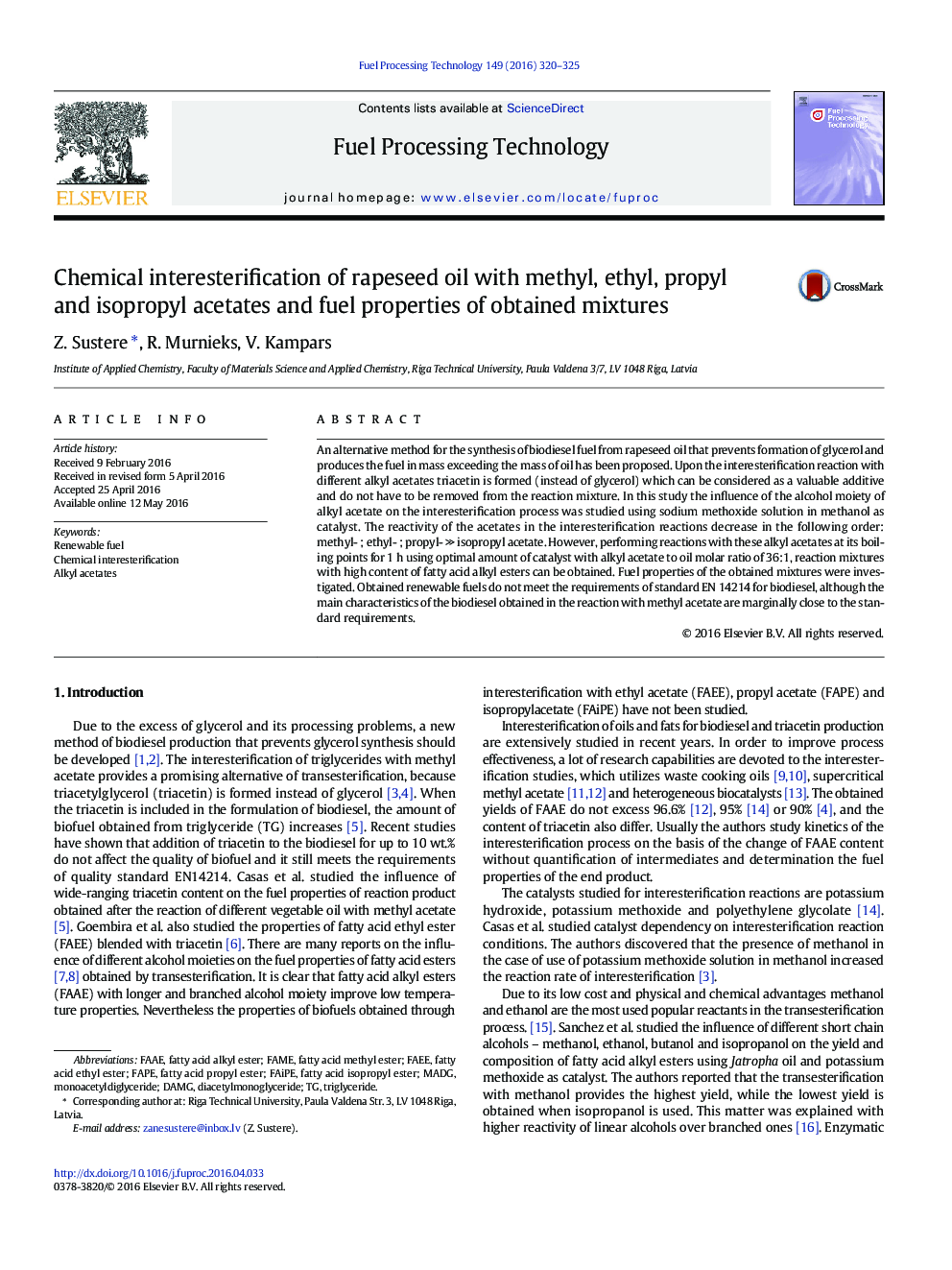 • High yield of esters can be obtained with all alkyl acetates at boiling temperature.
• Isopropyl acetate caused remarkable decrease in reactivity at 55 °C.
• Biodiesel of isopropyl acetate reaction has improved cold flow properties.

An alternative method for the synthesis of biodiesel fuel from rapeseed oil that prevents formation of glycerol and produces the fuel in mass exceeding the mass of oil has been proposed. Upon the interesterification reaction with different alkyl acetates triacetin is formed (instead of glycerol) which can be considered as a valuable additive and do not have to be removed from the reaction mixture. In this study the influence of the alcohol moiety of alkyl acetate on the interesterification process was studied using sodium methoxide solution in methanol as catalyst. The reactivity of the acetates in the interesterification reactions decrease in the following order: methyl- ; ethyl- ; propyl- ≫ isopropyl acetate. However, performing reactions with these alkyl acetates at its boiling points for 1 h using optimal amount of catalyst with alkyl acetate to oil molar ratio of 36:1, reaction mixtures with high content of fatty acid alkyl esters can be obtained. Fuel properties of the obtained mixtures were investigated. Obtained renewable fuels do not meet the requirements of standard EN 14214 for biodiesel, although the main characteristics of the biodiesel obtained in the reaction with methyl acetate are marginally close to the standard requirements.