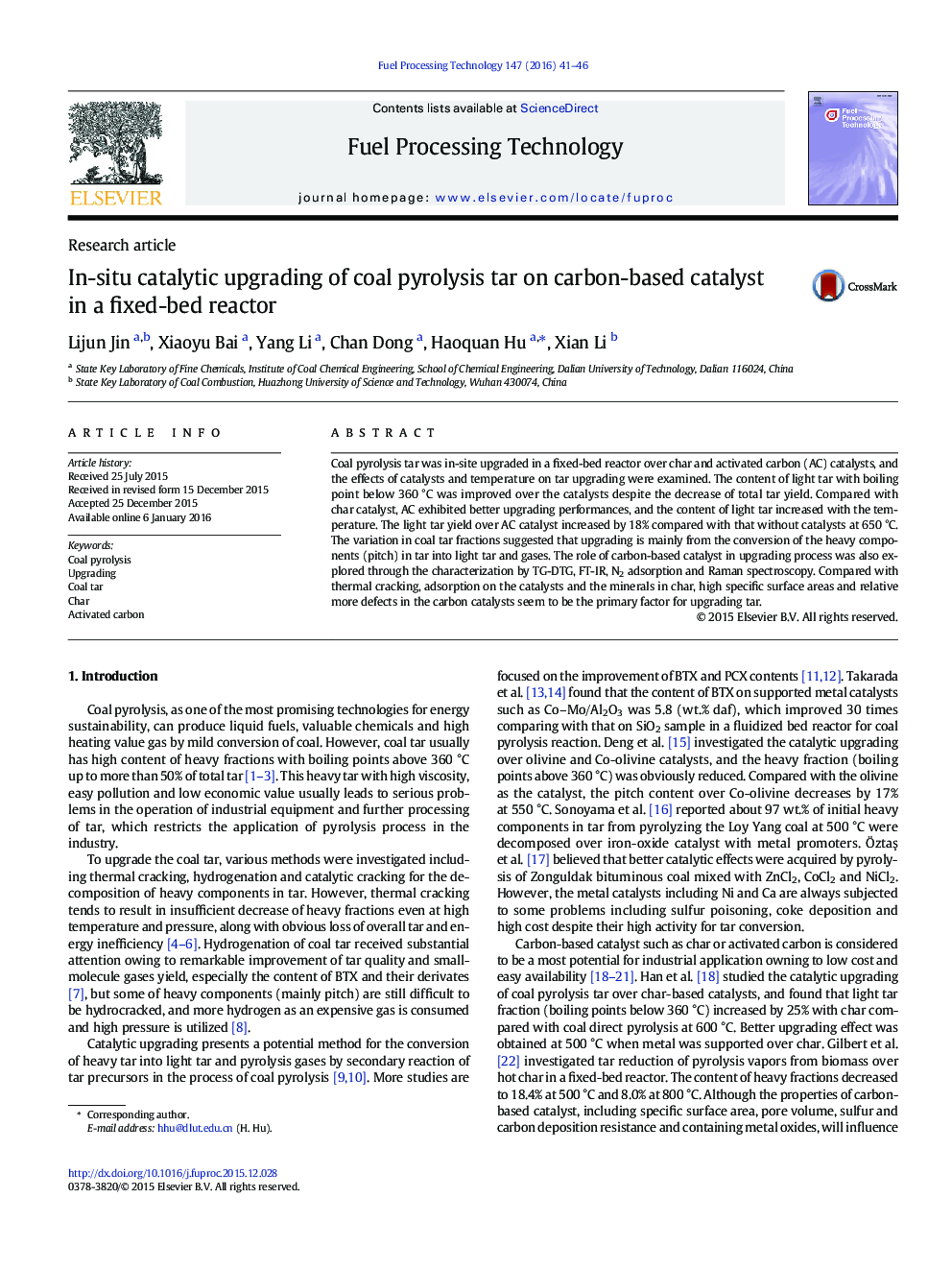 Coal pyrolysis tar was in-site upgraded in a fixed-bed reactor over char and activated carbon (AC) catalysts, and the effects of catalysts and temperature on tar upgrading were examined. The content of light tar with boiling point below 360 °C was improved over the catalysts despite the decrease of total tar yield. Compared with char catalyst, AC exhibited better upgrading performances, and the content of light tar increased with the temperature. The light tar yield over AC catalyst increased by 18% compared with that without catalysts at 650 °C. The variation in coal tar fractions suggested that upgrading is mainly from the conversion of the heavy components (pitch) in tar into light tar and gases. The role of carbon-based catalyst in upgrading process was also explored through the characterization by TG-DTG, FT-IR, N2 adsorption and Raman spectroscopy. Compared with thermal cracking, adsorption on the catalysts and the minerals in char, high specific surface areas and relative more defects in the carbon catalysts seem to be the primary factor for upgrading tar.