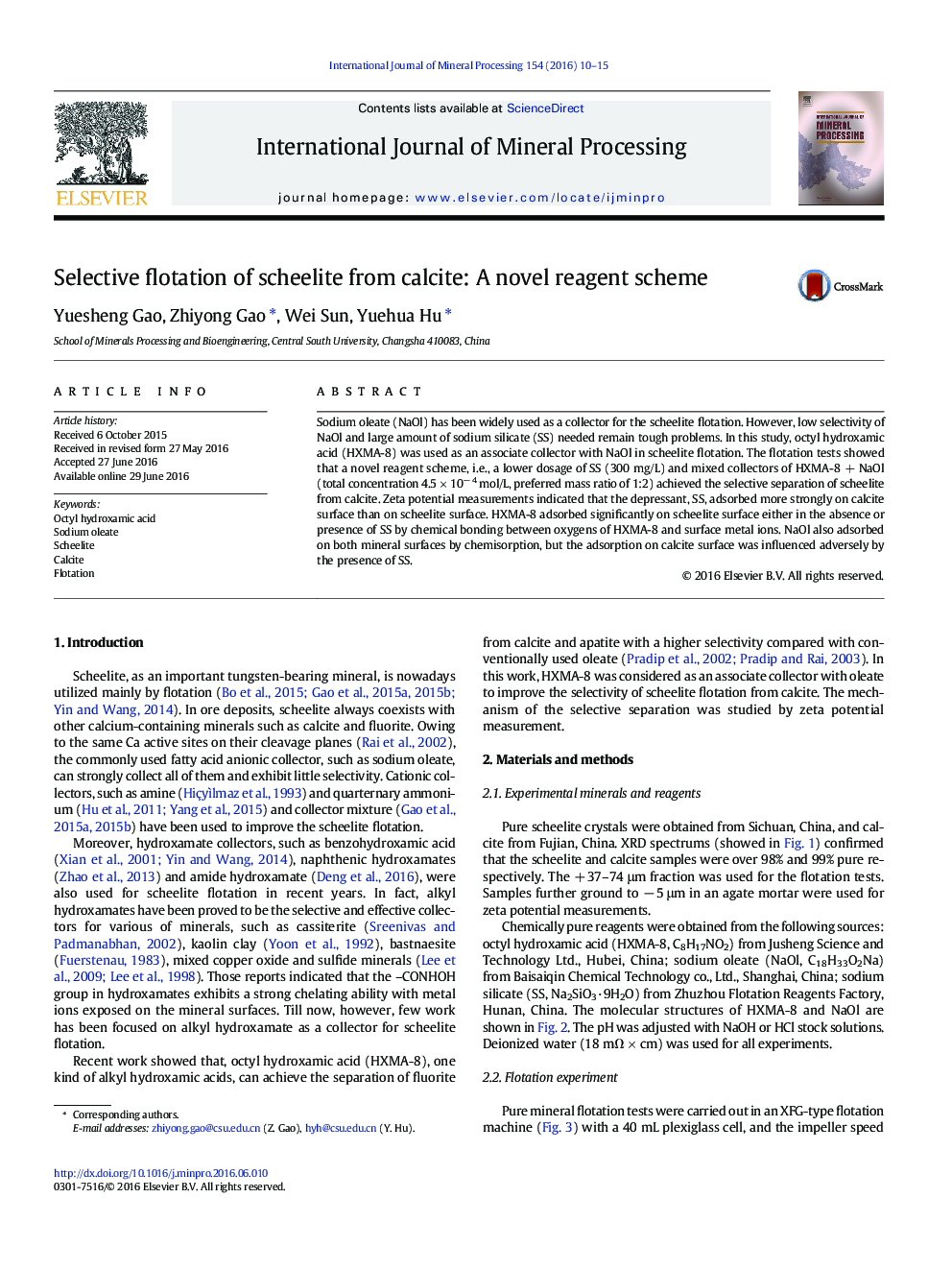 Sodium oleate (NaOl) has been widely used as a collector for the scheelite flotation. However, low selectivity of NaOl and large amount of sodium silicate (SS) needed remain tough problems. In this study, octyl hydroxamic acid (HXMA-8) was used as an associate collector with NaOl in scheelite flotation. The flotation tests showed that a novel reagent scheme, i.e., a lower dosage of SS (300 mg/L) and mixed collectors of HXMA-8 + NaOl (total concentration 4.5 × 10− 4 mol/L, preferred mass ratio of 1:2) achieved the selective separation of scheelite from calcite. Zeta potential measurements indicated that the depressant, SS, adsorbed more strongly on calcite surface than on scheelite surface. HXMA-8 adsorbed significantly on scheelite surface either in the absence or presence of SS by chemical bonding between oxygens of HXMA-8 and surface metal ions. NaOl also adsorbed on both mineral surfaces by chemisorption, but the adsorption on calcite surface was influenced adversely by the presence of SS.