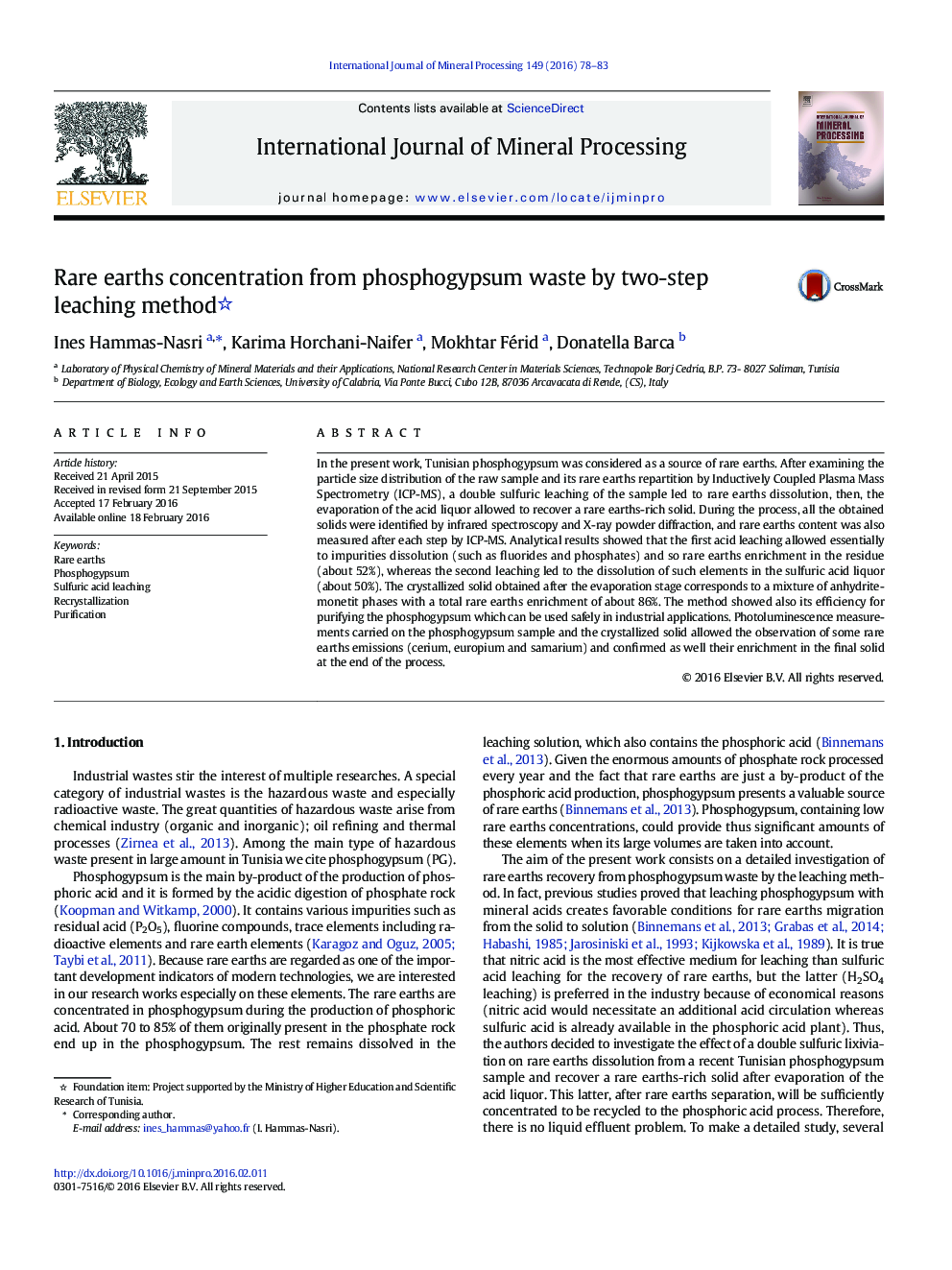 • Phosphogypsum's granulometric separation and analysis of the fractions by ICP-MS
• Absence of a PG fraction concentrated with rare earths rather another
• Double leaching the bulk sample allowed obtaining a pure calcium sulfate residue.
• Recover of a rare earths-rich solid after evaporation of the acid liquor
• PL technique showed REE's emissions and verified their enrichment in the final solid.

In the present work, Tunisian phosphogypsum was considered as a source of rare earths. After examining the particle size distribution of the raw sample and its rare earths repartition by Inductively Coupled Plasma Mass Spectrometry (ICP-MS), a double sulfuric leaching of the sample led to rare earths dissolution, then, the evaporation of the acid liquor allowed to recover a rare earths-rich solid. During the process, all the obtained solids were identified by infrared spectroscopy and X-ray powder diffraction, and rare earths content was also measured after each step by ICP-MS. Analytical results showed that the first acid leaching allowed essentially to impurities dissolution (such as fluorides and phosphates) and so rare earths enrichment in the residue (about 52%), whereas the second leaching led to the dissolution of such elements in the sulfuric acid liquor (about 50%). The crystallized solid obtained after the evaporation stage corresponds to a mixture of anhydrite-monetit phases with a total rare earths enrichment of about 86%. The method showed also its efficiency for purifying the phosphogypsum which can be used safely in industrial applications. Photoluminescence measurements carried on the phosphogypsum sample and the crystallized solid allowed the observation of some rare earths emissions (cerium, europium and samarium) and confirmed as well their enrichment in the final solid at the end of the process.