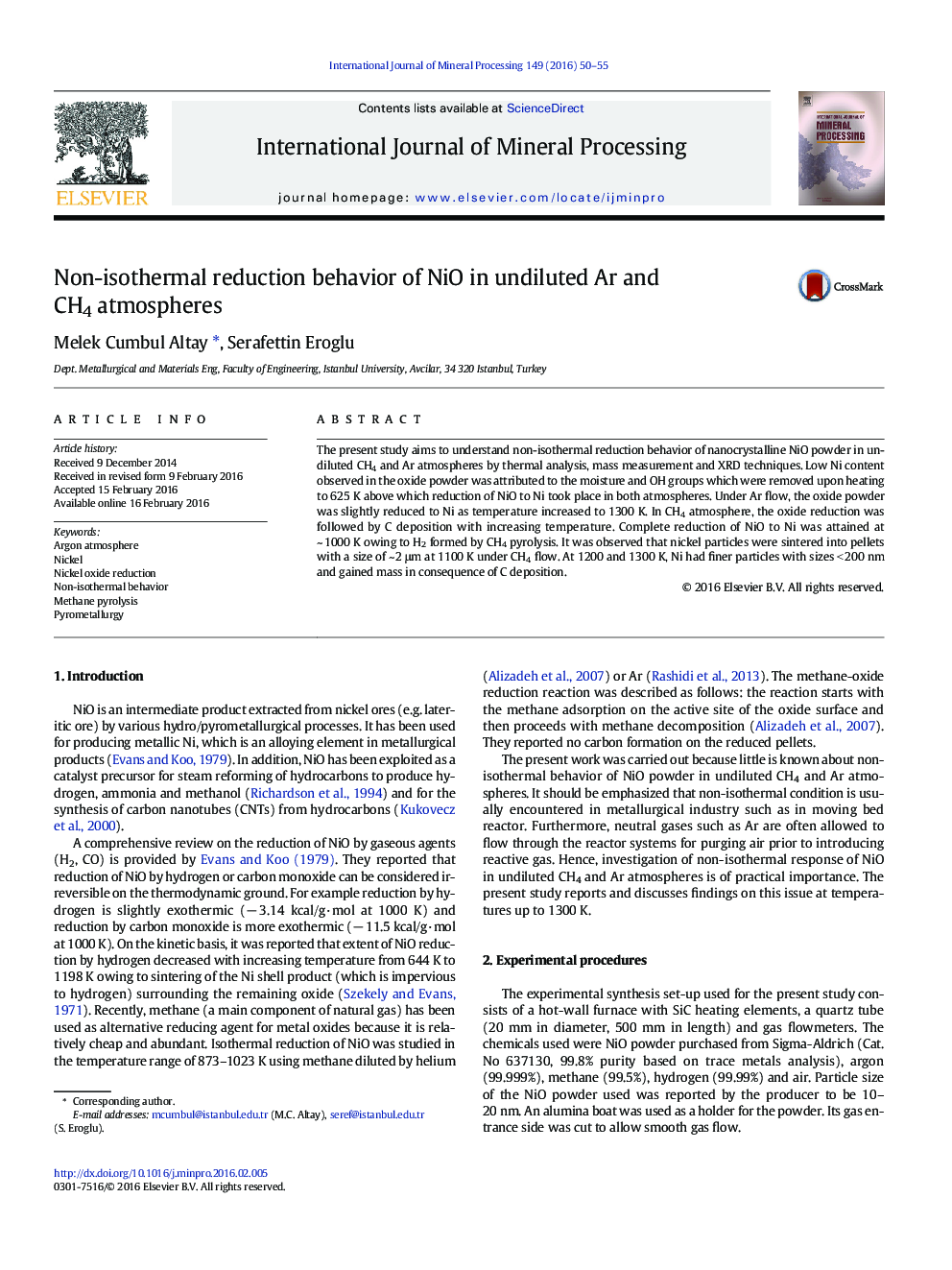 • Non-isothermal behavior of nanocrystalline NiO was studied in CH4 and Ar.
• Reduction of NiO was observed at temperatures > 625 K.
• NiO was partially reduced during heating to 1300 K by flowing Ar.
• Sintered Ni pellets were obtained while heating to ~ 1100 K in CH4 atmosphere.
• Reduction of NiO to Ni was attributable to H2 produced by CH4 pyrolysis reaction.

The present study aims to understand non-isothermal reduction behavior of nanocrystalline NiO powder in undiluted CH4 and Ar atmospheres by thermal analysis, mass measurement and XRD techniques. Low Ni content observed in the oxide powder was attributed to the moisture and OH groups which were removed upon heating to 625 K above which reduction of NiO to Ni took place in both atmospheres. Under Ar flow, the oxide powder was slightly reduced to Ni as temperature increased to 1300 K. In CH4 atmosphere, the oxide reduction was followed by C deposition with increasing temperature. Complete reduction of NiO to Ni was attained at ~ 1000 K owing to H2 formed by CH4 pyrolysis. It was observed that nickel particles were sintered into pellets with a size of ~ 2 μm at 1100 K under CH4 flow. At 1200 and 1300 K, Ni had finer particles with sizes < 200 nm and gained mass in consequence of C deposition.