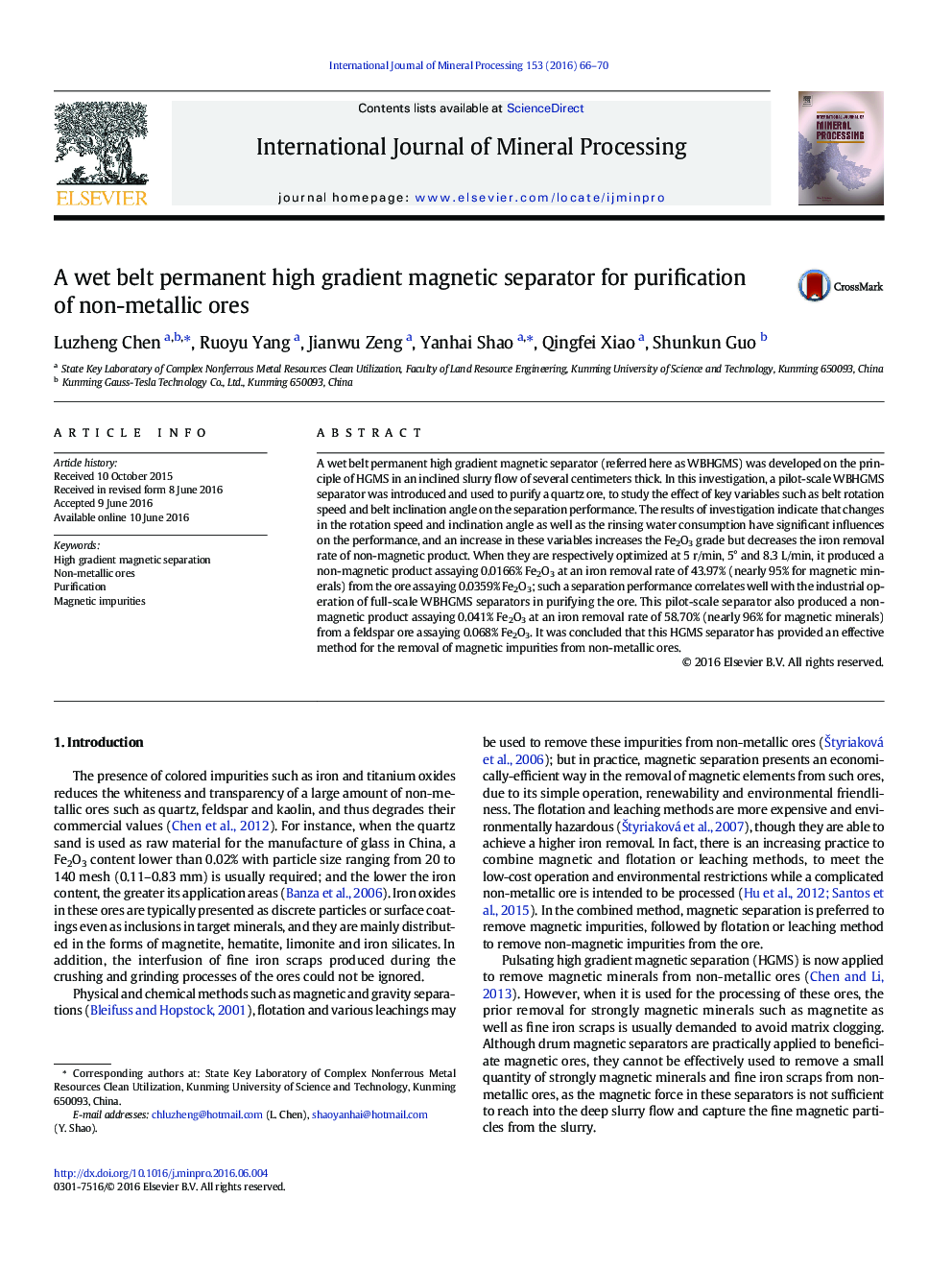 • The WBHGMS operates on the principle of HGMS in an inclined thick slurry flow.
• The magnet and belt in WBHGMS are both uniquely designed to achieve separations.
• The WBHGMS is effective for removal of magnetic minerals from non-metallic ores.