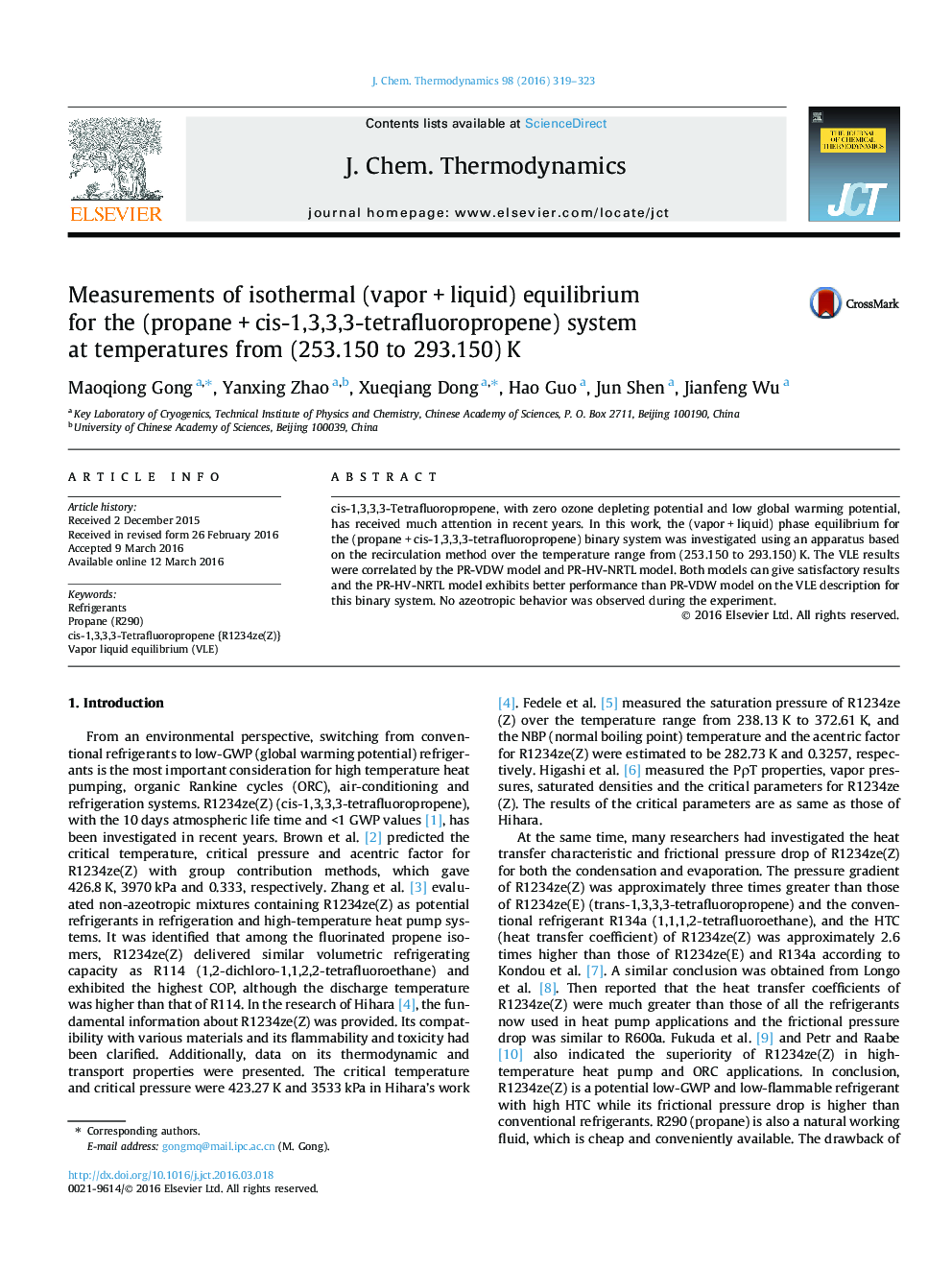 cis-1,3,3,3-Tetrafluoropropene, with zero ozone depleting potential and low global warming potential, has received much attention in recent years. In this work, the (vapor + liquid) phase equilibrium for the (propane + cis-1,3,3,3-tetrafluoropropene) binary system was investigated using an apparatus based on the recirculation method over the temperature range from (253.150 to 293.150) K. The VLE results were correlated by the PR-VDW model and PR-HV-NRTL model. Both models can give satisfactory results and the PR-HV-NRTL model exhibits better performance than PR-VDW model on the VLE description for this binary system. No azeotropic behavior was observed during the experiment.