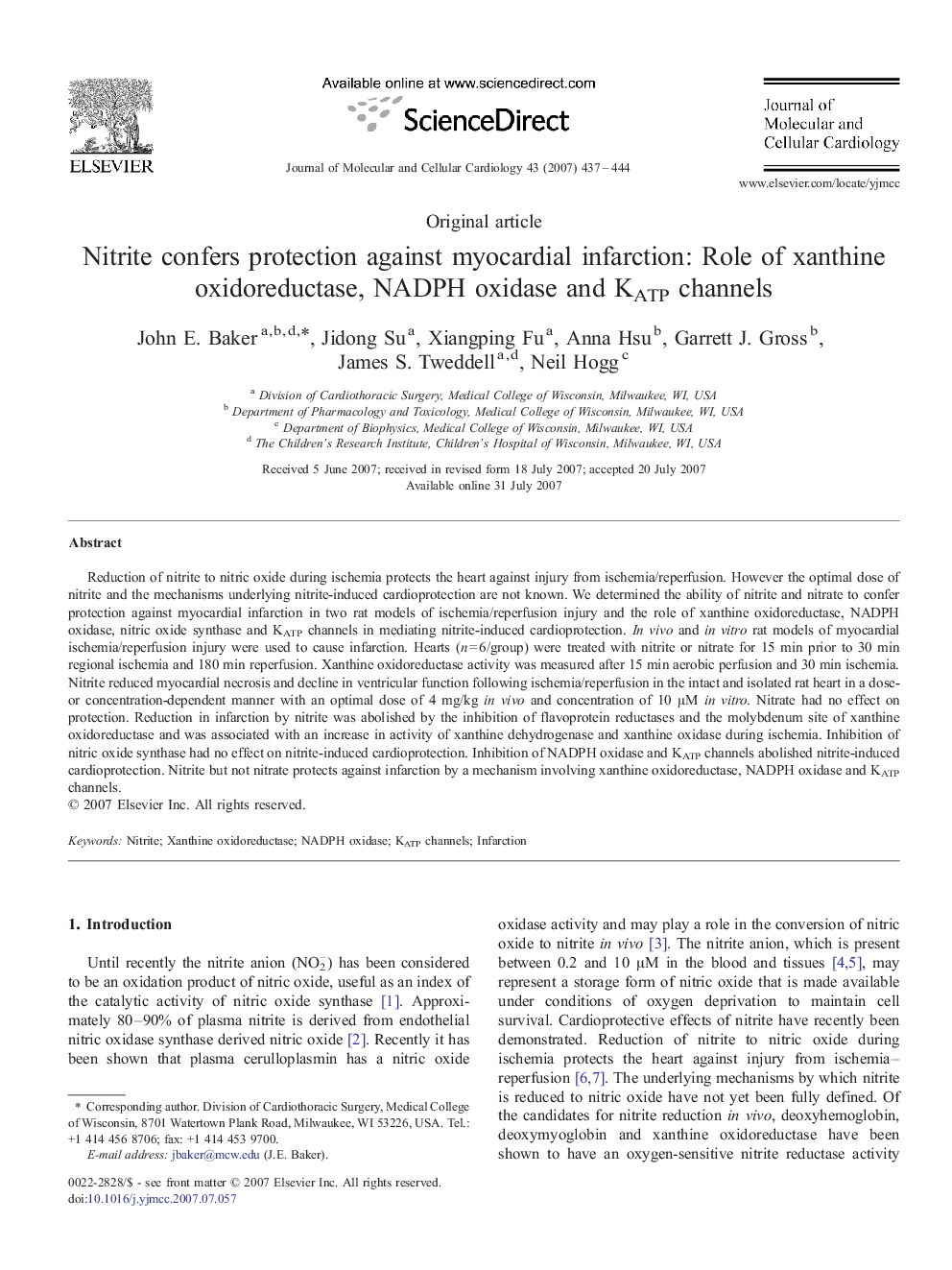 Reduction of nitrite to nitric oxide during ischemia protects the heart against injury from ischemia/reperfusion. However the optimal dose of nitrite and the mechanisms underlying nitrite-induced cardioprotection are not known. We determined the ability of nitrite and nitrate to confer protection against myocardial infarction in two rat models of ischemia/reperfusion injury and the role of xanthine oxidoreductase, NADPH oxidase, nitric oxide synthase and KATP channels in mediating nitrite-induced cardioprotection. In vivo and in vitro rat models of myocardial ischemia/reperfusion injury were used to cause infarction. Hearts (n = 6/group) were treated with nitrite or nitrate for 15 min prior to 30 min regional ischemia and 180 min reperfusion. Xanthine oxidoreductase activity was measured after 15 min aerobic perfusion and 30 min ischemia. Nitrite reduced myocardial necrosis and decline in ventricular function following ischemia/reperfusion in the intact and isolated rat heart in a dose- or concentration-dependent manner with an optimal dose of 4 mg/kg in vivo and concentration of 10 μM in vitro. Nitrate had no effect on protection. Reduction in infarction by nitrite was abolished by the inhibition of flavoprotein reductases and the molybdenum site of xanthine oxidoreductase and was associated with an increase in activity of xanthine dehydrogenase and xanthine oxidase during ischemia. Inhibition of nitric oxide synthase had no effect on nitrite-induced cardioprotection. Inhibition of NADPH oxidase and KATP channels abolished nitrite-induced cardioprotection. Nitrite but not nitrate protects against infarction by a mechanism involving xanthine oxidoreductase, NADPH oxidase and KATP channels.