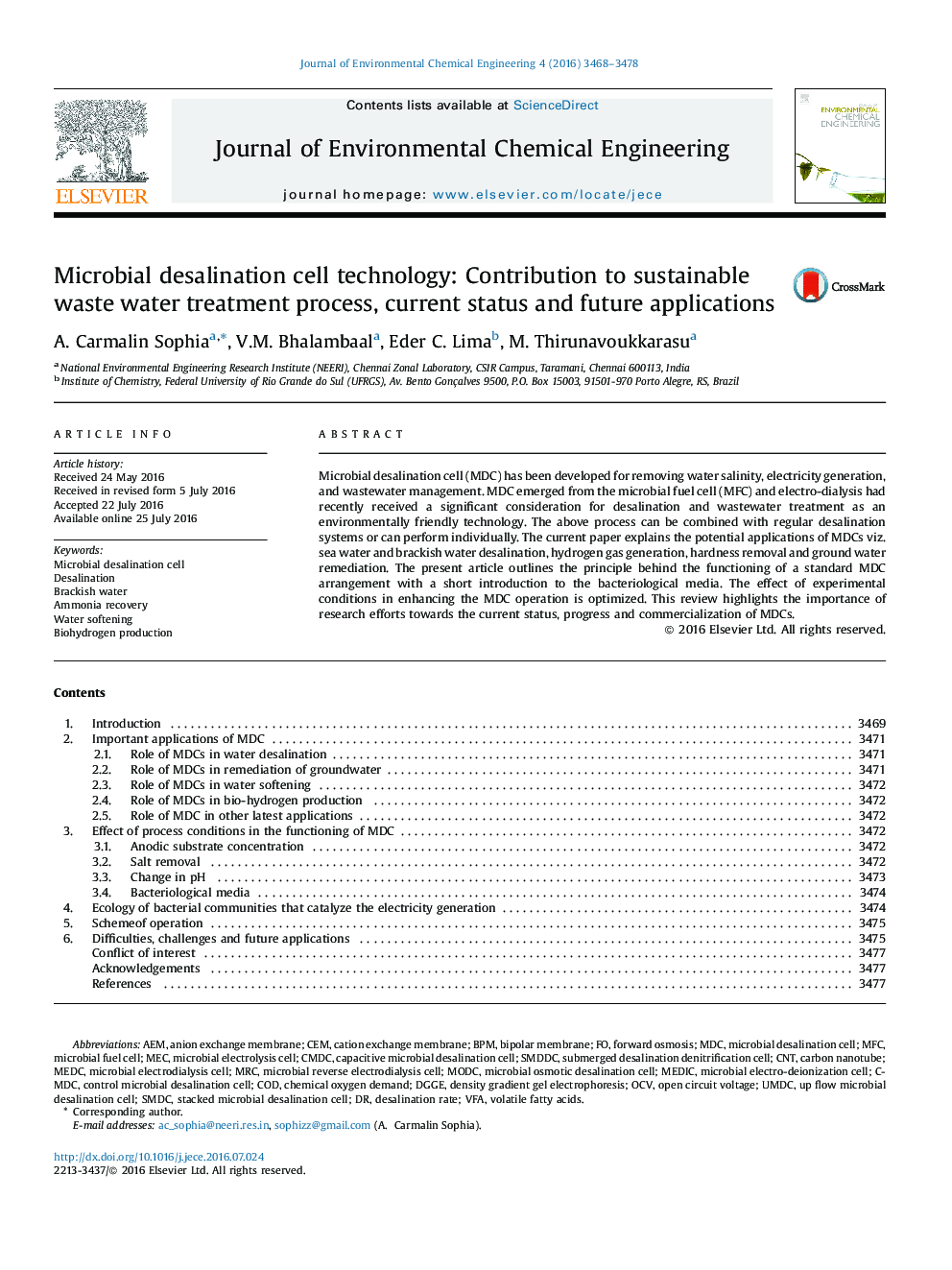 Microbial desalination cell (MDC) has been developed for removing water salinity, electricity generation, and wastewater management. MDC emerged from the microbial fuel cell (MFC) and electro-dialysis had recently received a significant consideration for desalination and wastewater treatment as an environmentally friendly technology. The above process can be combined with regular desalination systems or can perform individually. The current paper explains the potential applications of MDCs viz. sea water and brackish water desalination, hydrogen gas generation, hardness removal and ground water remediation. The present article outlines the principle behind the functioning of a standard MDC arrangement with a short introduction to the bacteriological media. The effect of experimental conditions in enhancing the MDC operation is optimized. This review highlights the importance of research efforts towards the current status, progress and commercialization of MDCs.