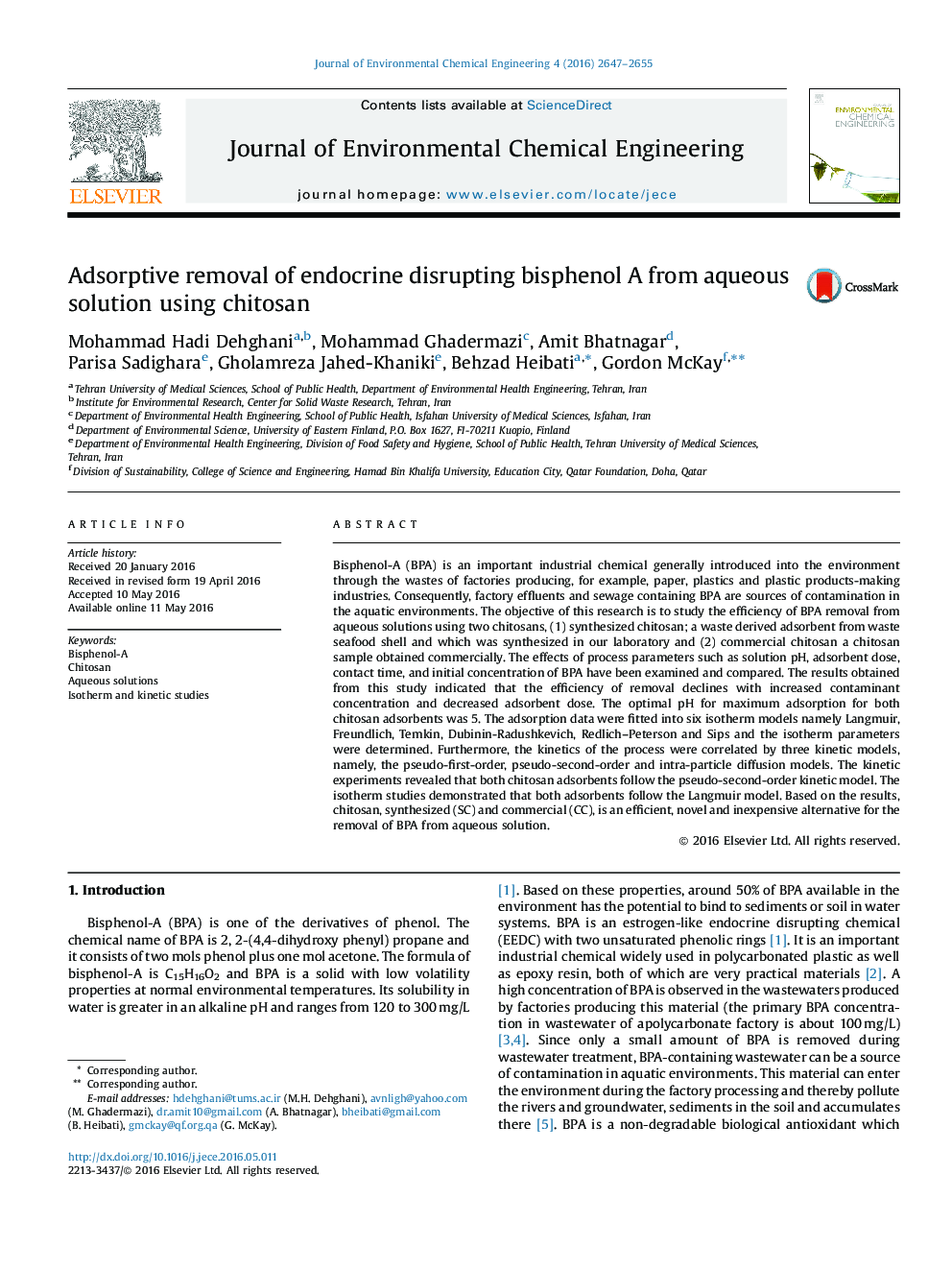 Bisphenol-A (BPA) is an important industrial chemical generally introduced into the environment through the wastes of factories producing, for example, paper, plastics and plastic products-making industries. Consequently, factory effluents and sewage containing BPA are sources of contamination in the aquatic environments. The objective of this research is to study the efficiency of BPA removal from aqueous solutions using two chitosans, (1) synthesized chitosan; a waste derived adsorbent from waste seafood shell and which was synthesized in our laboratory and (2) commercial chitosan a chitosan sample obtained commercially. The effects of process parameters such as solution pH, adsorbent dose, contact time, and initial concentration of BPA have been examined and compared. The results obtained from this study indicated that the efficiency of removal declines with increased contaminant concentration and decreased adsorbent dose. The optimal pH for maximum adsorption for both chitosan adsorbents was 5. The adsorption data were fitted into six isotherm models namely Langmuir, Freundlich, Temkin, Dubinin-Radushkevich, Redlich–Peterson and Sips and the isotherm parameters were determined. Furthermore, the kinetics of the process were correlated by three kinetic models, namely, the pseudo-first-order, pseudo-second-order and intra-particle diffusion models. The kinetic experiments revealed that both chitosan adsorbents follow the pseudo-second-order kinetic model. The isotherm studies demonstrated that both adsorbents follow the Langmuir model. Based on the results, chitosan, synthesized (SC) and commercial (CC), is an efficient, novel and inexpensive alternative for the removal of BPA from aqueous solution.