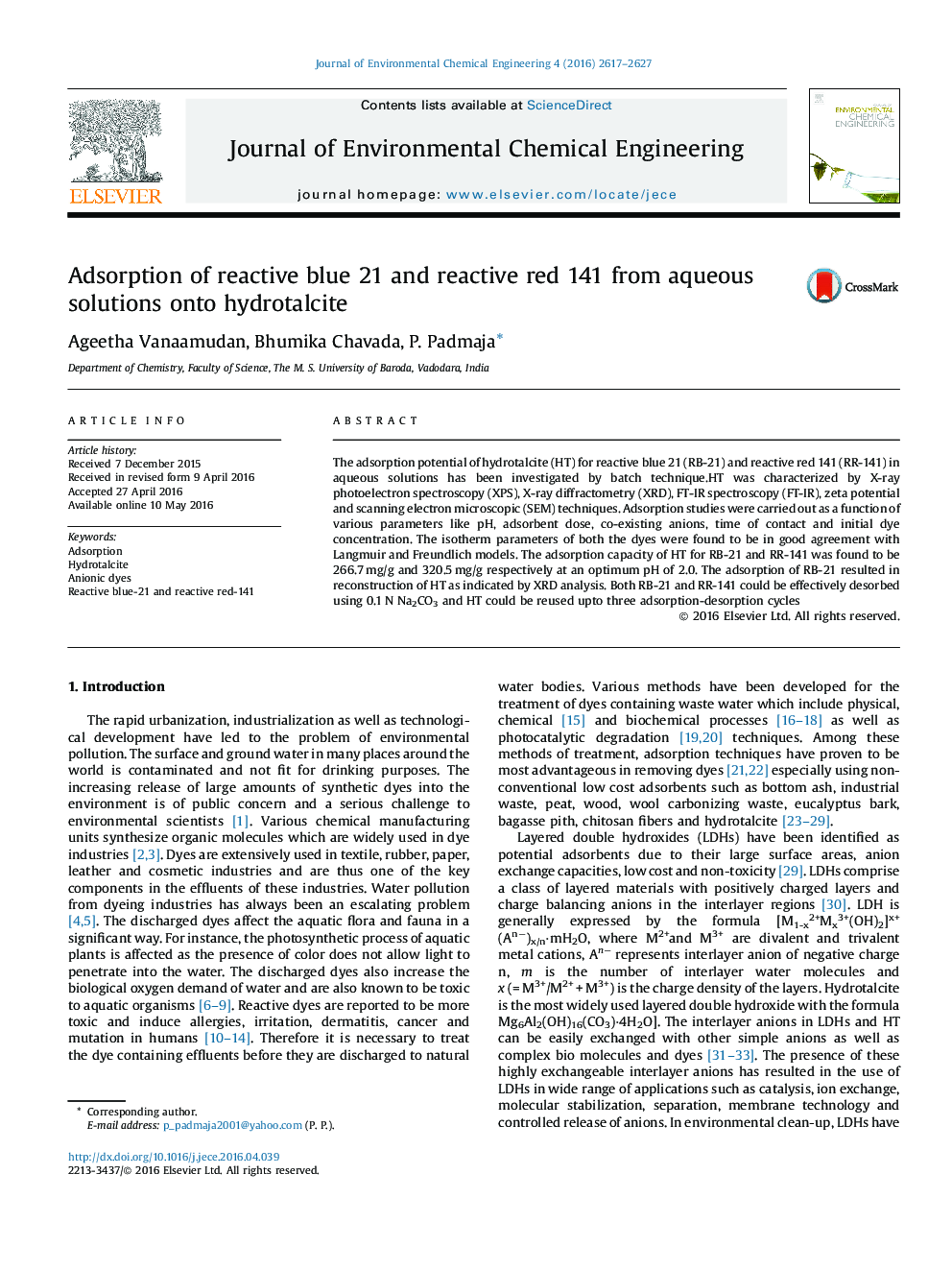 • We have investigated the adsorption of two anionic dyes—a phthalocyanine dye.
• Reactive blue 21 and azo dye, reactive red 141 onto Mg–Al hydrotalcite for the first time.
• The nature of interaction between dyes and Ht is electrostatic, hydrogen bonding and vanderwaals interactions.
• The adsorption capacity for both the dyes was high.

The adsorption potential of hydrotalcite (HT) for reactive blue 21 (RB-21) and reactive red 141 (RR-141) in aqueous solutions has been investigated by batch technique.HT was characterized by X-ray photoelectron spectroscopy (XPS), X-ray diffractometry (XRD), FT-IR spectroscopy (FT-IR), zeta potential and scanning electron microscopic (SEM) techniques. Adsorption studies were carried out as a function of various parameters like pH, adsorbent dose, co-existing anions, time of contact and initial dye concentration. The isotherm parameters of both the dyes were found to be in good agreement with Langmuir and Freundlich models. The adsorption capacity of HT for RB-21 and RR-141 was found to be 266.7 mg/g and 320.5 mg/g respectively at an optimum pH of 2.0. The adsorption of RB-21 resulted in reconstruction of HT as indicated by XRD analysis. Both RB-21 and RR-141 could be effectively desorbed using 0.1 N Na2CO3 and HT could be reused upto three adsorption-desorption cycles