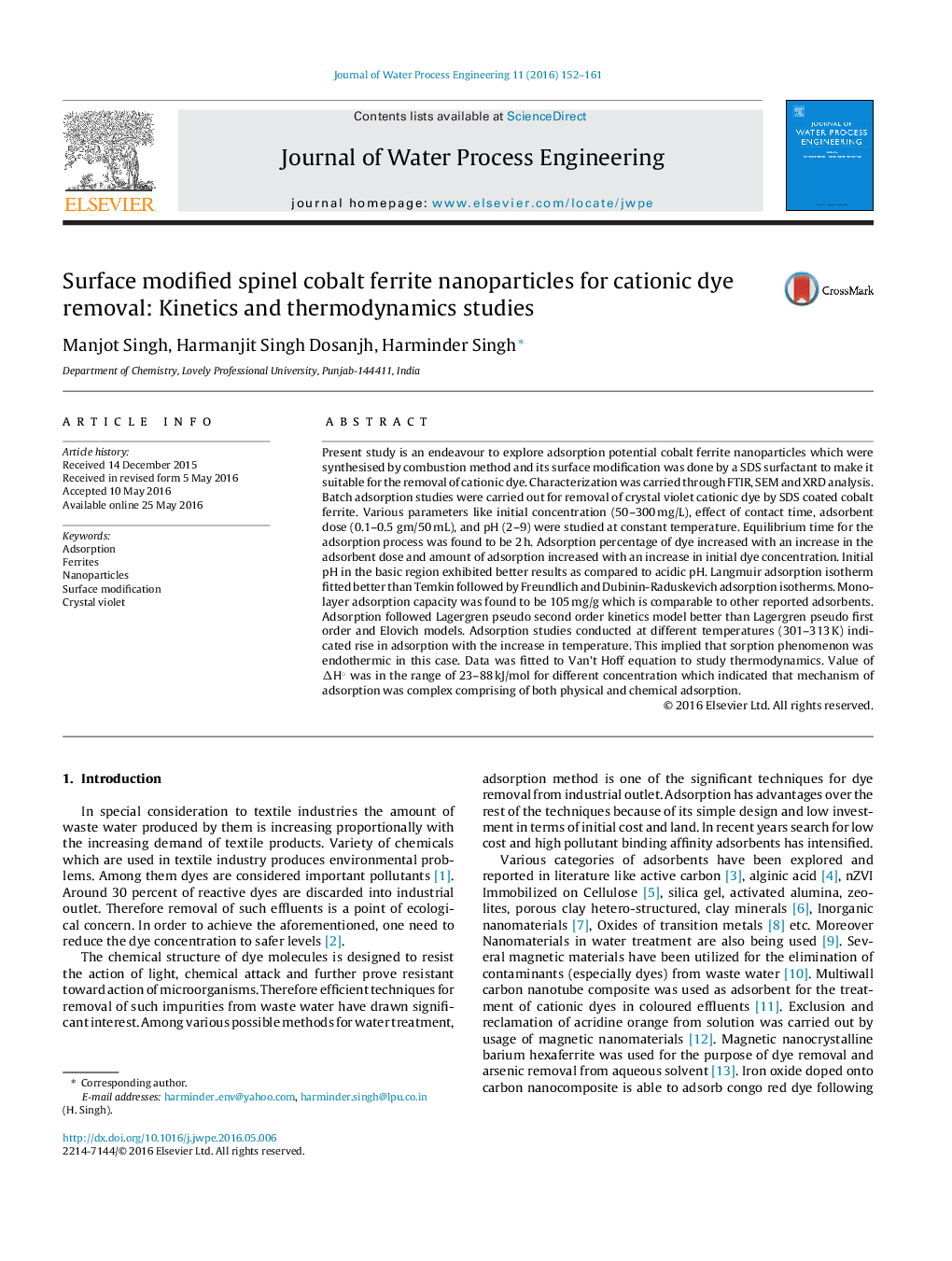 Present study is an endeavour to explore adsorption potential cobalt ferrite nanoparticles which were synthesised by combustion method and its surface modification was done by a SDS surfactant to make it suitable for the removal of cationic dye. Characterization was carried through FTIR, SEM and XRD analysis. Batch adsorption studies were carried out for removal of crystal violet cationic dye by SDS coated cobalt ferrite. Various parameters like initial concentration (50–300 mg/L), effect of contact time, adsorbent dose (0.1–0.5 gm/50 mL), and pH (2–9) were studied at constant temperature. Equilibrium time for the adsorption process was found to be 2 h. Adsorption percentage of dye increased with an increase in the adsorbent dose and amount of adsorption increased with an increase in initial dye concentration. Initial pH in the basic region exhibited better results as compared to acidic pH. Langmuir adsorption isotherm fitted better than Temkin followed by Freundlich and Dubinin-Raduskevich adsorption isotherms. Monolayer adsorption capacity was found to be 105 mg/g which is comparable to other reported adsorbents. Adsorption followed Lagergren pseudo second order kinetics model better than Lagergren pseudo first order and Elovich models. Adsorption studies conducted at different temperatures (301–313 K) indicated rise in adsorption with the increase in temperature. This implied that sorption phenomenon was endothermic in this case. Data was fitted to Van’t Hoff equation to study thermodynamics. Value of ΔH° was in the range of 23–88 kJ/mol for different concentration which indicated that mechanism of adsorption was complex comprising of both physical and chemical adsorption.