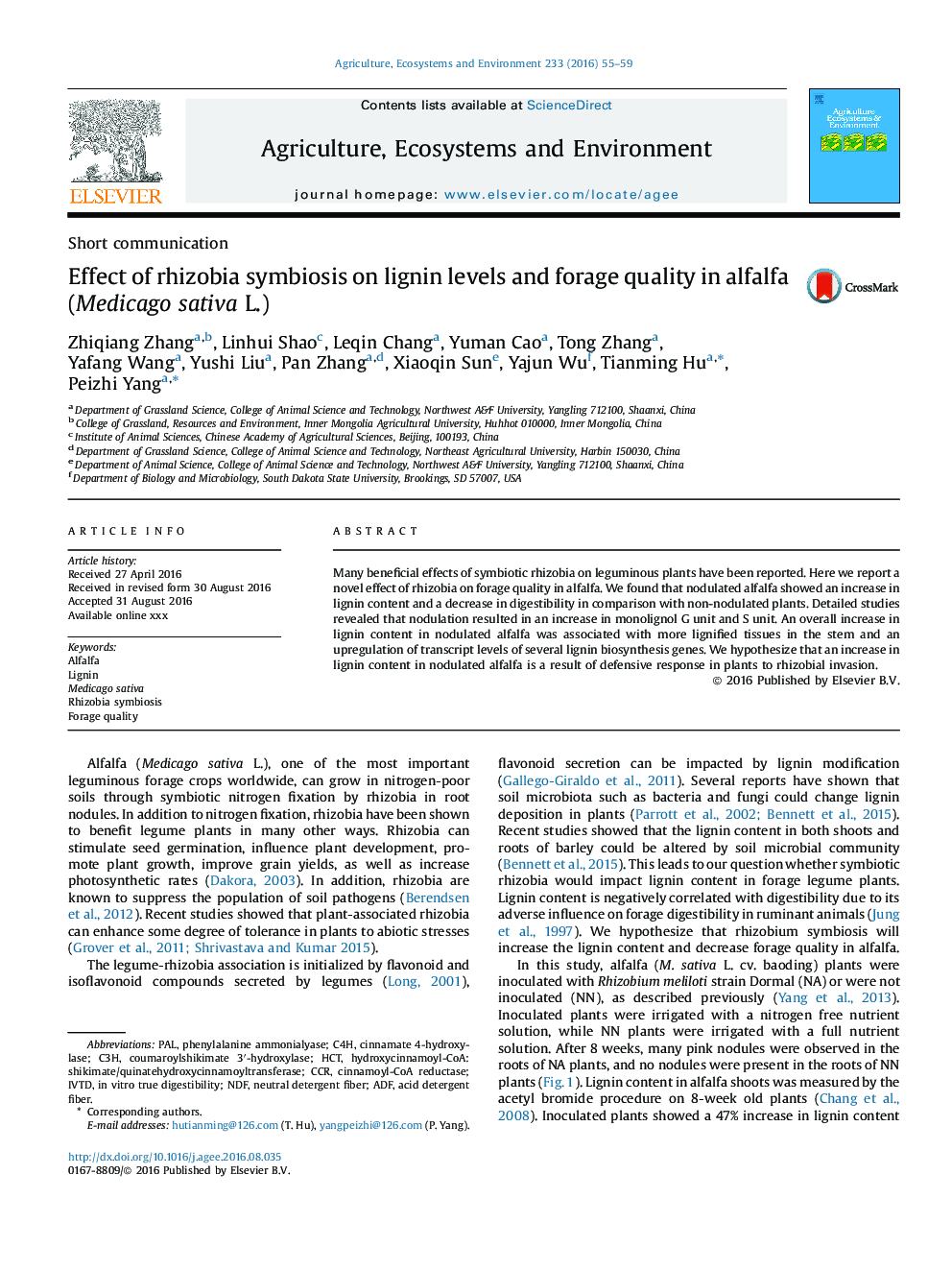 Figure optionsDownload as PowerPoint slideAn effect of rhizobia symbiosis on lignin level and forage quality in alfalfa. Rhizobia symbiosis increases lignin content and decreases forage digestibility. An increase in lignin content in nodulated alfalfa was associated with an upregulation of transcript levels of several lignin biosynthesis genes such as PAL, C4H, C3H, HCT and CCR. The upregulation of PAL gene may be linked to the increase of Ca level in alfalfa after nodulation. In addition, rhizobia symbiosis could also increase the levels of ADF, NDF and hemicellulose, resulting in a reduction in IVTD of alfafla. Therefore, forage quality was decreased due to the increase of lignin and other cell wall components (ADF, NDF and hemicellulose) induced by rhizobia symbiosis.