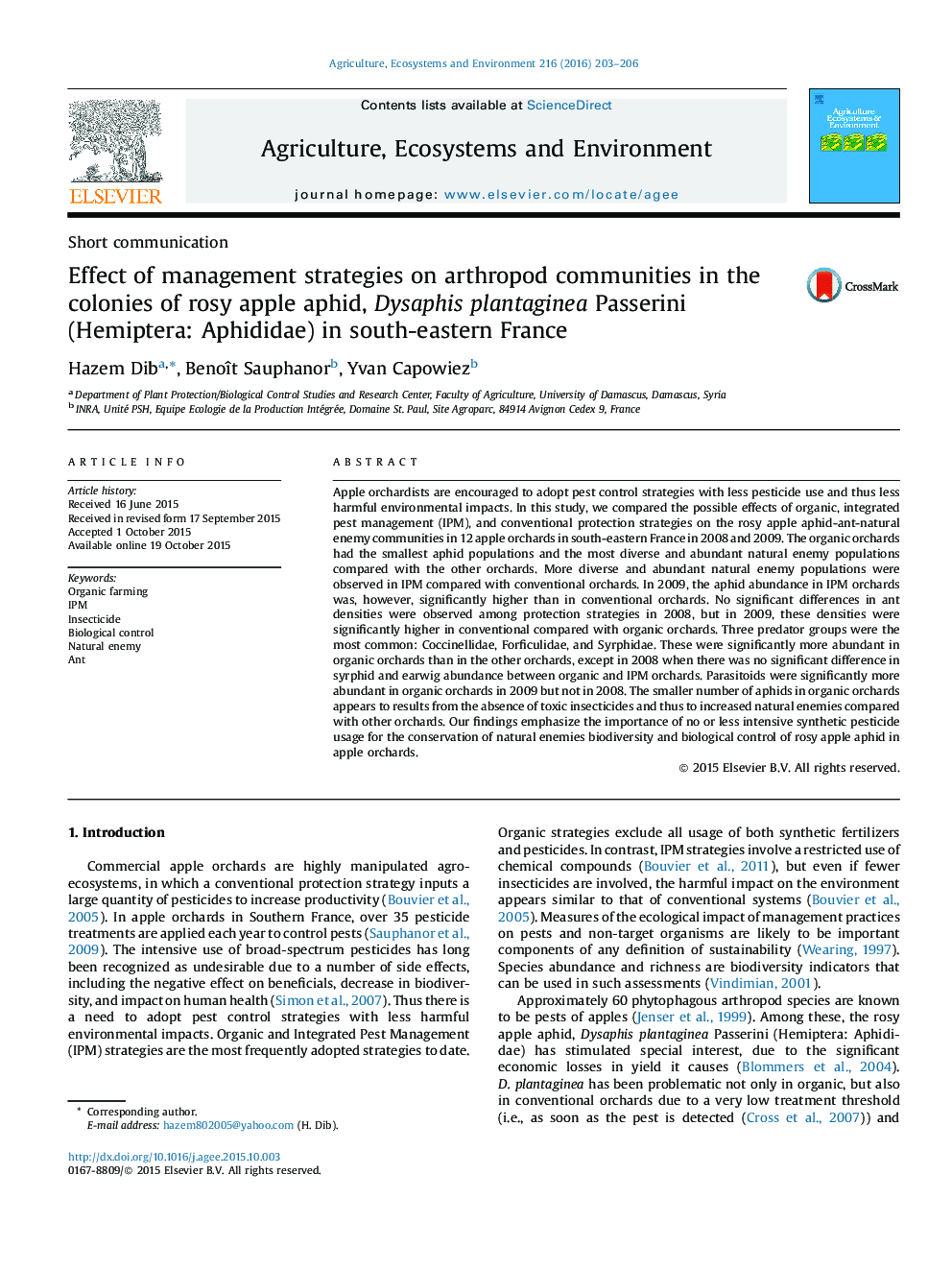 Apple orchardists are encouraged to adopt pest control strategies with less pesticide use and thus less harmful environmental impacts. In this study, we compared the possible effects of organic, integrated pest management (IPM), and conventional protection strategies on the rosy apple aphid-ant-natural enemy communities in 12 apple orchards in south-eastern France in 2008 and 2009. The organic orchards had the smallest aphid populations and the most diverse and abundant natural enemy populations compared with the other orchards. More diverse and abundant natural enemy populations were observed in IPM compared with conventional orchards. In 2009, the aphid abundance in IPM orchards was, however, significantly higher than in conventional orchards. No significant differences in ant densities were observed among protection strategies in 2008, but in 2009, these densities were significantly higher in conventional compared with organic orchards. Three predator groups were the most common: Coccinellidae, Forficulidae, and Syrphidae. These were significantly more abundant in organic orchards than in the other orchards, except in 2008 when there was no significant difference in syrphid and earwig abundance between organic and IPM orchards. Parasitoids were significantly more abundant in organic orchards in 2009 but not in 2008. The smaller number of aphids in organic orchards appears to results from the absence of toxic insecticides and thus to increased natural enemies compared with other orchards. Our findings emphasize the importance of no or less intensive synthetic pesticide usage for the conservation of natural enemies biodiversity and biological control of rosy apple aphid in apple orchards.