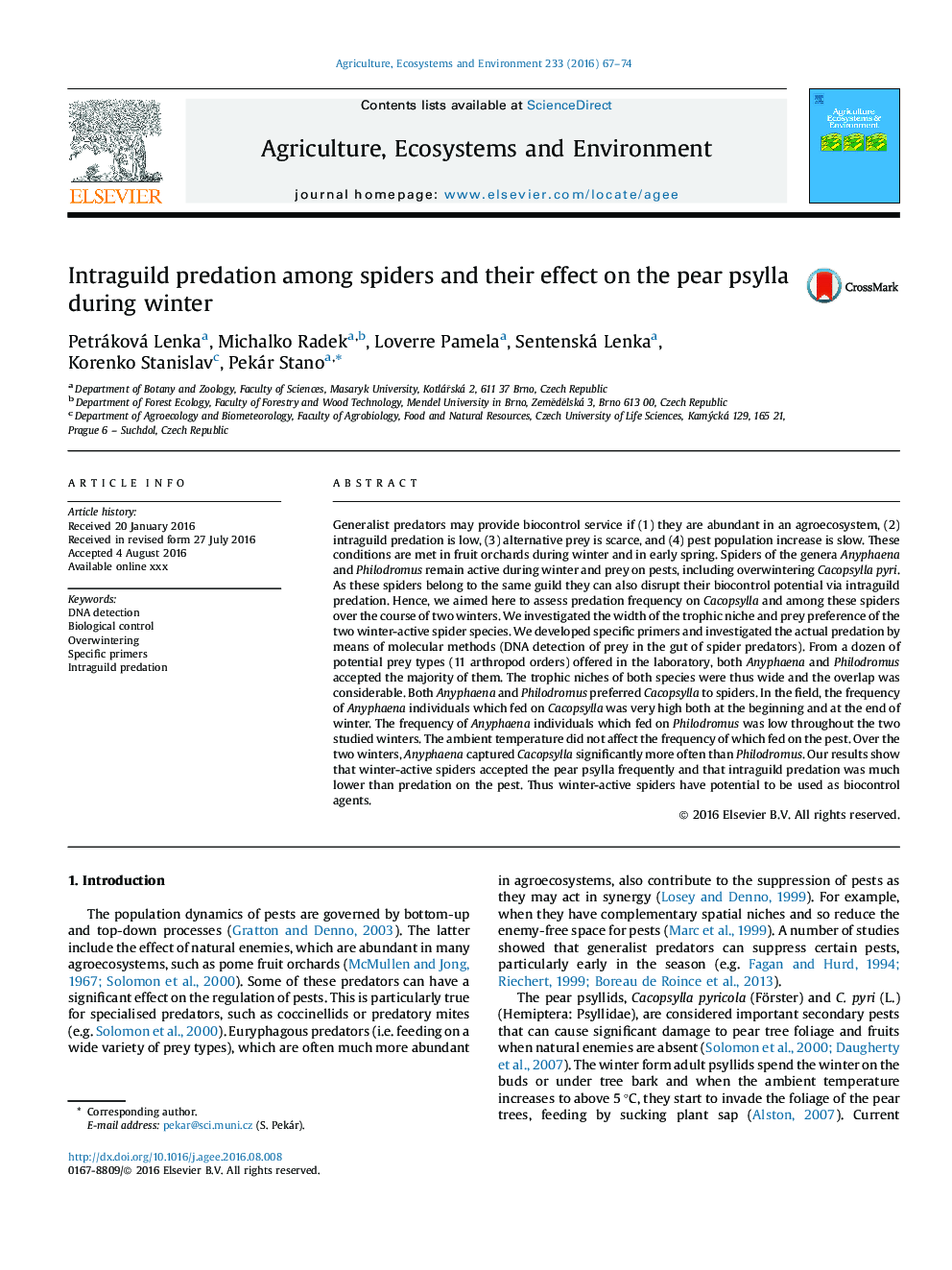 Generalist predators may provide biocontrol service if (1) they are abundant in an agroecosystem, (2) intraguild predation is low, (3) alternative prey is scarce, and (4) pest population increase is slow. These conditions are met in fruit orchards during winter and in early spring. Spiders of the genera Anyphaena and Philodromus remain active during winter and prey on pests, including overwintering Cacopsylla pyri. As these spiders belong to the same guild they can also disrupt their biocontrol potential via intraguild predation. Hence, we aimed here to assess predation frequency on Cacopsylla and among these spiders over the course of two winters. We investigated the width of the trophic niche and prey preference of the two winter-active spider species. We developed specific primers and investigated the actual predation by means of molecular methods (DNA detection of prey in the gut of spider predators). From a dozen of potential prey types (11 arthropod orders) offered in the laboratory, both Anyphaena and Philodromus accepted the majority of them. The trophic niches of both species were thus wide and the overlap was considerable. Both Anyphaena and Philodromus preferred Cacopsylla to spiders. In the field, the frequency of Anyphaena individuals which fed on Cacopsylla was very high both at the beginning and at the end of winter. The frequency of Anyphaena individuals which fed on Philodromus was low throughout the two studied winters. The ambient temperature did not affect the frequency of which fed on the pest. Over the two winters, Anyphaena captured Cacopsylla significantly more often than Philodromus. Our results show that winter-active spiders accepted the pear psylla frequently and that intraguild predation was much lower than predation on the pest. Thus winter-active spiders have potential to be used as biocontrol agents.