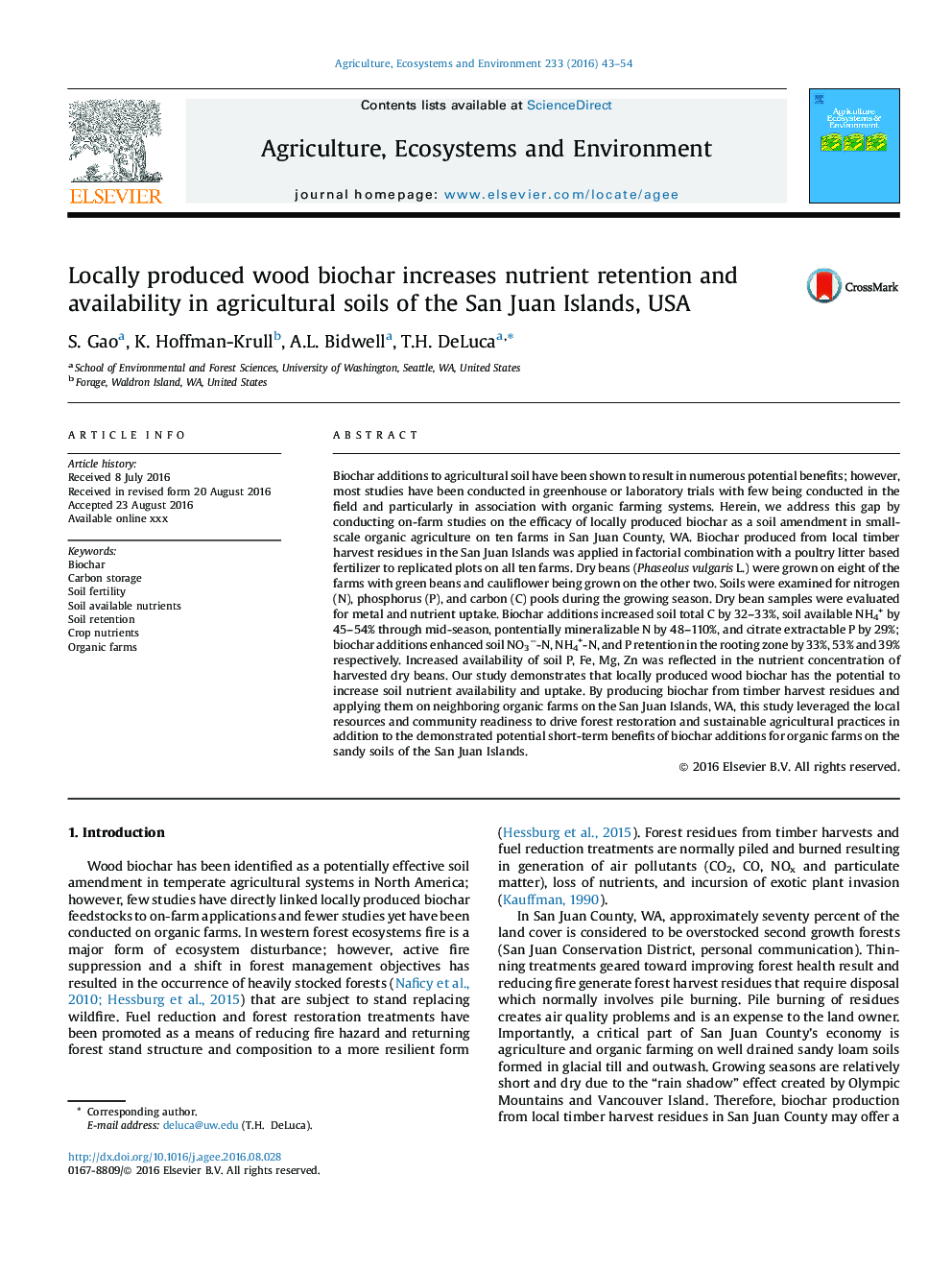 Biochar additions to agricultural soil have been shown to result in numerous potential benefits; however, most studies have been conducted in greenhouse or laboratory trials with few being conducted in the field and particularly in association with organic farming systems. Herein, we address this gap by conducting on-farm studies on the efficacy of locally produced biochar as a soil amendment in small-scale organic agriculture on ten farms in San Juan County, WA. Biochar produced from local timber harvest residues in the San Juan Islands was applied in factorial combination with a poultry litter based fertilizer to replicated plots on all ten farms. Dry beans (Phaseolus vulgaris L.) were grown on eight of the farms with green beans and cauliflower being grown on the other two. Soils were examined for nitrogen (N), phosphorus (P), and carbon (C) pools during the growing season. Dry bean samples were evaluated for metal and nutrient uptake. Biochar additions increased soil total C by 32–33%, soil available NH4+ by 45–54% through mid-season, pontentially mineralizable N by 48–110%, and citrate extractable P by 29%; biochar additions enhanced soil NO3−-N, NH4+-N, and P retention in the rooting zone by 33%, 53% and 39% respectively. Increased availability of soil P, Fe, Mg, Zn was reflected in the nutrient concentration of harvested dry beans. Our study demonstrates that locally produced wood biochar has the potential to increase soil nutrient availability and uptake. By producing biochar from timber harvest residues and applying them on neighboring organic farms on the San Juan Islands, WA, this study leveraged the local resources and community readiness to drive forest restoration and sustainable agricultural practices in addition to the demonstrated potential short-term benefits of biochar additions for organic farms on the sandy soils of the San Juan Islands.