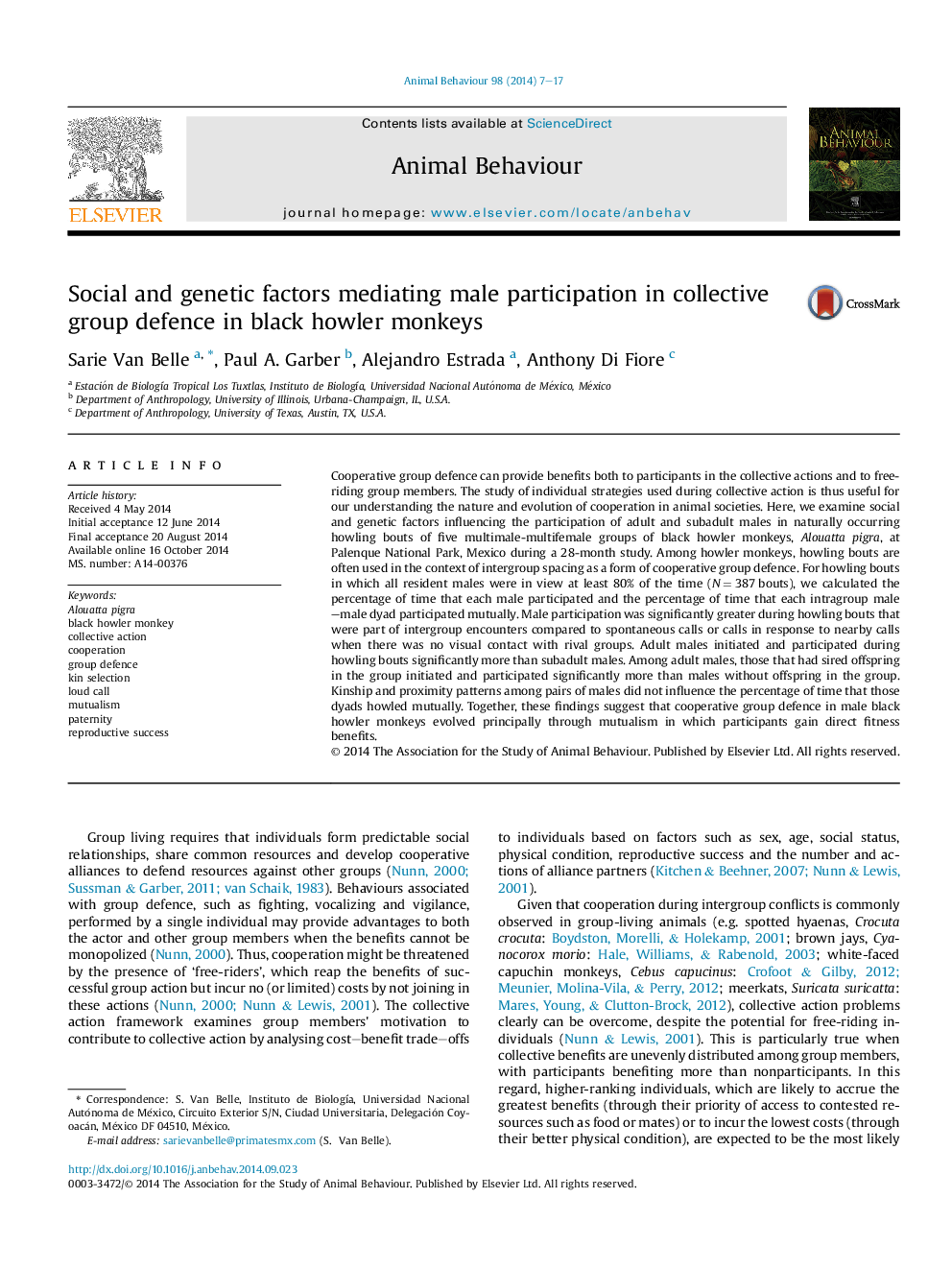 Cooperative group defence can provide benefits both to participants in the collective actions and to free-riding group members. The study of individual strategies used during collective action is thus useful for our understanding the nature and evolution of cooperation in animal societies. Here, we examine social and genetic factors influencing the participation of adult and subadult males in naturally occurring howling bouts of five multimale-multifemale groups of black howler monkeys, Alouatta pigra, at Palenque National Park, Mexico during a 28-month study. Among howler monkeys, howling bouts are often used in the context of intergroup spacing as a form of cooperative group defence. For howling bouts in which all resident males were in view at least 80% of the time (N = 387 bouts), we calculated the percentage of time that each male participated and the percentage of time that each intragroup male–male dyad participated mutually. Male participation was significantly greater during howling bouts that were part of intergroup encounters compared to spontaneous calls or calls in response to nearby calls when there was no visual contact with rival groups. Adult males initiated and participated during howling bouts significantly more than subadult males. Among adult males, those that had sired offspring in the group initiated and participated significantly more than males without offspring in the group. Kinship and proximity patterns among pairs of males did not influence the percentage of time that those dyads howled mutually. Together, these findings suggest that cooperative group defence in male black howler monkeys evolved principally through mutualism in which participants gain direct fitness benefits.