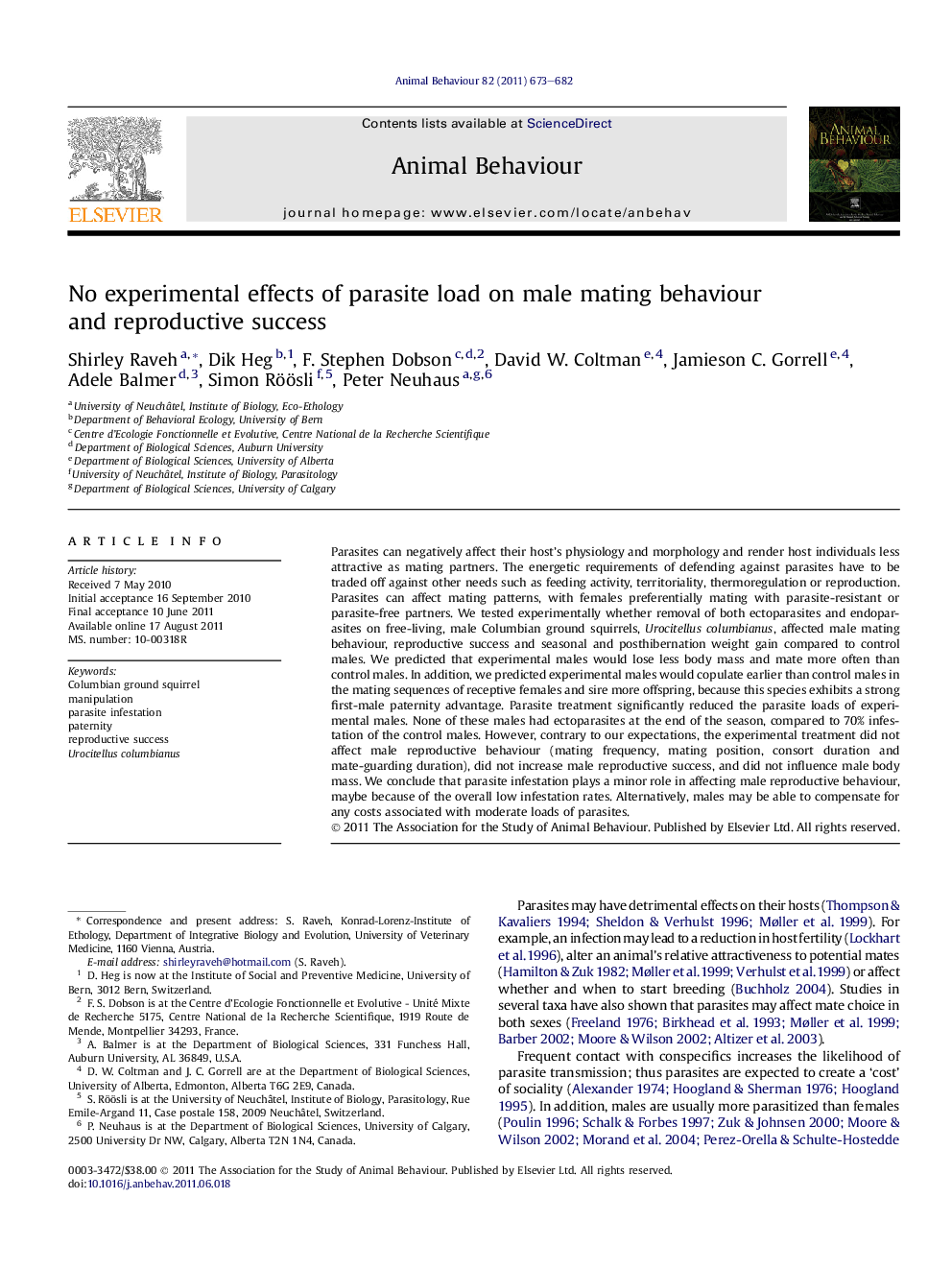 Parasites can negatively affect their host’s physiology and morphology and render host individuals less attractive as mating partners. The energetic requirements of defending against parasites have to be traded off against other needs such as feeding activity, territoriality, thermoregulation or reproduction. Parasites can affect mating patterns, with females preferentially mating with parasite-resistant or parasite-free partners. We tested experimentally whether removal of both ectoparasites and endoparasites on free-living, male Columbian ground squirrels, Urocitellus columbianus, affected male mating behaviour, reproductive success and seasonal and posthibernation weight gain compared to control males. We predicted that experimental males would lose less body mass and mate more often than control males. In addition, we predicted experimental males would copulate earlier than control males in the mating sequences of receptive females and sire more offspring, because this species exhibits a strong first-male paternity advantage. Parasite treatment significantly reduced the parasite loads of experimental males. None of these males had ectoparasites at the end of the season, compared to 70% infestation of the control males. However, contrary to our expectations, the experimental treatment did not affect male reproductive behaviour (mating frequency, mating position, consort duration and mate-guarding duration), did not increase male reproductive success, and did not influence male body mass. We conclude that parasite infestation plays a minor role in affecting male reproductive behaviour, maybe because of the overall low infestation rates. Alternatively, males may be able to compensate for any costs associated with moderate loads of parasites.