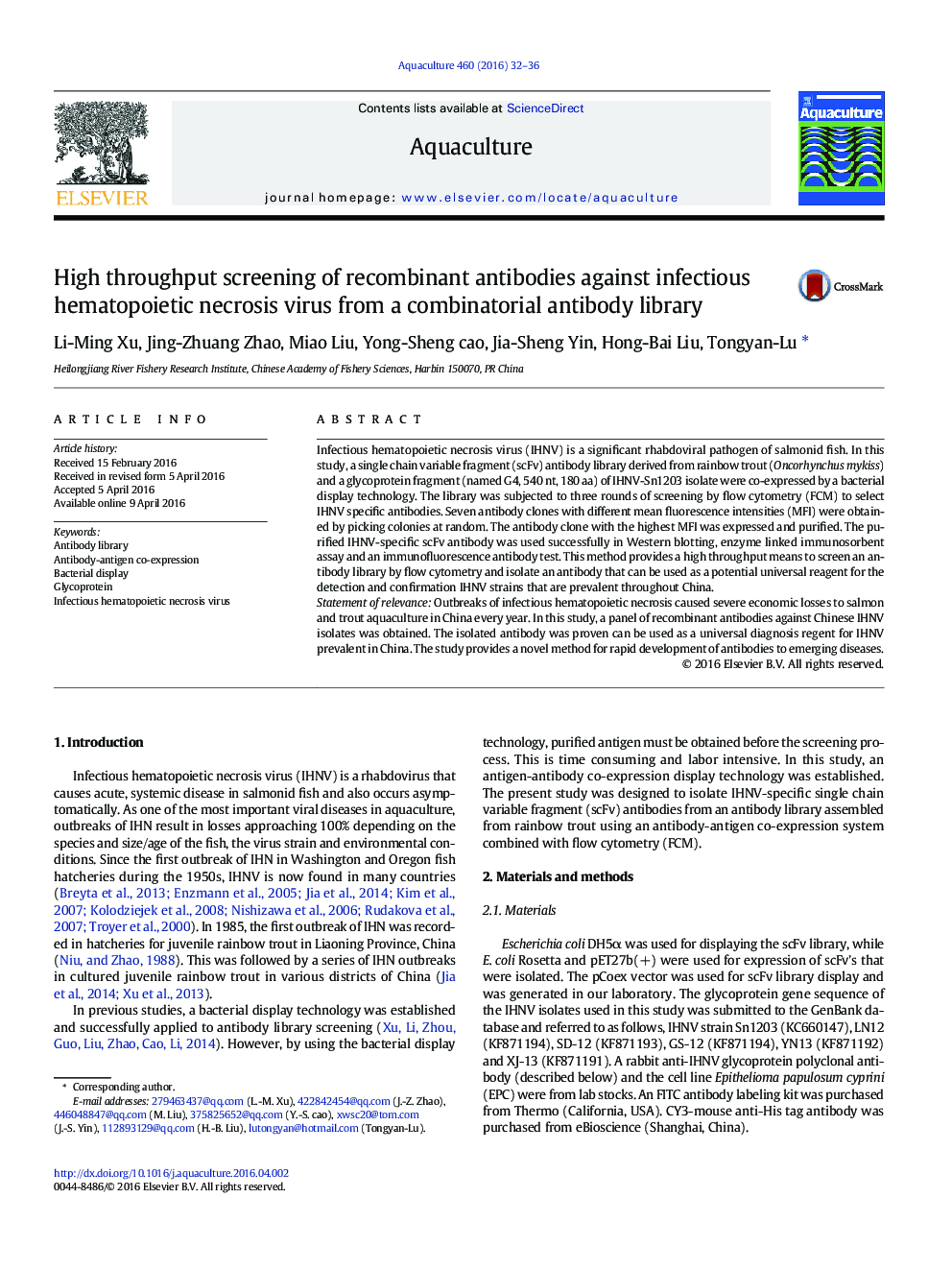 • A high throughput technique for screening of recombinant antibody was established.
• A panel of antibodies against Chinese infectious hematopoietic necrosis virus was isolated.
• The isolated antibody can be used as a universal diagnosis reagent for IHNV prevalent in China.
• The study provides a novel method for rapid development of antibodies to emerging diseases.

Infectious hematopoietic necrosis virus (IHNV) is a significant rhabdoviral pathogen of salmonid fish. In this study, a single chain variable fragment (scFv) antibody library derived from rainbow trout (Oncorhynchus mykiss) and a glycoprotein fragment (named G4, 540 nt, 180 aa) of IHNV-Sn1203 isolate were co-expressed by a bacterial display technology. The library was subjected to three rounds of screening by flow cytometry (FCM) to select IHNV specific antibodies. Seven antibody clones with different mean fluorescence intensities (MFI) were obtained by picking colonies at random. The antibody clone with the highest MFI was expressed and purified. The purified IHNV-specific scFv antibody was used successfully in Western blotting, enzyme linked immunosorbent assay and an immunofluorescence antibody test. This method provides a high throughput means to screen an antibody library by flow cytometry and isolate an antibody that can be used as a potential universal reagent for the detection and confirmation IHNV strains that are prevalent throughout China.Statement of relevanceOutbreaks of infectious hematopoietic necrosis caused severe economic losses to salmon and trout aquaculture in China every year. In this study, a panel of recombinant antibodies against Chinese IHNV isolates was obtained. The isolated antibody was proven can be used as a universal diagnosis regent for IHNV prevalent in China. The study provides a novel method for rapid development of antibodies to emerging diseases.