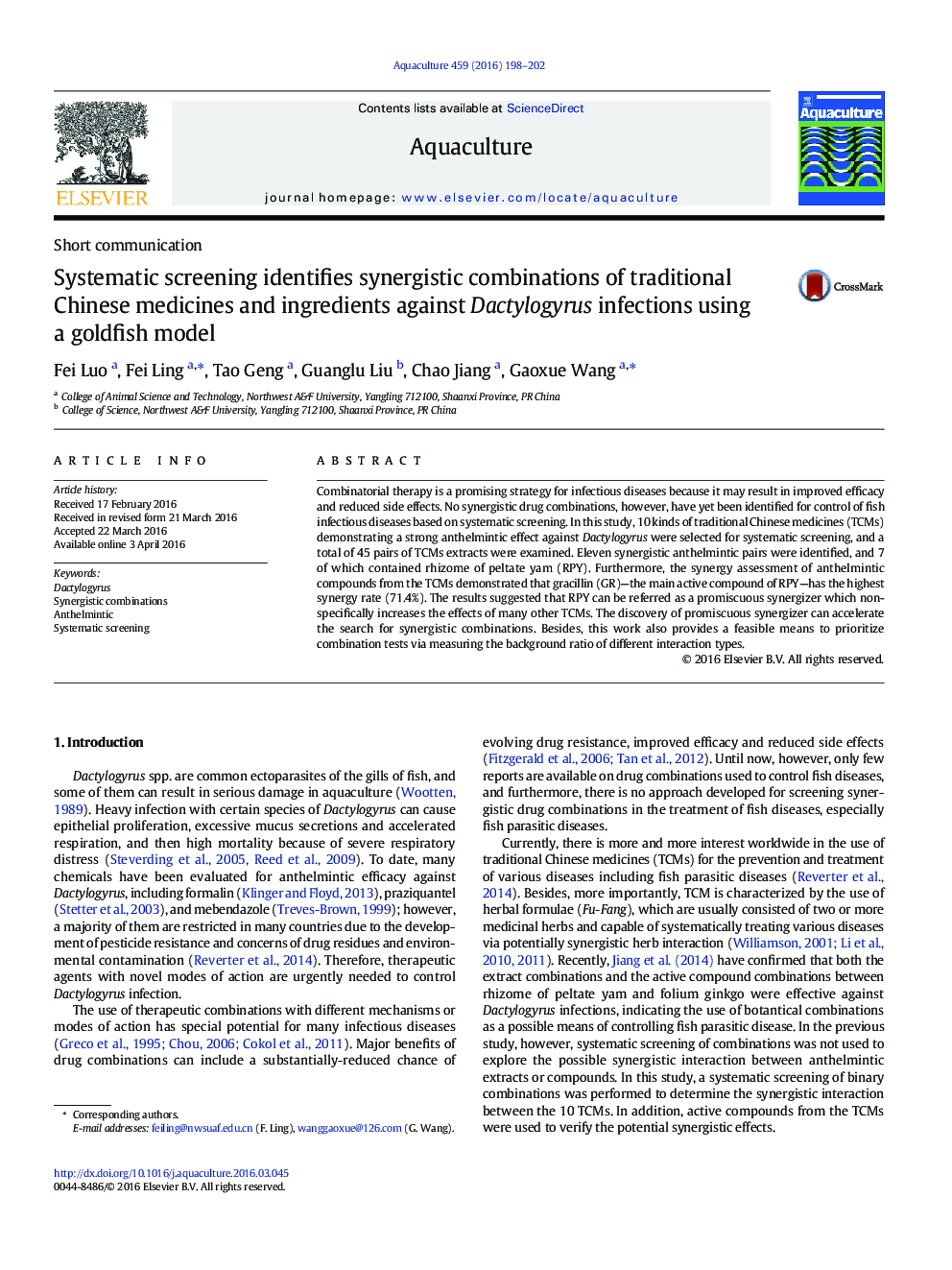 Combinatorial therapy is a promising strategy for infectious diseases because it may result in improved efficacy and reduced side effects. No synergistic drug combinations, however, have yet been identified for control of fish infectious diseases based on systematic screening. In this study, 10 kinds of traditional Chinese medicines (TCMs) demonstrating a strong anthelmintic effect against Dactylogyrus were selected for systematic screening, and a total of 45 pairs of TCMs extracts were examined. Eleven synergistic anthelmintic pairs were identified, and 7 of which contained rhizome of peltate yam (RPY). Furthermore, the synergy assessment of anthelmintic compounds from the TCMs demonstrated that gracillin (GR)—the main active compound of RPY—has the highest synergy rate (71.4%). The results suggested that RPY can be referred as a promiscuous synergizer which non-specifically increases the effects of many other TCMs. The discovery of promiscuous synergizer can accelerate the search for synergistic combinations. Besides, this work also provides a feasible means to prioritize combination tests via measuring the background ratio of different interaction types.