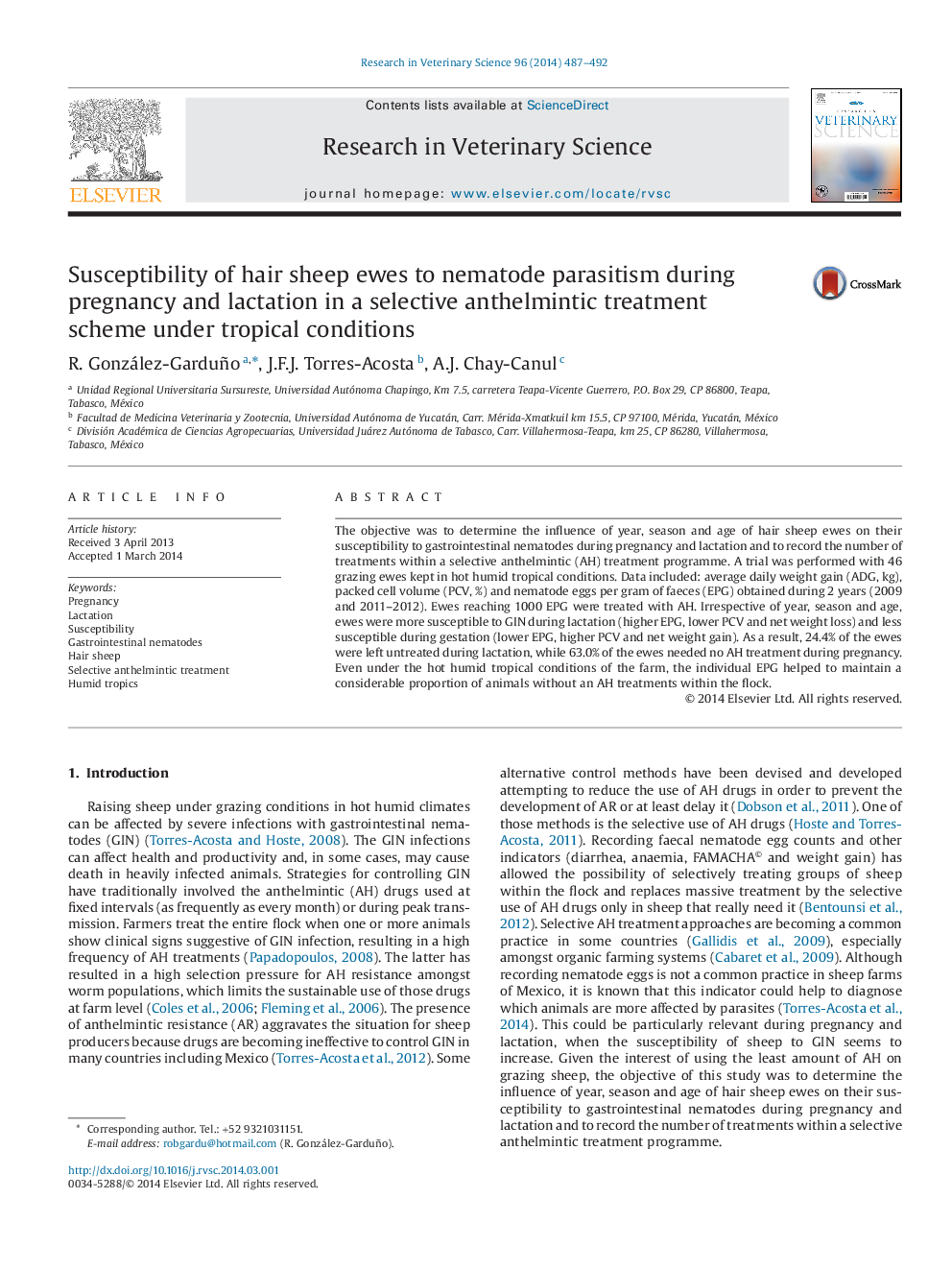 The objective was to determine the influence of year, season and age of hair sheep ewes on their susceptibility to gastrointestinal nematodes during pregnancy and lactation and to record the number of treatments within a selective anthelmintic (AH) treatment programme. A trial was performed with 46 grazing ewes kept in hot humid tropical conditions. Data included: average daily weight gain (ADG, kg), packed cell volume (PCV, %) and nematode eggs per gram of faeces (EPG) obtained during 2 years (2009 and 2011–2012). Ewes reaching 1000 EPG were treated with AH. Irrespective of year, season and age, ewes were more susceptible to GIN during lactation (higher EPG, lower PCV and net weight loss) and less susceptible during gestation (lower EPG, higher PCV and net weight gain). As a result, 24.4% of the ewes were left untreated during lactation, while 63.0% of the ewes needed no AH treatment during pregnancy. Even under the hot humid tropical conditions of the farm, the individual EPG helped to maintain a considerable proportion of animals without an AH treatments within the flock.