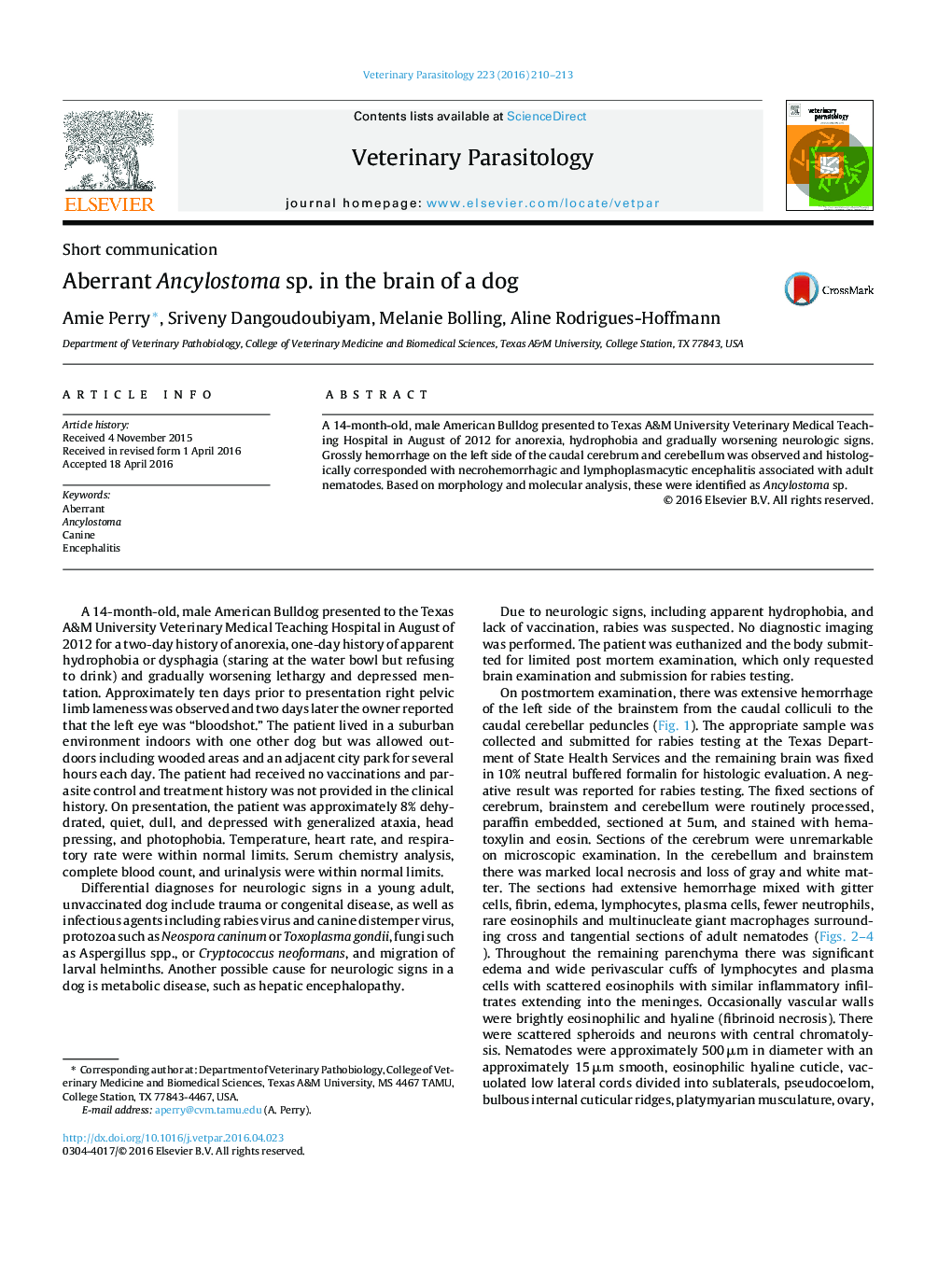 • A case of acute onset progressive neurological signs in a dog is reported.
• Nematodes, hemorrhage and necrosis were observed in the brainstem.
• Nematodes were diagnosed as adult Ancylostoma sp. based on morphology and PCR.
• No other explanation for neurologic signs was found.

A 14-month-old, male American Bulldog presented to Texas A&M University Veterinary Medical Teaching Hospital in August of 2012 for anorexia, hydrophobia and gradually worsening neurologic signs. Grossly hemorrhage on the left side of the caudal cerebrum and cerebellum was observed and histologically corresponded with necrohemorrhagic and lymphoplasmacytic encephalitis associated with adult nematodes. Based on morphology and molecular analysis, these were identified as Ancylostoma sp.