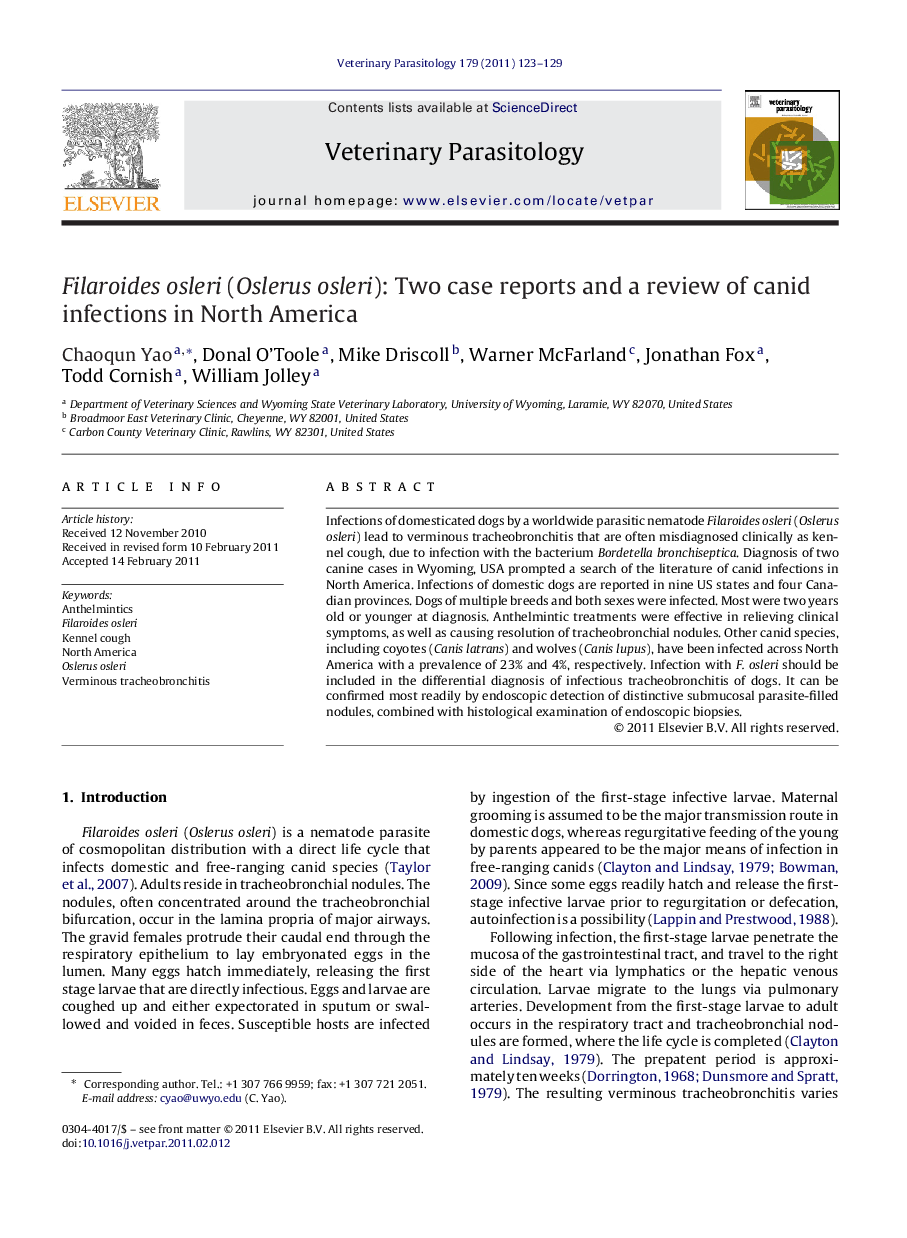 Infections of domesticated dogs by a worldwide parasitic nematode Filaroides osleri (Oslerus osleri) lead to verminous tracheobronchitis that are often misdiagnosed clinically as kennel cough, due to infection with the bacterium Bordetella bronchiseptica. Diagnosis of two canine cases in Wyoming, USA prompted a search of the literature of canid infections in North America. Infections of domestic dogs are reported in nine US states and four Canadian provinces. Dogs of multiple breeds and both sexes were infected. Most were two years old or younger at diagnosis. Anthelmintic treatments were effective in relieving clinical symptoms, as well as causing resolution of tracheobronchial nodules. Other canid species, including coyotes (Canis latrans) and wolves (Canis lupus), have been infected across North America with a prevalence of 23% and 4%, respectively. Infection with F. osleri should be included in the differential diagnosis of infectious tracheobronchitis of dogs. It can be confirmed most readily by endoscopic detection of distinctive submucosal parasite-filled nodules, combined with histological examination of endoscopic biopsies.