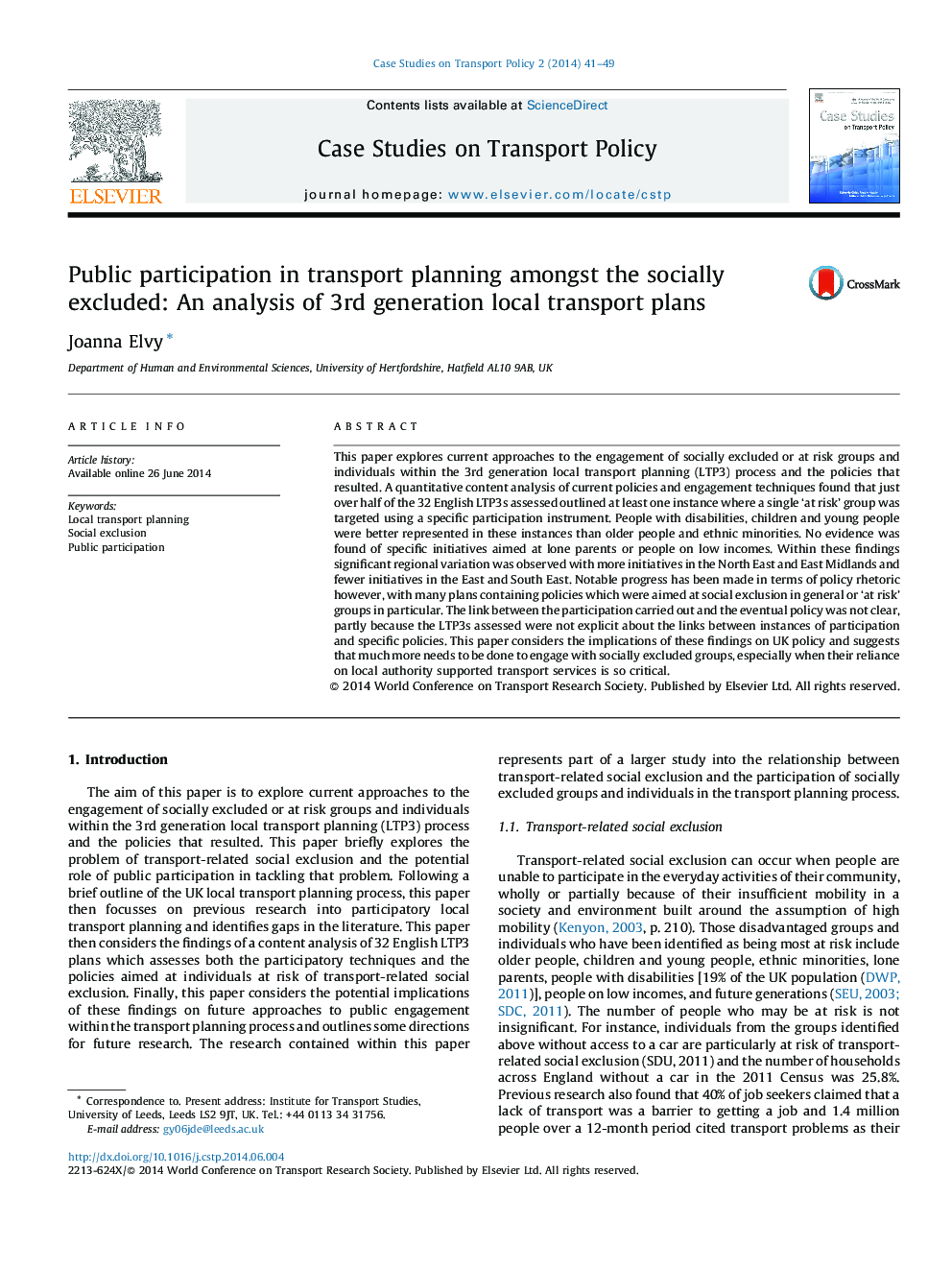 • Policies and engagement of the socially excluded in English local transport plans.
• A quantitative content analysis of 32 English local transport plans (LTP3s).
• Participation aimed at those at risk of social exclusion was regionally variable.
• Many plans contained policies aimed at social exclusion or at risk groups.
• Participatory outcomes require further research and good practice must be shared.

This paper explores current approaches to the engagement of socially excluded or at risk groups and individuals within the 3rd generation local transport planning (LTP3) process and the policies that resulted. A quantitative content analysis of current policies and engagement techniques found that just over half of the 32 English LTP3s assessed outlined at least one instance where a single ‘at risk’ group was targeted using a specific participation instrument. People with disabilities, children and young people were better represented in these instances than older people and ethnic minorities. No evidence was found of specific initiatives aimed at lone parents or people on low incomes. Within these findings significant regional variation was observed with more initiatives in the North East and East Midlands and fewer initiatives in the East and South East. Notable progress has been made in terms of policy rhetoric however, with many plans containing policies which were aimed at social exclusion in general or ‘at risk’ groups in particular. The link between the participation carried out and the eventual policy was not clear, partly because the LTP3s assessed were not explicit about the links between instances of participation and specific policies. This paper considers the implications of these findings on UK policy and suggests that much more needs to be done to engage with socially excluded groups, especially when their reliance on local authority supported transport services is so critical.