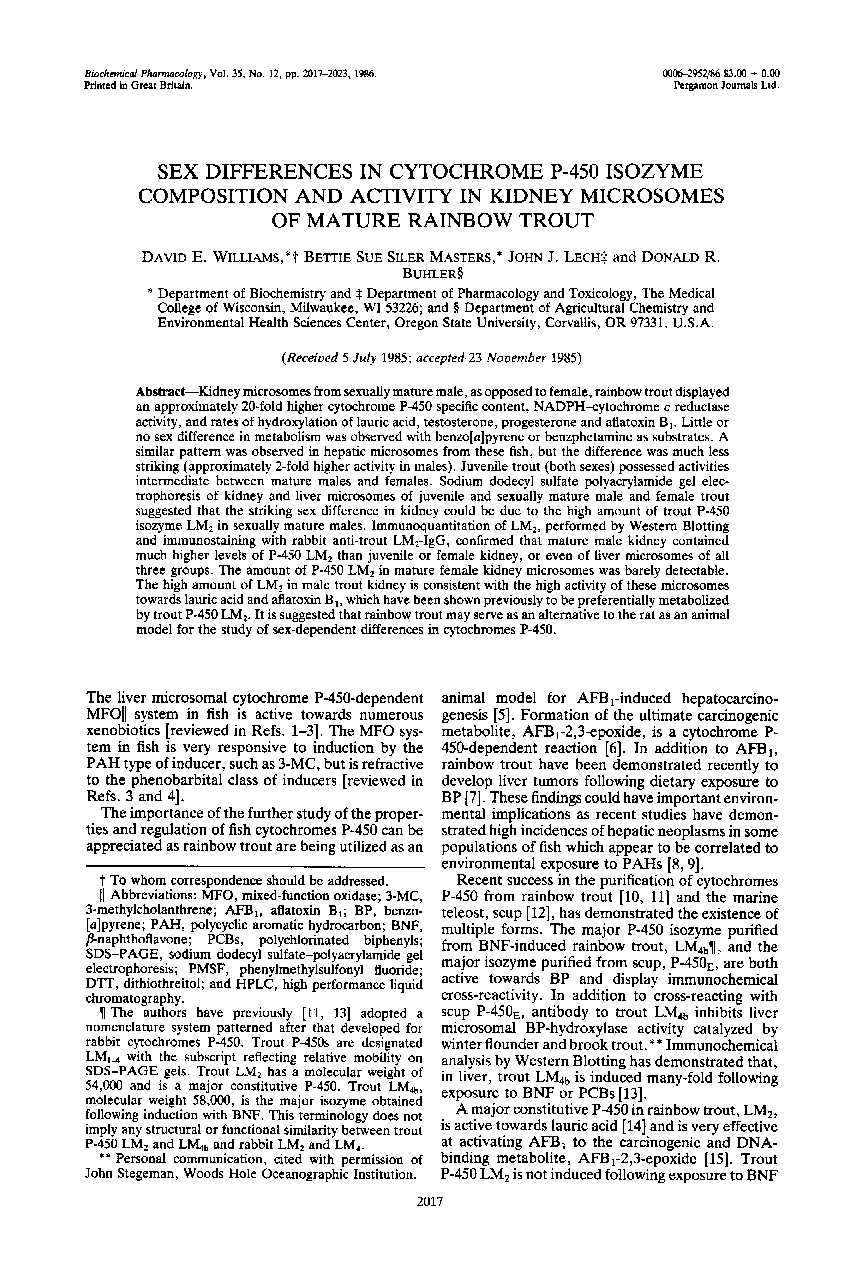 Kidney microsomes from sexually mature male, as opposed to female, rainbow trout displayed an approximately 20-fold higher cytochrome P-450 specific content, NADPH-cytochrome c reductase activity, and rates of hydroxylation of lauric acid, testosterone, progesterone and aflatoxin B1. Little or no sex difference in metabolism was observed with benzo[a]pyrene or benzphetamine as substrates. A similar pattern was observed in hepatic microsomes from these fish, but the difference was much less striking (approximately 2-fold higher activity in males). Juvenile trout (both sexes) possessed activities intermediate between mature males and females. Sodium dodecyl sulfate polyacrylamide gel electrophoresis of kidney and liver microsomes of juvenile and sexually mature male and female trout suggested that the striking sex difference in kidney could be due to the high amount of trout P-450 isozyme LM2 in sexually mature males. Immunoquantitation of LM2, performed by Western Blotting and immunostaining with rabbit anti-trout LM2-IgG, confirmed that mature male kidney contained much higher levels of P-450 LM2 than juvenile or female kidney, or even of liver microsomes of all three groups. The amount of P-450 LM2 in mature female kidney microsomes was barely detectable. The high amount of LM2 in male trout kidney is consistent with the high activity of these microsomes towards lauric acid and aflatoxin B1, which have been shown previously to be preferentially metabolized by trout P-450 LM2. It is suggested that rainbow trout may serve as an alternative to the rat as an animal model for the study of sex-dependent differences in cytochromes P-450.