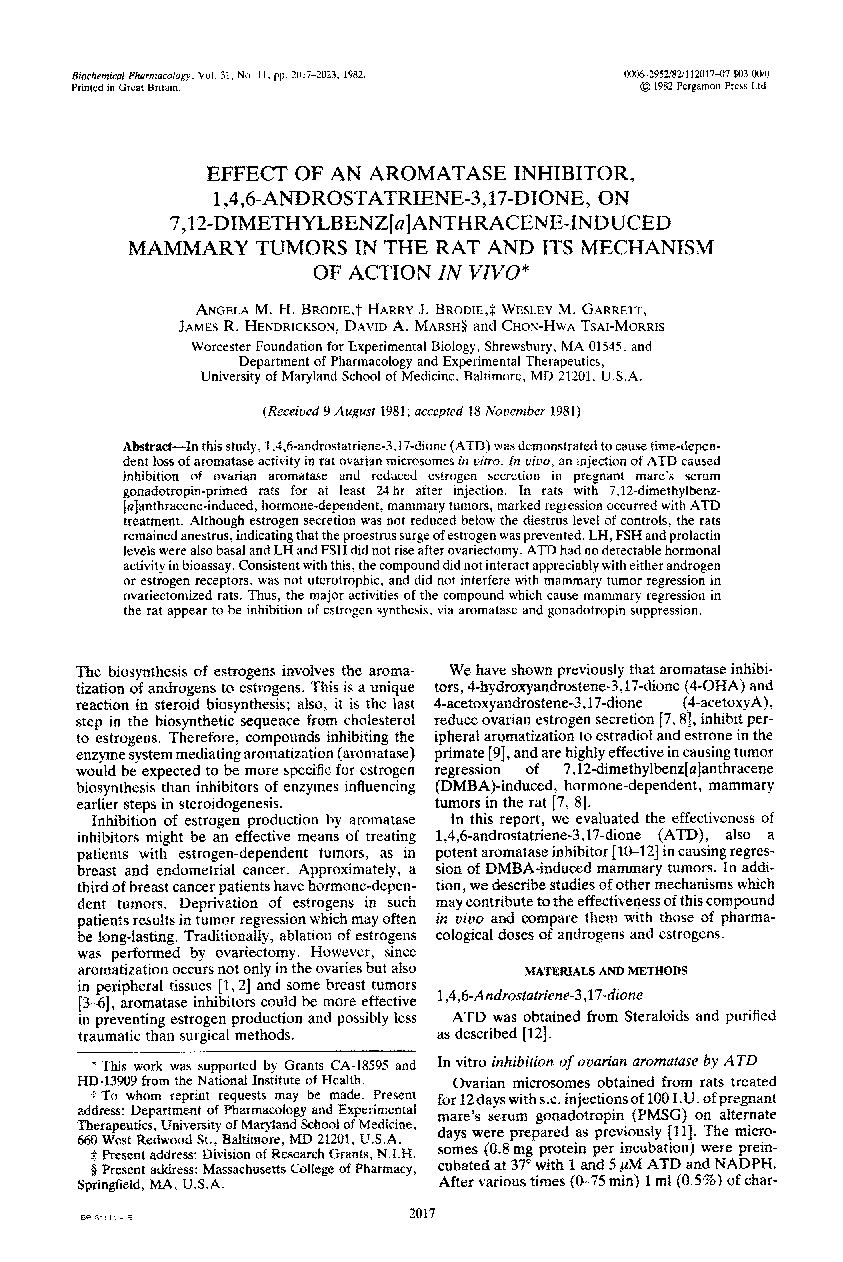 In this study, 1,4,6-androstatriene-3,17-dione (ATD) was demonstrated to cause time-dependent loss of aromatase activity in rat ovarian microsomes in vitro. In vivo, an injection of ATD caused inhibition of ovarian aromatase and reduced estrogen secretion in pregnant mare's serum gonadotropin-primed rats for at least 24 hr after injection. In rats with 7,12-dimethylbenz-[a]anthracene-induced, hormone-dependent, mammary tumors, marked regression occurred with ATD treatment. Although estrogen secretion was not reduced below the diestrus level of controls, the rats remained anestrus, indicating that the proestrus surge of estrogen was prevented. LH, FSH and prolactin levels were also basal and LH and FSH did not rise after ovariectomy. ATD had no detectable hormonal activity in bioassay. Consistent with this, the compound did not interact appreciably with either androgen or estrogen receptors, was not uterotrophic, and did not interfere with mammary tumor regression in ovariectomized rats. Thus, the major activities of the compound which cause mammary regression in the rat appear to be inhibition of estrogen synthesis, via aromatase and gonadotropin suppression.