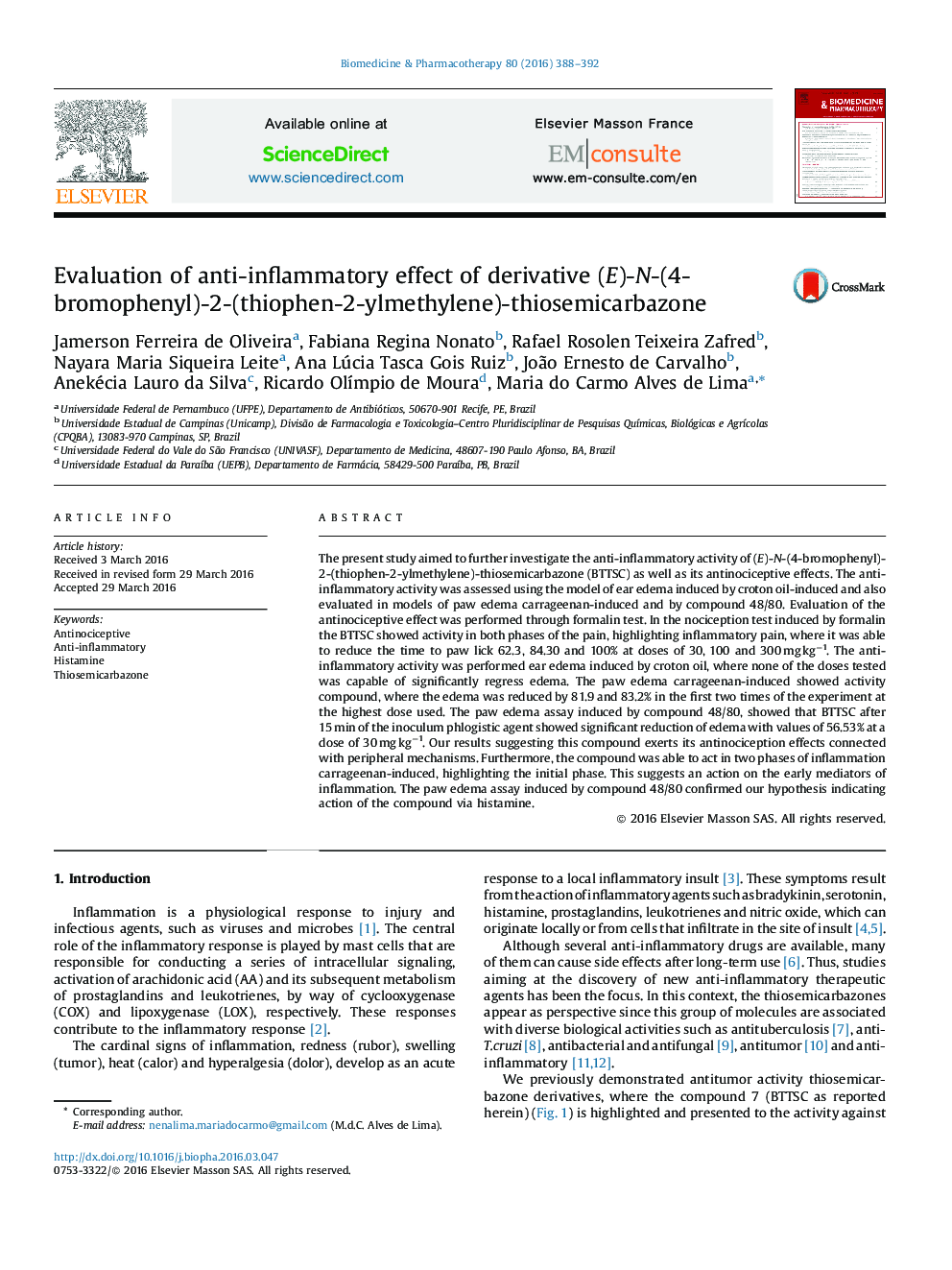 The present study aimed to further investigate the anti-inflammatory activity of (E)-N-(4-bromophenyl)-2-(thiophen-2-ylmethylene)-thiosemicarbazone (BTTSC) as well as its antinociceptive effects. The anti-inflammatory activity was assessed using the model of ear edema induced by croton oil-induced and also evaluated in models of paw edema carrageenan-induced and by compound 48/80. Evaluation of the antinociceptive effect was performed through formalin test. In the nociception test induced by formalin the BTTSC showed activity in both phases of the pain, highlighting inflammatory pain, where it was able to reduce the time to paw lick 62.3, 84.30 and 100% at doses of 30, 100 and 300 mg kg−1. The anti-inflammatory activity was performed ear edema induced by croton oil, where none of the doses tested was capable of significantly regress edema. The paw edema carrageenan-induced showed activity compound, where the edema was reduced by 81.9 and 83.2% in the first two times of the experiment at the highest dose used. The paw edema assay induced by compound 48/80, showed that BTTSC after 15 min of the inoculum phlogistic agent showed significant reduction of edema with values of 56.53% at a dose of 30 mg kg−1. Our results suggesting this compound exerts its antinociception effects connected with peripheral mechanisms. Furthermore, the compound was able to act in two phases of inflammation carrageenan-induced, highlighting the initial phase. This suggests an action on the early mediators of inflammation. The paw edema assay induced by compound 48/80 confirmed our hypothesis indicating action of the compound via histamine.