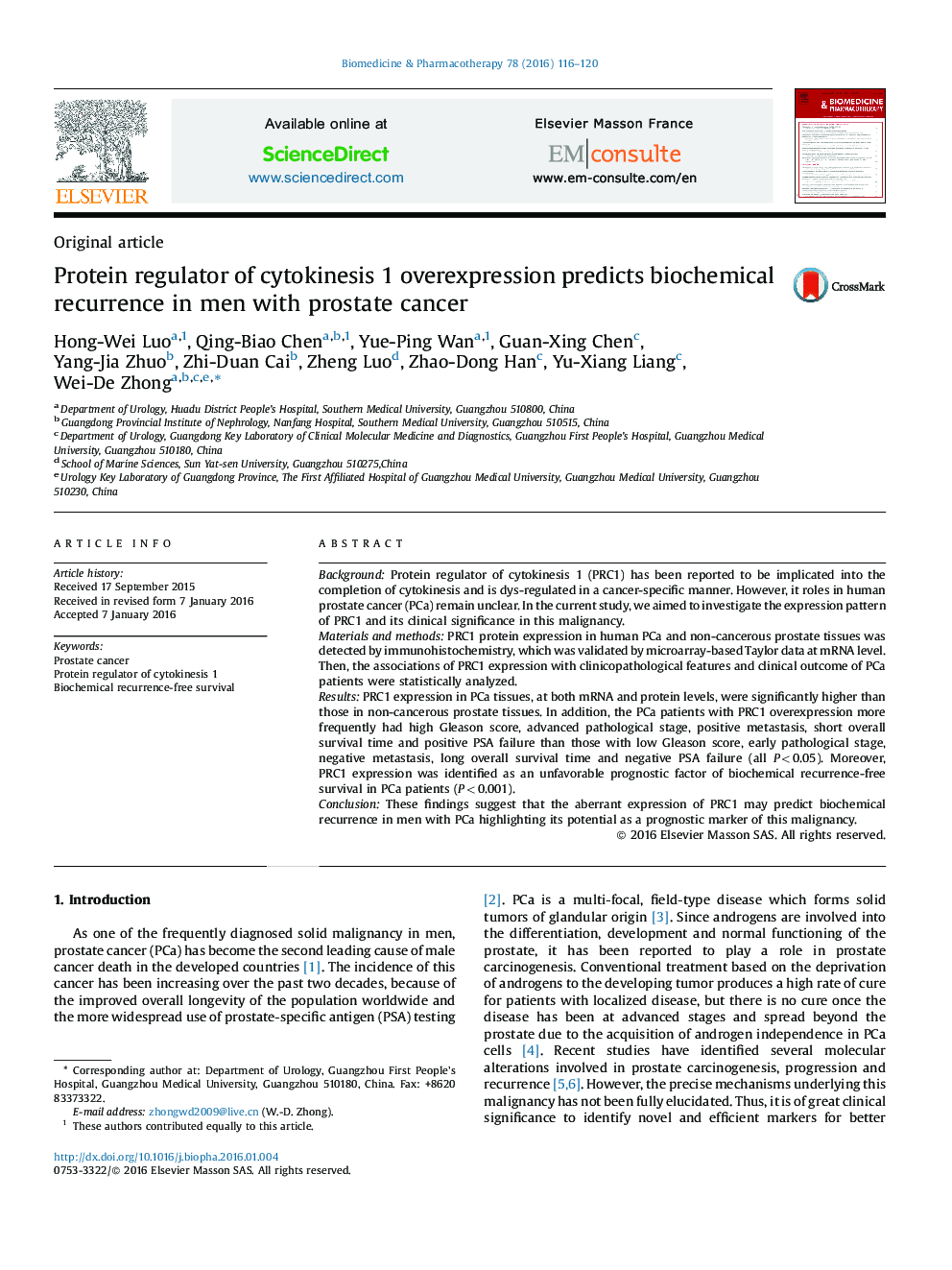 BackgroundProtein regulator of cytokinesis 1 (PRC1) has been reported to be implicated into the completion of cytokinesis and is dys-regulated in a cancer-specific manner. However, it roles in human prostate cancer (PCa) remain unclear. In the current study, we aimed to investigate the expression pattern of PRC1 and its clinical significance in this malignancy.Materials and methodsPRC1 protein expression in human PCa and non-cancerous prostate tissues was detected by immunohistochemistry, which was validated by microarray-based Taylor data at mRNA level. Then, the associations of PRC1 expression with clinicopathological features and clinical outcome of PCa patients were statistically analyzed.ResultsPRC1 expression in PCa tissues, at both mRNA and protein levels, were significantly higher than those in non-cancerous prostate tissues. In addition, the PCa patients with PRC1 overexpression more frequently had high Gleason score, advanced pathological stage, positive metastasis, short overall survival time and positive PSA failure than those with low Gleason score, early pathological stage, negative metastasis, long overall survival time and negative PSA failure (all P < 0.05). Moreover, PRC1 expression was identified as an unfavorable prognostic factor of biochemical recurrence-free survival in PCa patients (P < 0.001).ConclusionThese findings suggest that the aberrant expression of PRC1 may predict biochemical recurrence in men with PCa highlighting its potential as a prognostic marker of this malignancy.