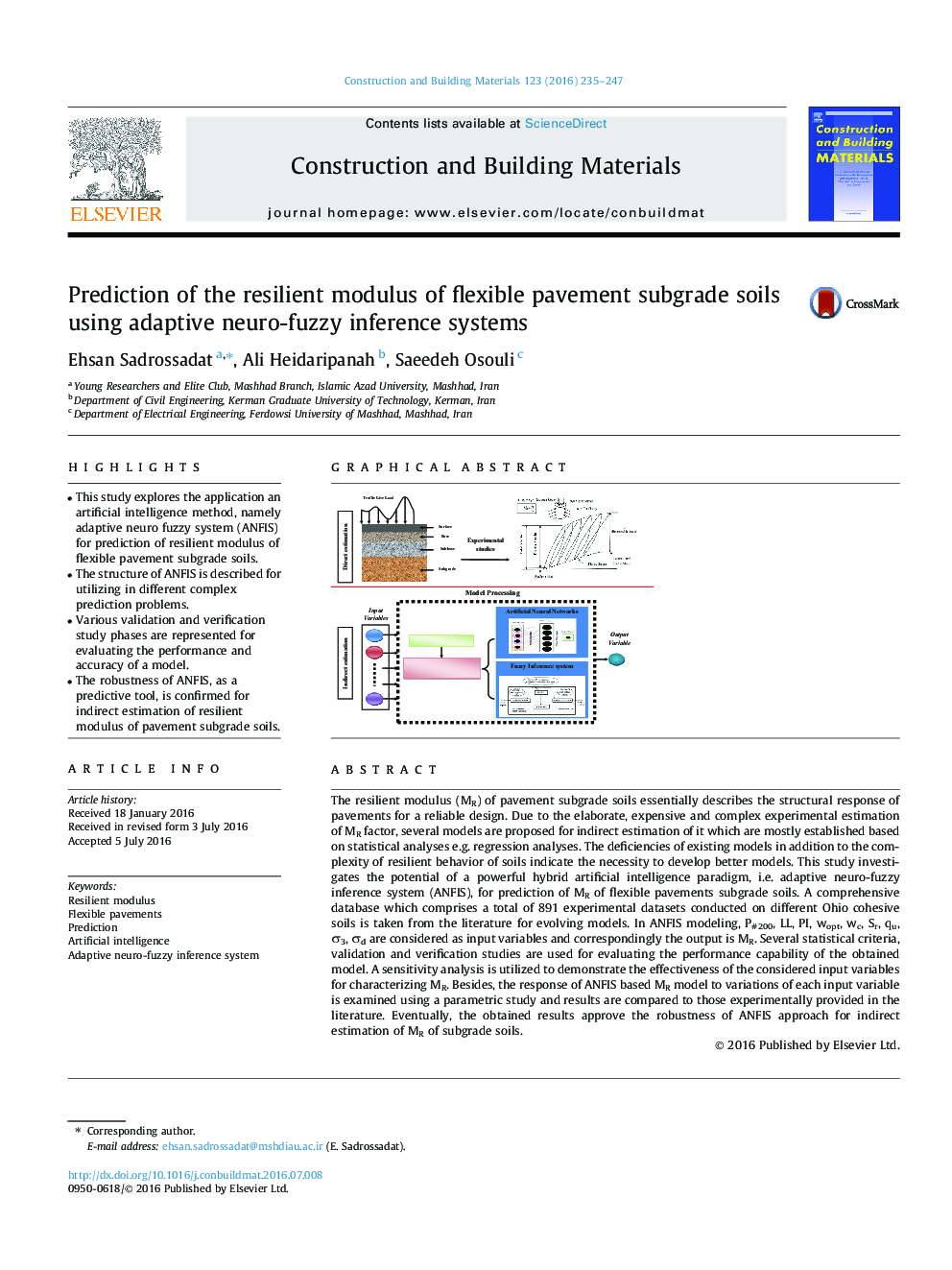 • This study explores the application an artificial intelligence method, namely adaptive neuro fuzzy system (ANFIS) for prediction of resilient modulus of flexible pavement subgrade soils.
• The structure of ANFIS is described for utilizing in different complex prediction problems.
• Various validation and verification study phases are represented for evaluating the performance and accuracy of a model.
• The robustness of ANFIS, as a predictive tool, is confirmed for indirect estimation of resilient modulus of pavement subgrade soils.

The resilient modulus (MR) of pavement subgrade soils essentially describes the structural response of pavements for a reliable design. Due to the elaborate, expensive and complex experimental estimation of MR factor, several models are proposed for indirect estimation of it which are mostly established based on statistical analyses e.g. regression analyses. The deficiencies of existing models in addition to the complexity of resilient behavior of soils indicate the necessity to develop better models. This study investigates the potential of a powerful hybrid artificial intelligence paradigm, i.e. adaptive neuro-fuzzy inference system (ANFIS), for prediction of MR of flexible pavements subgrade soils. A comprehensive database which comprises a total of 891 experimental datasets conducted on different Ohio cohesive soils is taken from the literature for evolving models. In ANFIS modeling, P#200, LL, PI, wopt, wc, Sr, qu, σ3, σd are considered as input variables and correspondingly the output is MR. Several statistical criteria, validation and verification studies are used for evaluating the performance capability of the obtained model. A sensitivity analysis is utilized to demonstrate the effectiveness of the considered input variables for characterizing MR. Besides, the response of ANFIS based MR model to variations of each input variable is examined using a parametric study and results are compared to those experimentally provided in the literature. Eventually, the obtained results approve the robustness of ANFIS approach for indirect estimation of MR of subgrade soils.