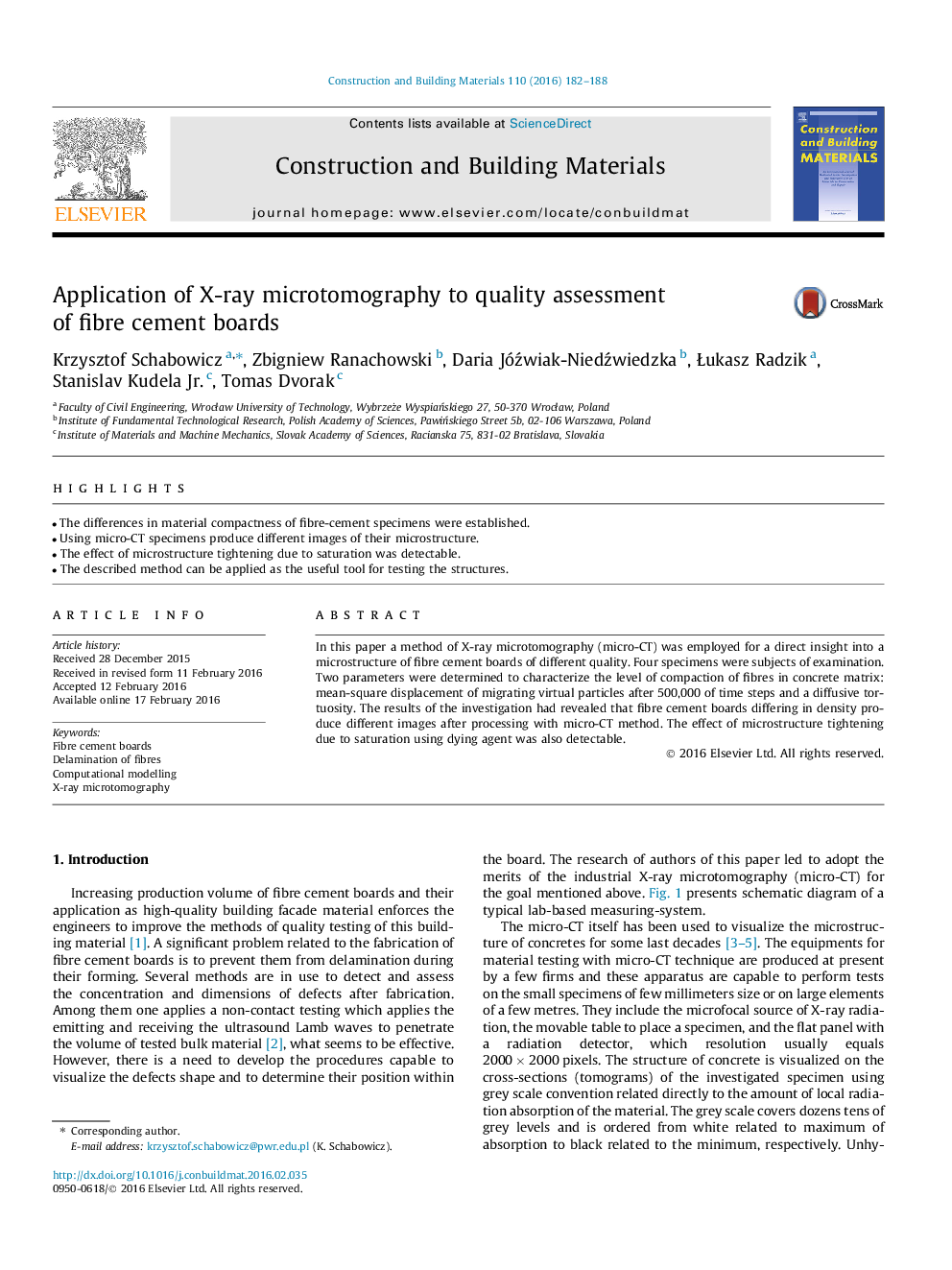 • The differences in material compactness of fibre-cement specimens were established.
• Using micro-CT specimens produce different images of their microstructure.
• The effect of microstructure tightening due to saturation was detectable.
• The described method can be applied as the useful tool for testing the structures.

In this paper a method of X-ray microtomography (micro-CT) was employed for a direct insight into a microstructure of fibre cement boards of different quality. Four specimens were subjects of examination. Two parameters were determined to characterize the level of compaction of fibres in concrete matrix: mean-square displacement of migrating virtual particles after 500,000 of time steps and a diffusive tortuosity. The results of the investigation had revealed that fibre cement boards differing in density produce different images after processing with micro-CT method. The effect of microstructure tightening due to saturation using dying agent was also detectable.