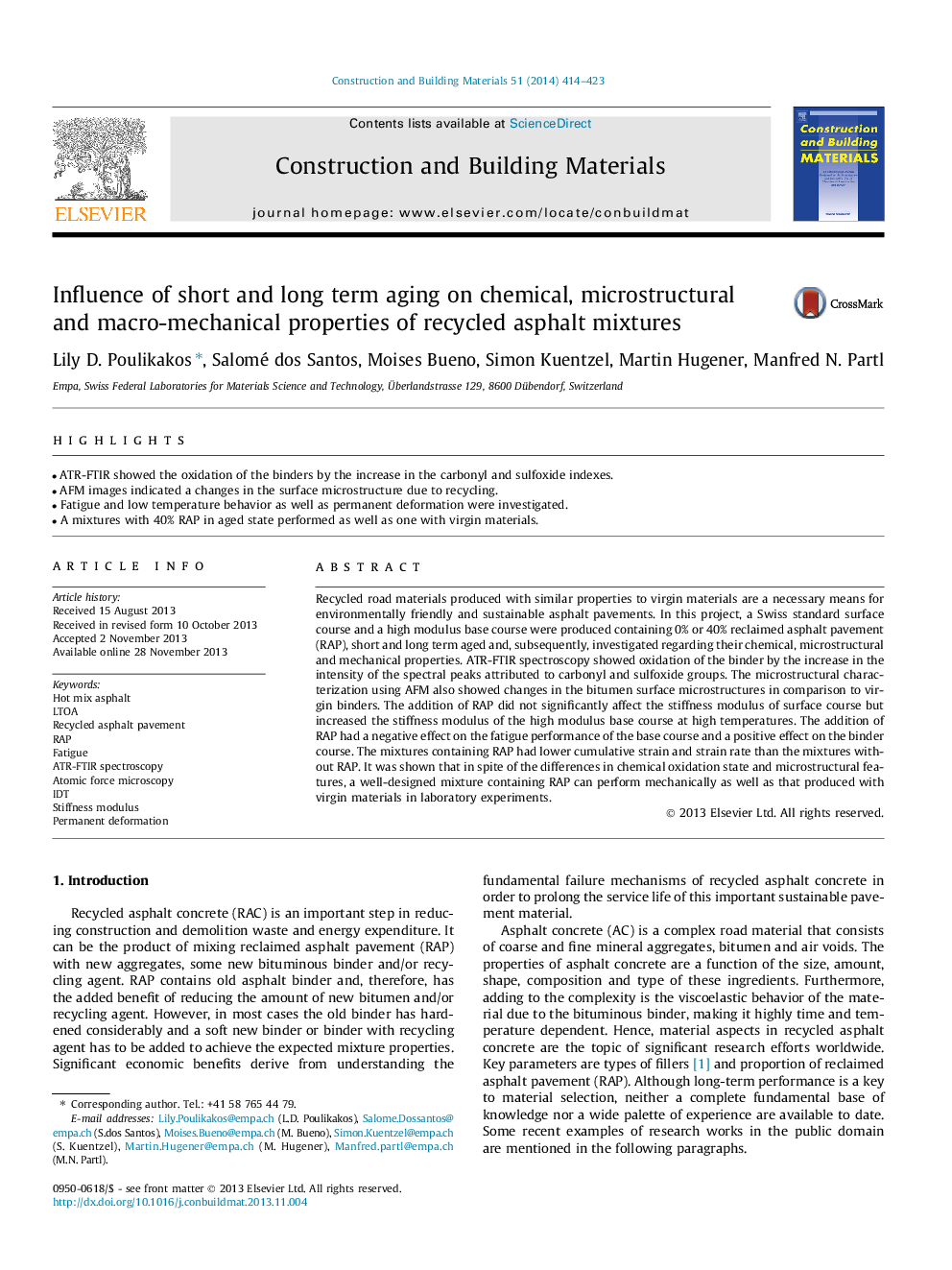 • ATR-FTIR showed the oxidation of the binders by the increase in the carbonyl and sulfoxide indexes.
• AFM images indicated a changes in the surface microstructure due to recycling.
• Fatigue and low temperature behavior as well as permanent deformation were investigated.
• A mixtures with 40% RAP in aged state performed as well as one with virgin materials.

Recycled road materials produced with similar properties to virgin materials are a necessary means for environmentally friendly and sustainable asphalt pavements. In this project, a Swiss standard surface course and a high modulus base course were produced containing 0% or 40% reclaimed asphalt pavement (RAP), short and long term aged and, subsequently, investigated regarding their chemical, microstructural and mechanical properties. ATR-FTIR spectroscopy showed oxidation of the binder by the increase in the intensity of the spectral peaks attributed to carbonyl and sulfoxide groups. The microstructural characterization using AFM also showed changes in the bitumen surface microstructures in comparison to virgin binders. The addition of RAP did not significantly affect the stiffness modulus of surface course but increased the stiffness modulus of the high modulus base course at high temperatures. The addition of RAP had a negative effect on the fatigue performance of the base course and a positive effect on the binder course. The mixtures containing RAP had lower cumulative strain and strain rate than the mixtures without RAP. It was shown that in spite of the differences in chemical oxidation state and microstructural features, a well-designed mixture containing RAP can perform mechanically as well as that produced with virgin materials in laboratory experiments.