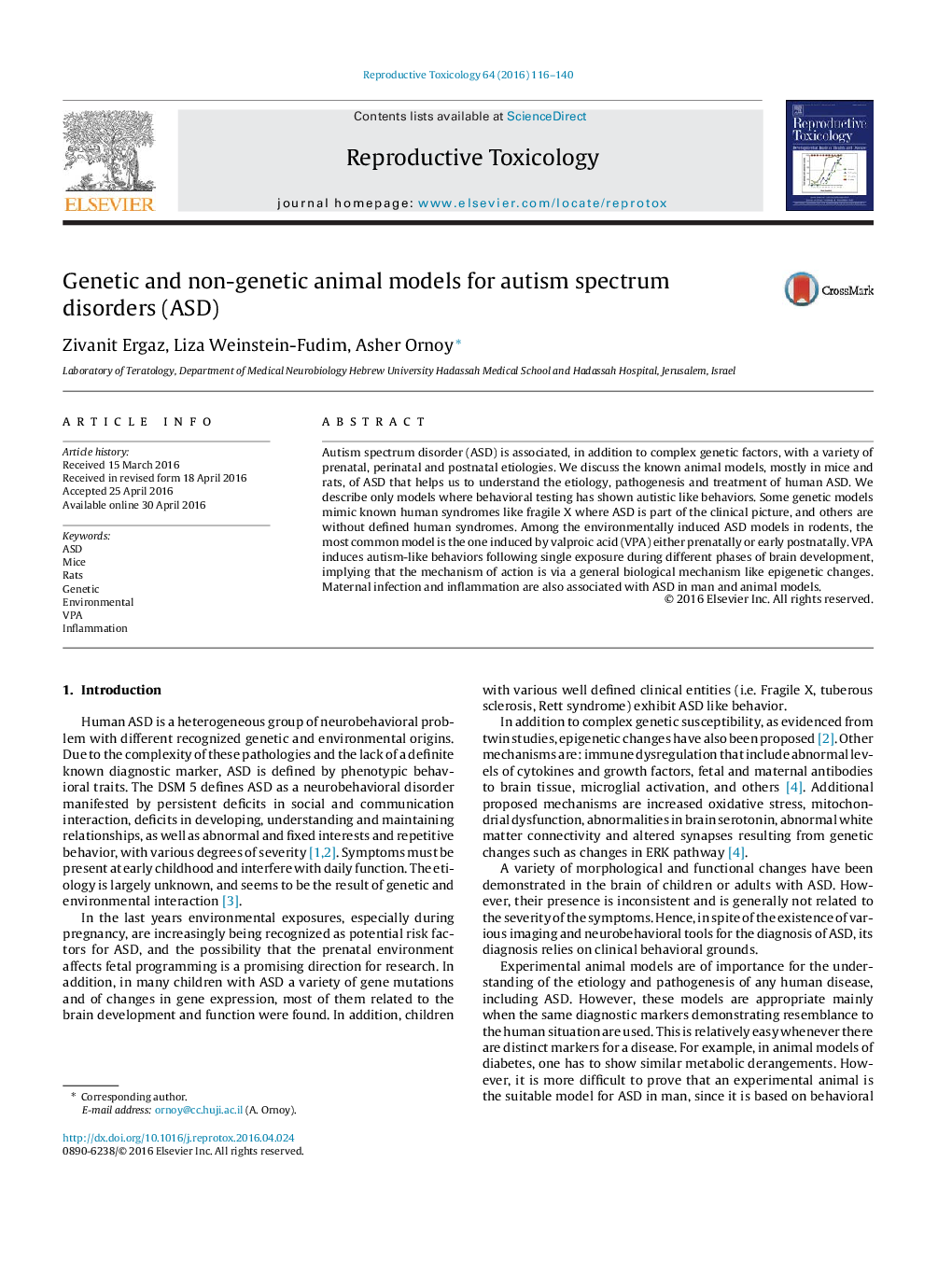 • Genetic manipulations or chemicals can cause autism-like behavior in rodents.
• Most studies use VPA in pregnancy or postnatally to induce ASD.
• Chemical or genetic manipulations in ASD models may alleviate symptoms.
• ASD is neurodevelopmental and not a neurodegenerative disorder.

Autism spectrum disorder (ASD) is associated, in addition to complex genetic factors, with a variety of prenatal, perinatal and postnatal etiologies. We discuss the known animal models, mostly in mice and rats, of ASD that helps us to understand the etiology, pathogenesis and treatment of human ASD. We describe only models where behavioral testing has shown autistic like behaviors. Some genetic models mimic known human syndromes like fragile X where ASD is part of the clinical picture, and others are without defined human syndromes. Among the environmentally induced ASD models in rodents, the most common model is the one induced by valproic acid (VPA) either prenatally or early postnatally. VPA induces autism-like behaviors following single exposure during different phases of brain development, implying that the mechanism of action is via a general biological mechanism like epigenetic changes. Maternal infection and inflammation are also associated with ASD in man and animal models.