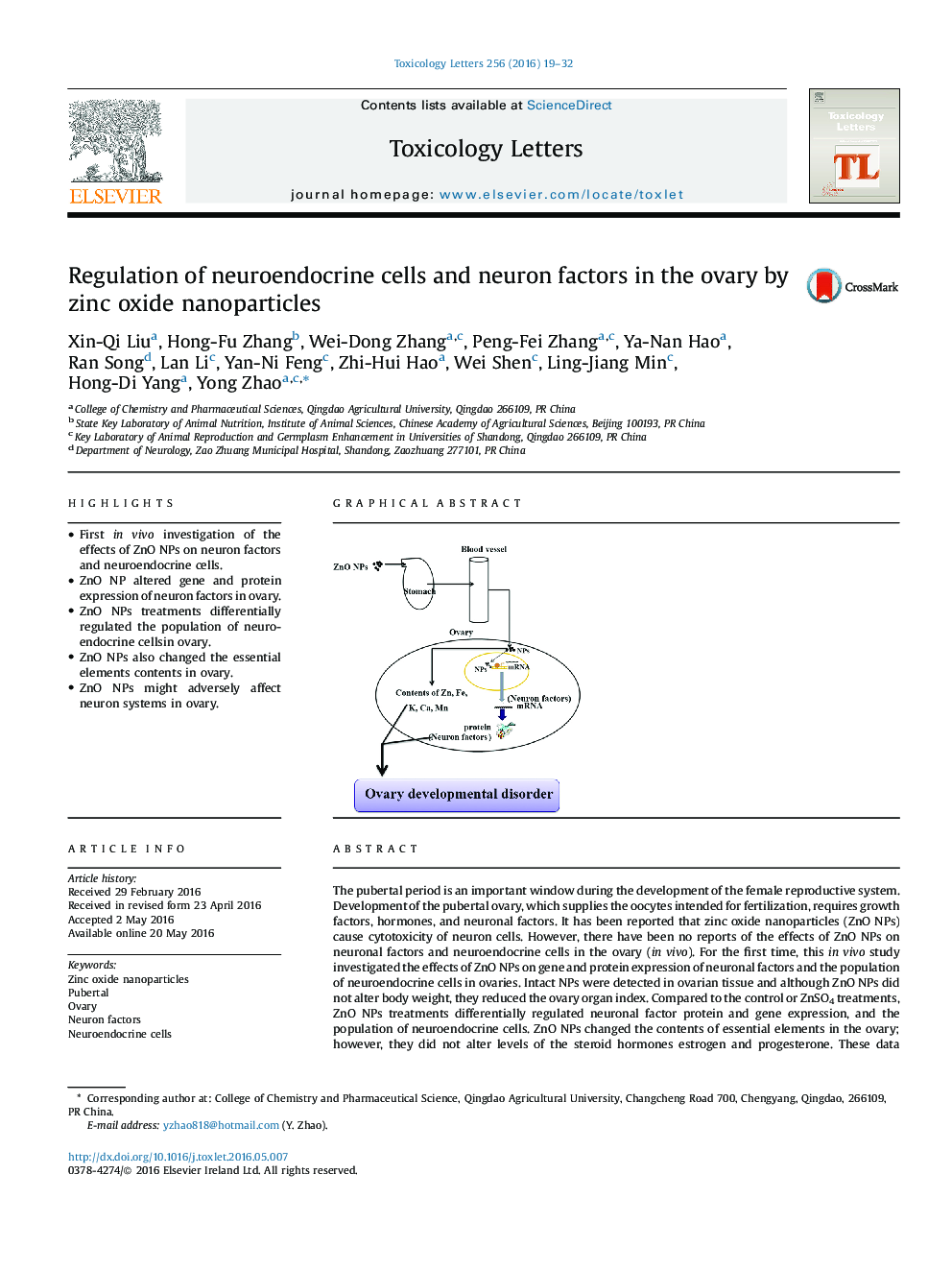 The pubertal period is an important window during the development of the female reproductive system. Development of the pubertal ovary, which supplies the oocytes intended for fertilization, requires growth factors, hormones, and neuronal factors. It has been reported that zinc oxide nanoparticles (ZnO NPs) cause cytotoxicity of neuron cells. However, there have been no reports of the effects of ZnO NPs on neuronal factors and neuroendocrine cells in the ovary (in vivo). For the first time, this in vivo study investigated the effects of ZnO NPs on gene and protein expression of neuronal factors and the population of neuroendocrine cells in ovaries. Intact NPs were detected in ovarian tissue and although ZnO NPs did not alter body weight, they reduced the ovary organ index. Compared to the control or ZnSO4 treatments, ZnO NPs treatments differentially regulated neuronal factor protein and gene expression, and the population of neuroendocrine cells. ZnO NPs changed the contents of essential elements in the ovary; however, they did not alter levels of the steroid hormones estrogen and progesterone. These data together suggest that intact ZnO NPs might pose a toxic effect on neuron development in the ovary and eventually negatively affect ovarian developmental at puberty.