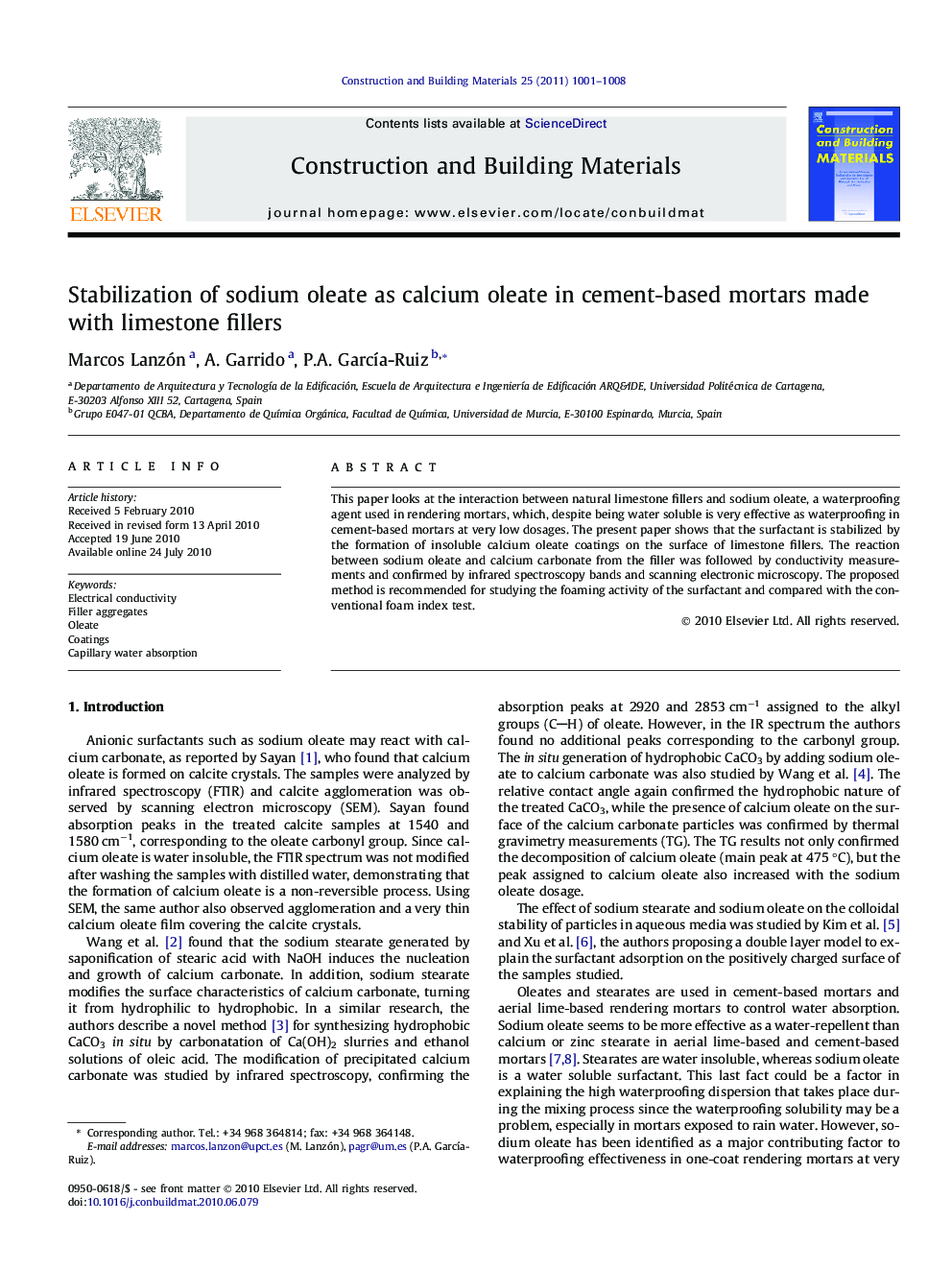 This paper looks at the interaction between natural limestone fillers and sodium oleate, a waterproofing agent used in rendering mortars, which, despite being water soluble is very effective as waterproofing in cement-based mortars at very low dosages. The present paper shows that the surfactant is stabilized by the formation of insoluble calcium oleate coatings on the surface of limestone fillers. The reaction between sodium oleate and calcium carbonate from the filler was followed by conductivity measurements and confirmed by infrared spectroscopy bands and scanning electronic microscopy. The proposed method is recommended for studying the foaming activity of the surfactant and compared with the conventional foam index test.