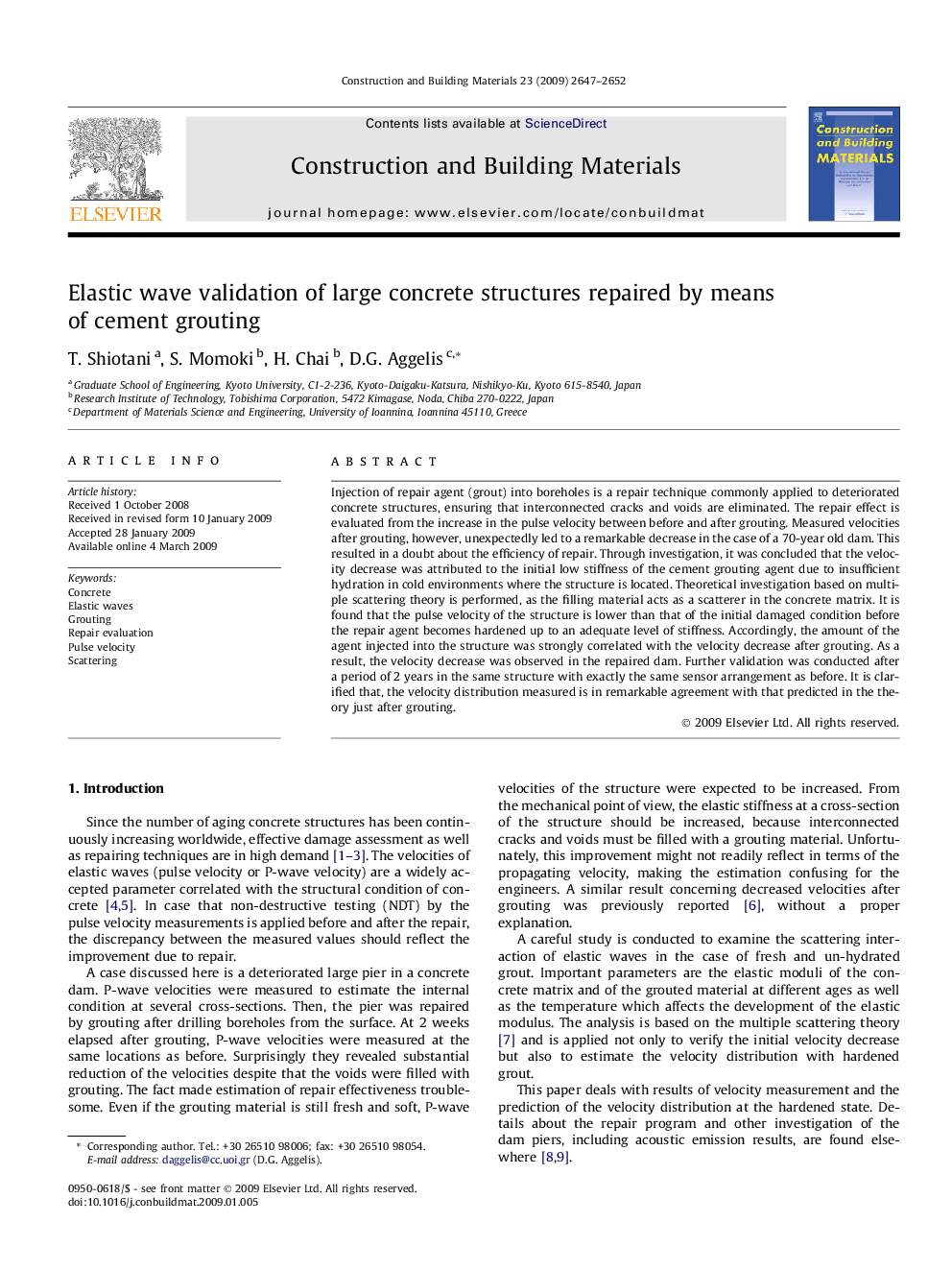 Injection of repair agent (grout) into boreholes is a repair technique commonly applied to deteriorated concrete structures, ensuring that interconnected cracks and voids are eliminated. The repair effect is evaluated from the increase in the pulse velocity between before and after grouting. Measured velocities after grouting, however, unexpectedly led to a remarkable decrease in the case of a 70-year old dam. This resulted in a doubt about the efficiency of repair. Through investigation, it was concluded that the velocity decrease was attributed to the initial low stiffness of the cement grouting agent due to insufficient hydration in cold environments where the structure is located. Theoretical investigation based on multiple scattering theory is performed, as the filling material acts as a scatterer in the concrete matrix. It is found that the pulse velocity of the structure is lower than that of the initial damaged condition before the repair agent becomes hardened up to an adequate level of stiffness. Accordingly, the amount of the agent injected into the structure was strongly correlated with the velocity decrease after grouting. As a result, the velocity decrease was observed in the repaired dam. Further validation was conducted after a period of 2 years in the same structure with exactly the same sensor arrangement as before. It is clarified that, the velocity distribution measured is in remarkable agreement with that predicted in the theory just after grouting.