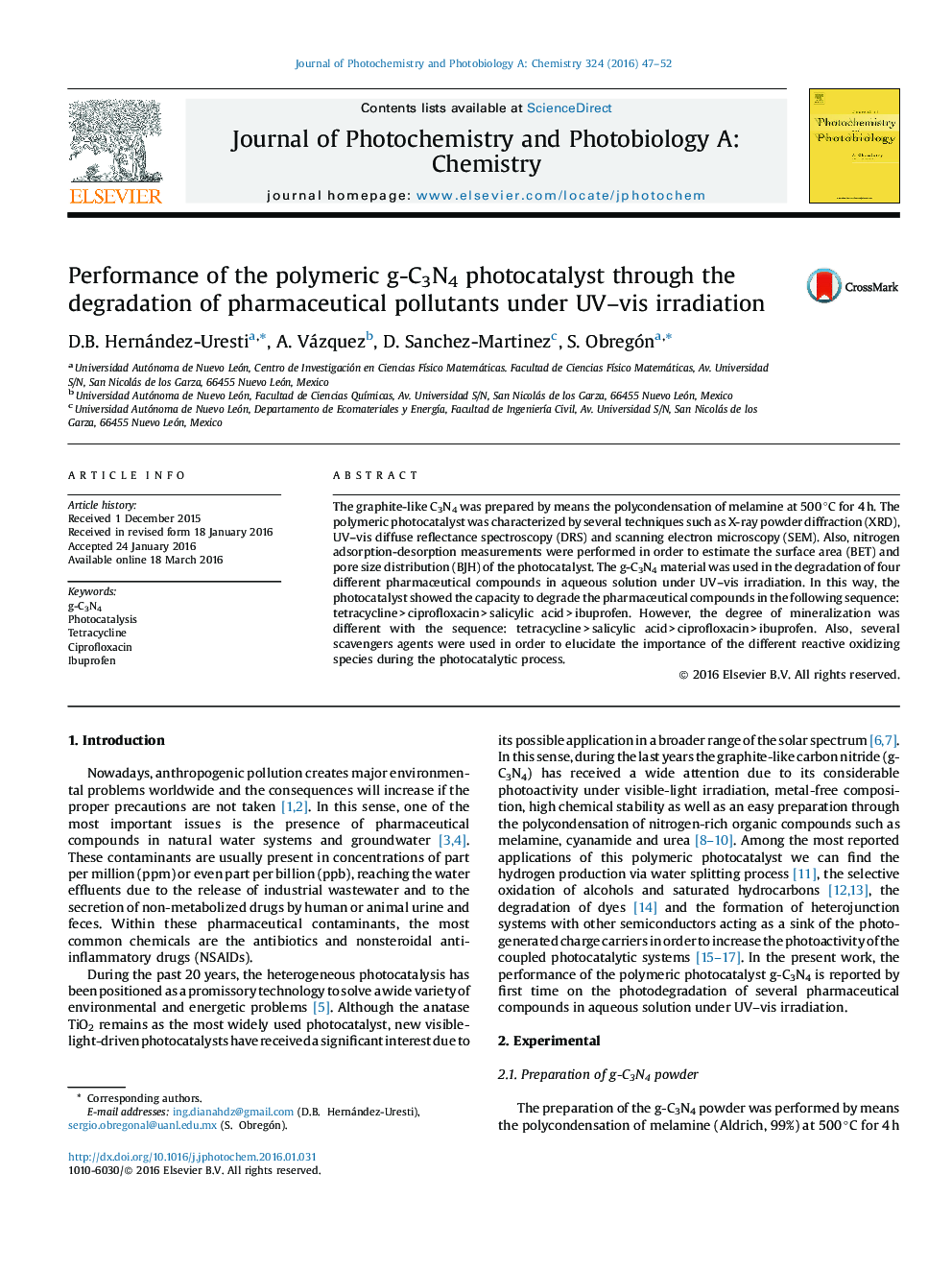 • Graphite-like C3N4 photocatalyst was prepared by polycondensation of melamine.
• The g-C3N4 was used in the degradation of antibiotics and anti-inflammatory drugs.
• Discussion about possible by-products in the photocatalytic process was conducted.
• Degree of mineralization was estimated in order to validate the true remediation.
• H2O2, OH radicals and h+ were the responsible for the degradation of tetracycline.

The graphite-like C3N4 was prepared by means the polycondensation of melamine at 500 °C for 4 h. The polymeric photocatalyst was characterized by several techniques such as X-ray powder diffraction (XRD), UV–vis diffuse reflectance spectroscopy (DRS) and scanning electron microscopy (SEM). Also, nitrogen adsorption-desorption measurements were performed in order to estimate the surface area (BET) and pore size distribution (BJH) of the photocatalyst. The g-C3N4 material was used in the degradation of four different pharmaceutical compounds in aqueous solution under UV–vis irradiation. In this way, the photocatalyst showed the capacity to degrade the pharmaceutical compounds in the following sequence: tetracycline > ciprofloxacin > salicylic acid > ibuprofen. However, the degree of mineralization was different with the sequence: tetracycline > salicylic acid > ciprofloxacin > ibuprofen. Also, several scavengers agents were used in order to elucidate the importance of the different reactive oxidizing species during the photocatalytic process.