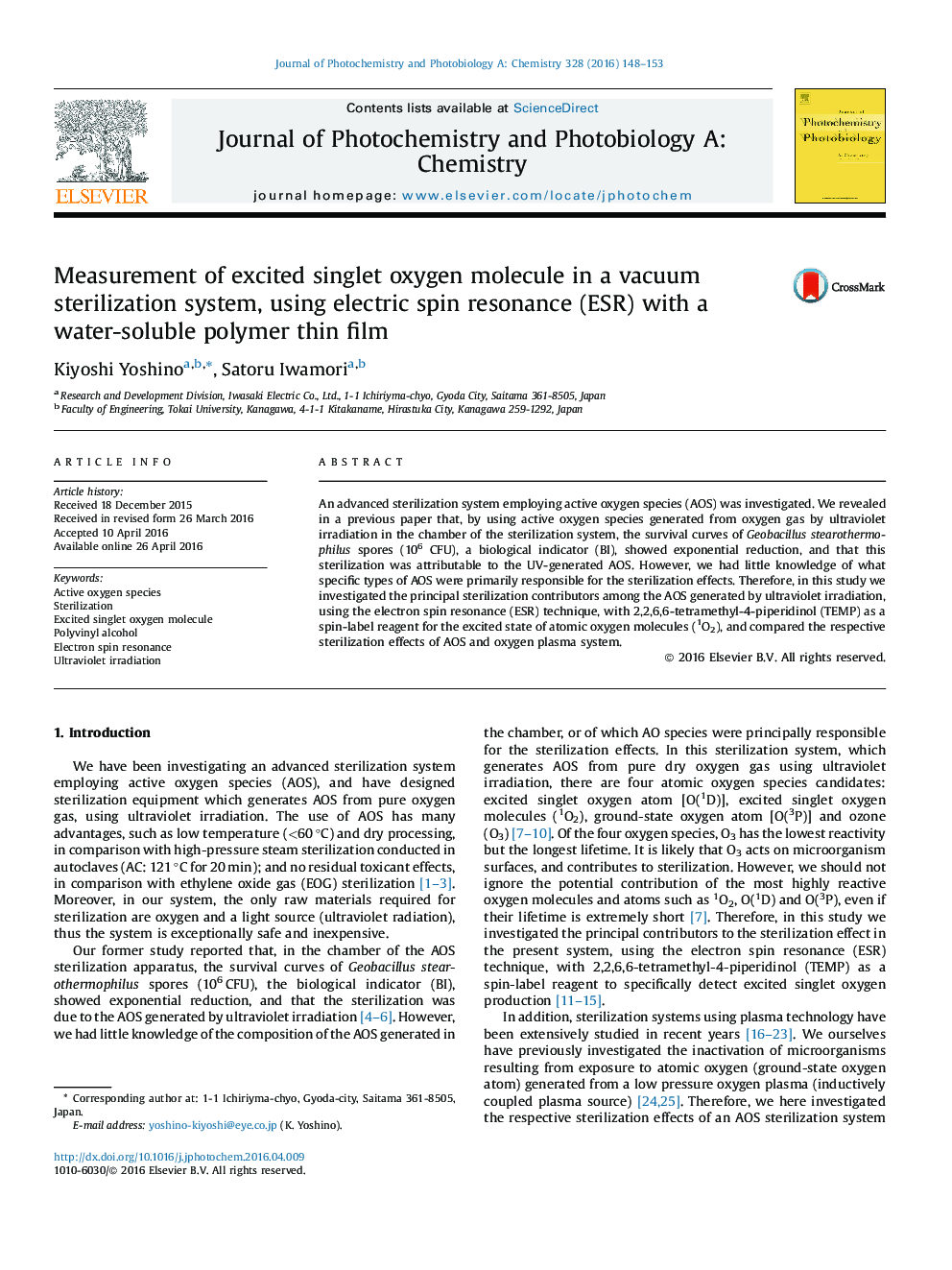 • Using ESR technique with a TEMP-PVA film, we invented to measure excited singlet oxygen molecules (1O2) in a vacuum environment.
• 1O2, which has an extremely short lifetime, has been detected at a place apart from UV irradiation.
• Among the active oxygen species generated by UV irradiation, 1O2, with its high reactivity, was the principal species in the sterilization effect.

An advanced sterilization system employing active oxygen species (AOS) was investigated. We revealed in a previous paper that, by using active oxygen species generated from oxygen gas by ultraviolet irradiation in the chamber of the sterilization system, the survival curves of Geobacillus stearothermophilus spores (106 CFU), a biological indicator (BI), showed exponential reduction, and that this sterilization was attributable to the UV-generated AOS. However, we had little knowledge of what specific types of AOS were primarily responsible for the sterilization effects. Therefore, in this study we investigated the principal sterilization contributors among the AOS generated by ultraviolet irradiation, using the electron spin resonance (ESR) technique, with 2,2,6,6-tetramethyl-4-piperidinol (TEMP) as a spin-label reagent for the excited state of atomic oxygen molecules (1O2), and compared the respective sterilization effects of AOS and oxygen plasma system.