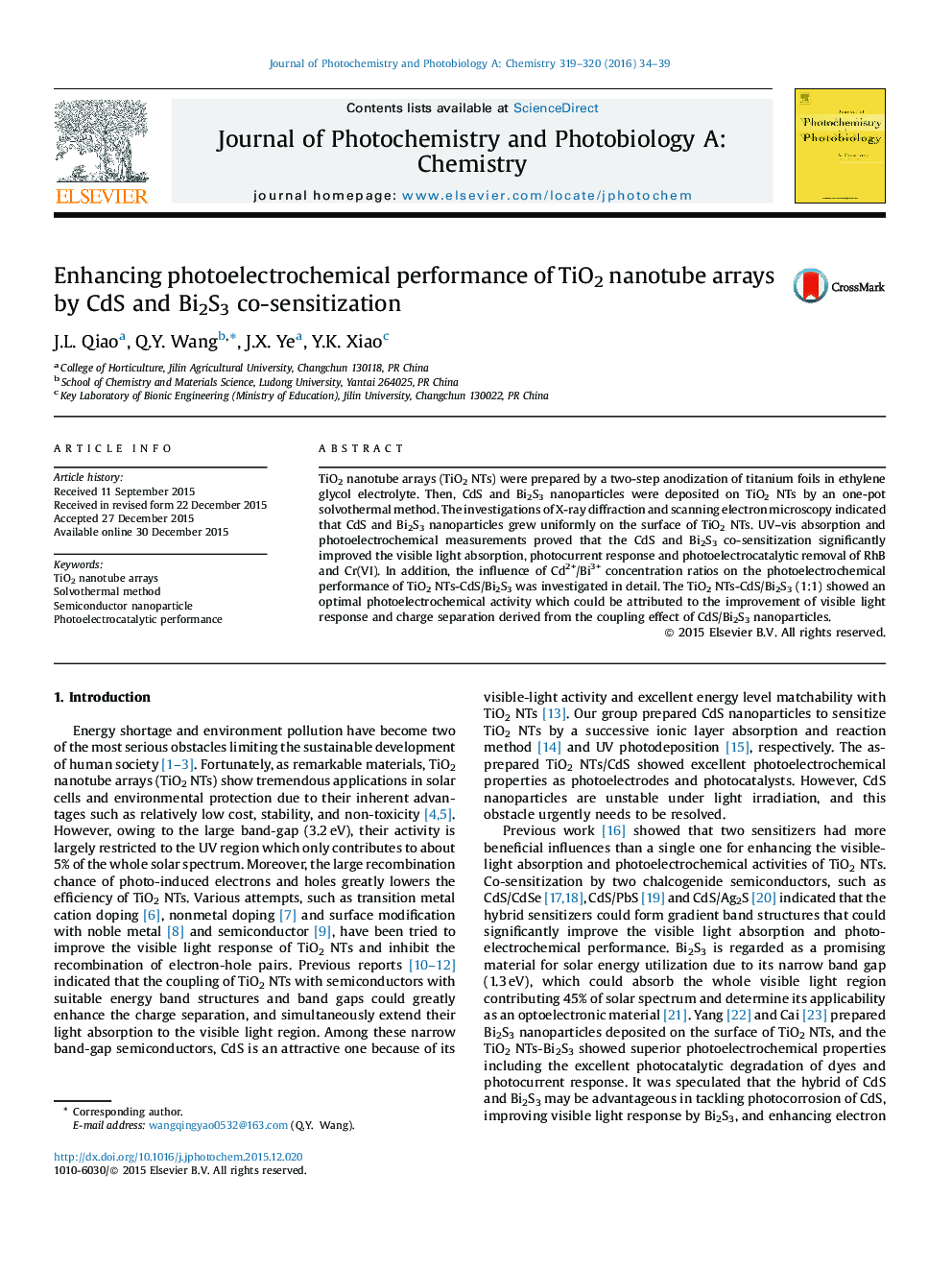 TiO2 nanotube arrays (TiO2 NTs) were prepared by a two-step anodization of titanium foils in ethylene glycol electrolyte. Then, CdS and Bi2S3 nanoparticles were deposited on TiO2 NTs by an one-pot solvothermal method. The investigations of X-ray diffraction and scanning electron microscopy indicated that CdS and Bi2S3 nanoparticles grew uniformly on the surface of TiO2 NTs. UV–vis absorption and photoelectrochemical measurements proved that the CdS and Bi2S3 co-sensitization significantly improved the visible light absorption, photocurrent response and photoelectrocatalytic removal of RhB and Cr(VI). In addition, the influence of Cd2+/Bi3+ concentration ratios on the photoelectrochemical performance of TiO2 NTs-CdS/Bi2S3 was investigated in detail. The TiO2 NTs-CdS/Bi2S3 (1:1) showed an optimal photoelectrochemical activity which could be attributed to the improvement of visible light response and charge separation derived from the coupling effect of CdS/Bi2S3 nanoparticles.

The CdS/Bi2S3 nanoparticles co-sensitized TiO2 NTs were synthesized by a simple solvothermal method. The TiO2 NTs-CdS/Bi2S3 showed a red-shift absorption, excellent photocurrent response and photoelectrocatalytic performances in the photodegradation of RhB and reduction of Cr (VI) under the visible light irradiation.Figure optionsDownload as PowerPoint slide