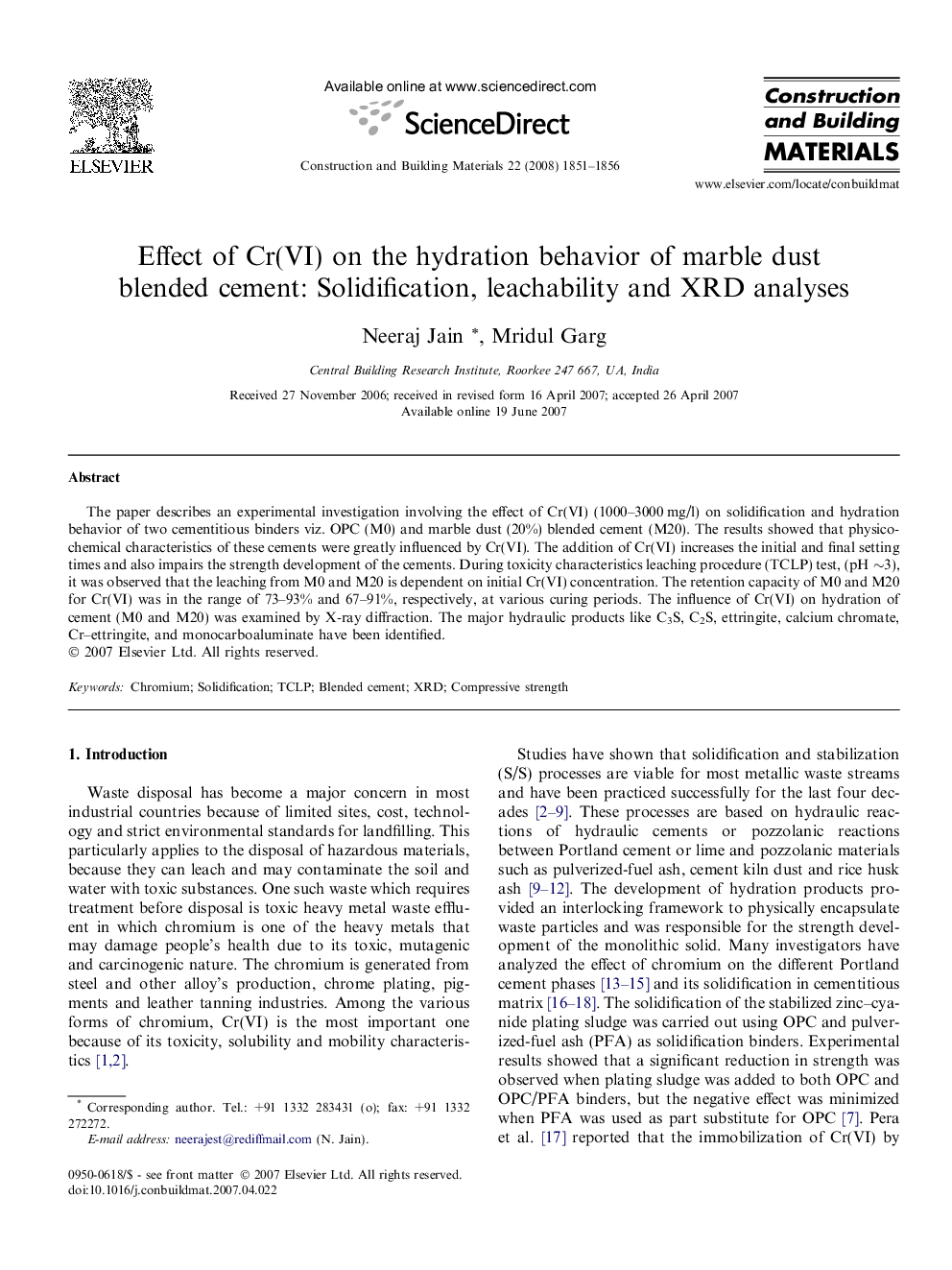 The paper describes an experimental investigation involving the effect of Cr(VI) (1000–3000 mg/l) on solidification and hydration behavior of two cementitious binders viz. OPC (M0) and marble dust (20%) blended cement (M20). The results showed that physico-chemical characteristics of these cements were greatly influenced by Cr(VI). The addition of Cr(VI) increases the initial and final setting times and also impairs the strength development of the cements. During toxicity characteristics leaching procedure (TCLP) test, (pH ∼3), it was observed that the leaching from M0 and M20 is dependent on initial Cr(VI) concentration. The retention capacity of M0 and M20 for Cr(VI) was in the range of 73–93% and 67–91%, respectively, at various curing periods. The influence of Cr(VI) on hydration of cement (M0 and M20) was examined by X-ray diffraction. The major hydraulic products like C3S, C2S, ettringite, calcium chromate, Cr–ettringite, and monocarboaluminate have been identified.