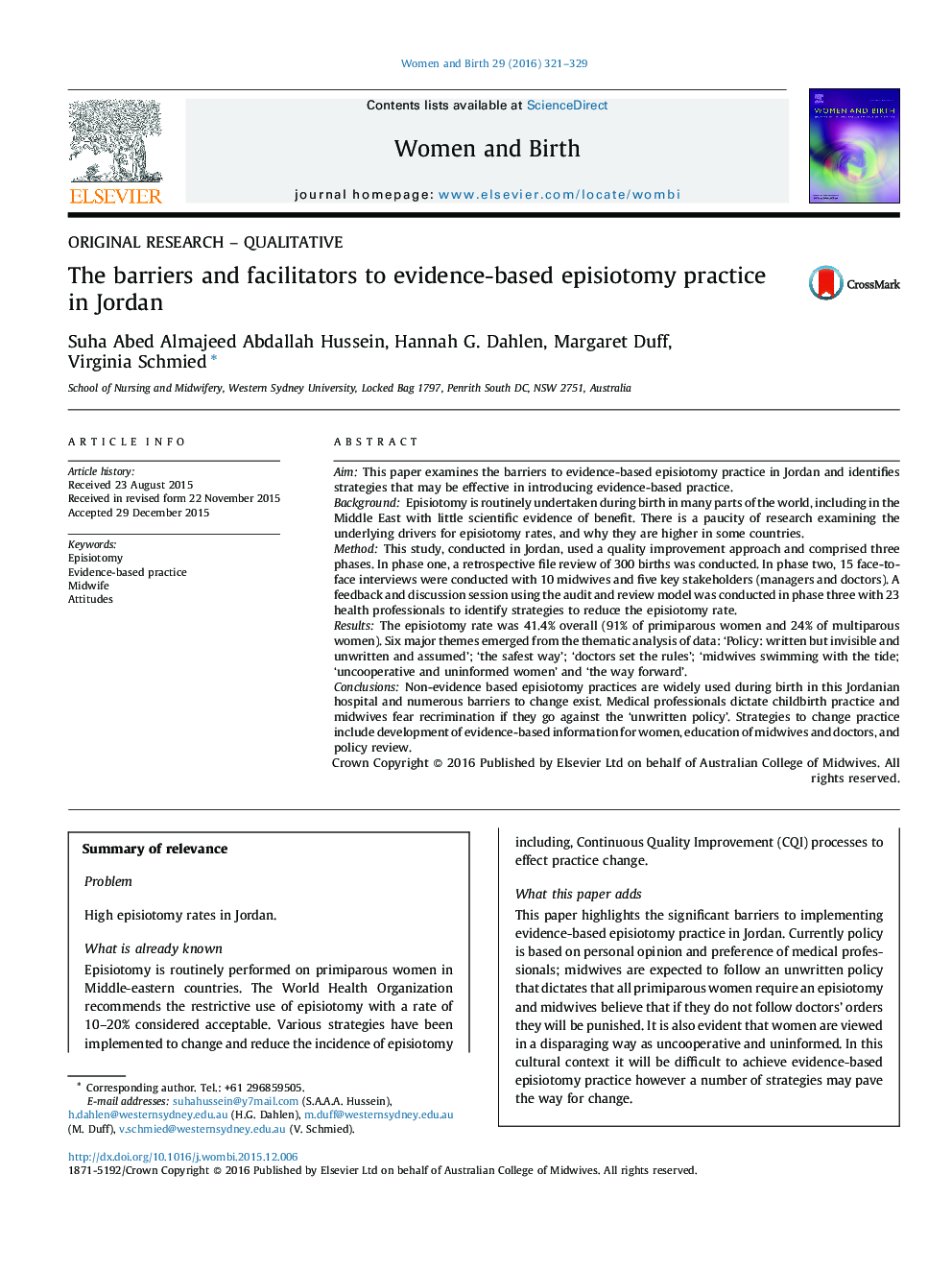 AimThis paper examines the barriers to evidence-based episiotomy practice in Jordan and identifies strategies that may be effective in introducing evidence-based practice.BackgroundEpisiotomy is routinely undertaken during birth in many parts of the world, including in the Middle East with little scientific evidence of benefit. There is a paucity of research examining the underlying drivers for episiotomy rates, and why they are higher in some countries.MethodThis study, conducted in Jordan, used a quality improvement approach and comprised three phases. In phase one, a retrospective file review of 300 births was conducted. In phase two, 15 face-to-face interviews were conducted with 10 midwives and five key stakeholders (managers and doctors). A feedback and discussion session using the audit and review model was conducted in phase three with 23 health professionals to identify strategies to reduce the episiotomy rate.ResultsThe episiotomy rate was 41.4% overall (91% of primiparous women and 24% of multiparous women). Six major themes emerged from the thematic analysis of data: ‘Policy: written but invisible and unwritten and assumed’; ‘the safest way’; ‘doctors set the rules’; ‘midwives swimming with the tide; ‘uncooperative and uninformed women’ and ‘the way forward’.ConclusionsNon-evidence based episiotomy practices are widely used during birth in this Jordanian hospital and numerous barriers to change exist. Medical professionals dictate childbirth practice and midwives fear recrimination if they go against the ‘unwritten policy’. Strategies to change practice include development of evidence-based information for women, education of midwives and doctors, and policy review.