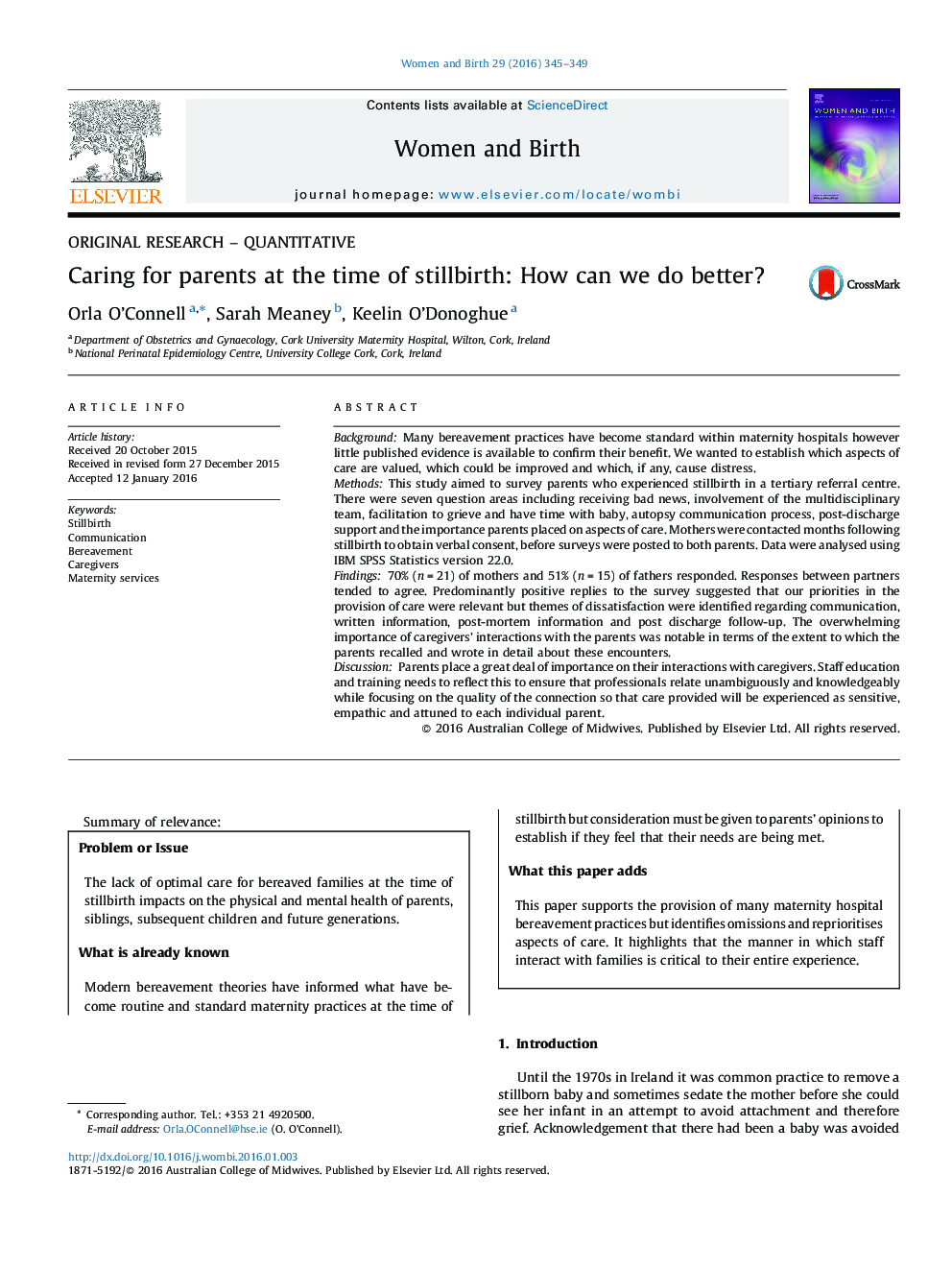 BackgroundMany bereavement practices have become standard within maternity hospitals however little published evidence is available to confirm their benefit. We wanted to establish which aspects of care are valued, which could be improved and which, if any, cause distress.MethodsThis study aimed to survey parents who experienced stillbirth in a tertiary referral centre. There were seven question areas including receiving bad news, involvement of the multidisciplinary team, facilitation to grieve and have time with baby, autopsy communication process, post-discharge support and the importance parents placed on aspects of care. Mothers were contacted months following stillbirth to obtain verbal consent, before surveys were posted to both parents. Data were analysed using IBM SPSS Statistics version 22.0.Findings70% (n = 21) of mothers and 51% (n = 15) of fathers responded. Responses between partners tended to agree. Predominantly positive replies to the survey suggested that our priorities in the provision of care were relevant but themes of dissatisfaction were identified regarding communication, written information, post-mortem information and post discharge follow-up. The overwhelming importance of caregivers’ interactions with the parents was notable in terms of the extent to which the parents recalled and wrote in detail about these encounters.DiscussionParents place a great deal of importance on their interactions with caregivers. Staff education and training needs to reflect this to ensure that professionals relate unambiguously and knowledgeably while focusing on the quality of the connection so that care provided will be experienced as sensitive, empathic and attuned to each individual parent.