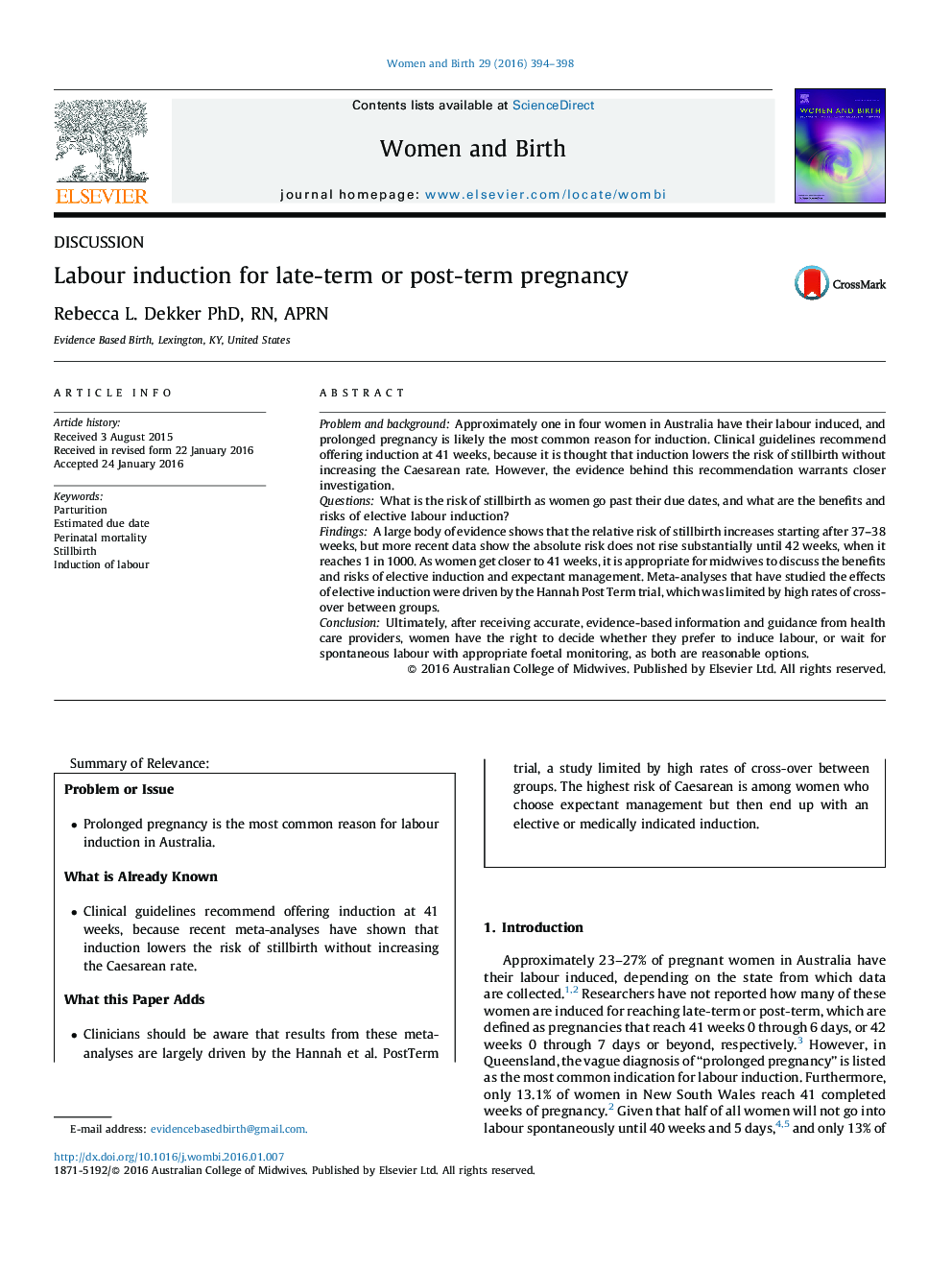 Problem and backgroundApproximately one in four women in Australia have their labour induced, and prolonged pregnancy is likely the most common reason for induction. Clinical guidelines recommend offering induction at 41 weeks, because it is thought that induction lowers the risk of stillbirth without increasing the Caesarean rate. However, the evidence behind this recommendation warrants closer investigation.QuestionsWhat is the risk of stillbirth as women go past their due dates, and what are the benefits and risks of elective labour induction?FindingsA large body of evidence shows that the relative risk of stillbirth increases starting after 37–38 weeks, but more recent data show the absolute risk does not rise substantially until 42 weeks, when it reaches 1 in 1000. As women get closer to 41 weeks, it is appropriate for midwives to discuss the benefits and risks of elective induction and expectant management. Meta-analyses that have studied the effects of elective induction were driven by the Hannah Post Term trial, which was limited by high rates of cross-over between groups.ConclusionUltimately, after receiving accurate, evidence-based information and guidance from health care providers, women have the right to decide whether they prefer to induce labour, or wait for spontaneous labour with appropriate foetal monitoring, as both are reasonable options.