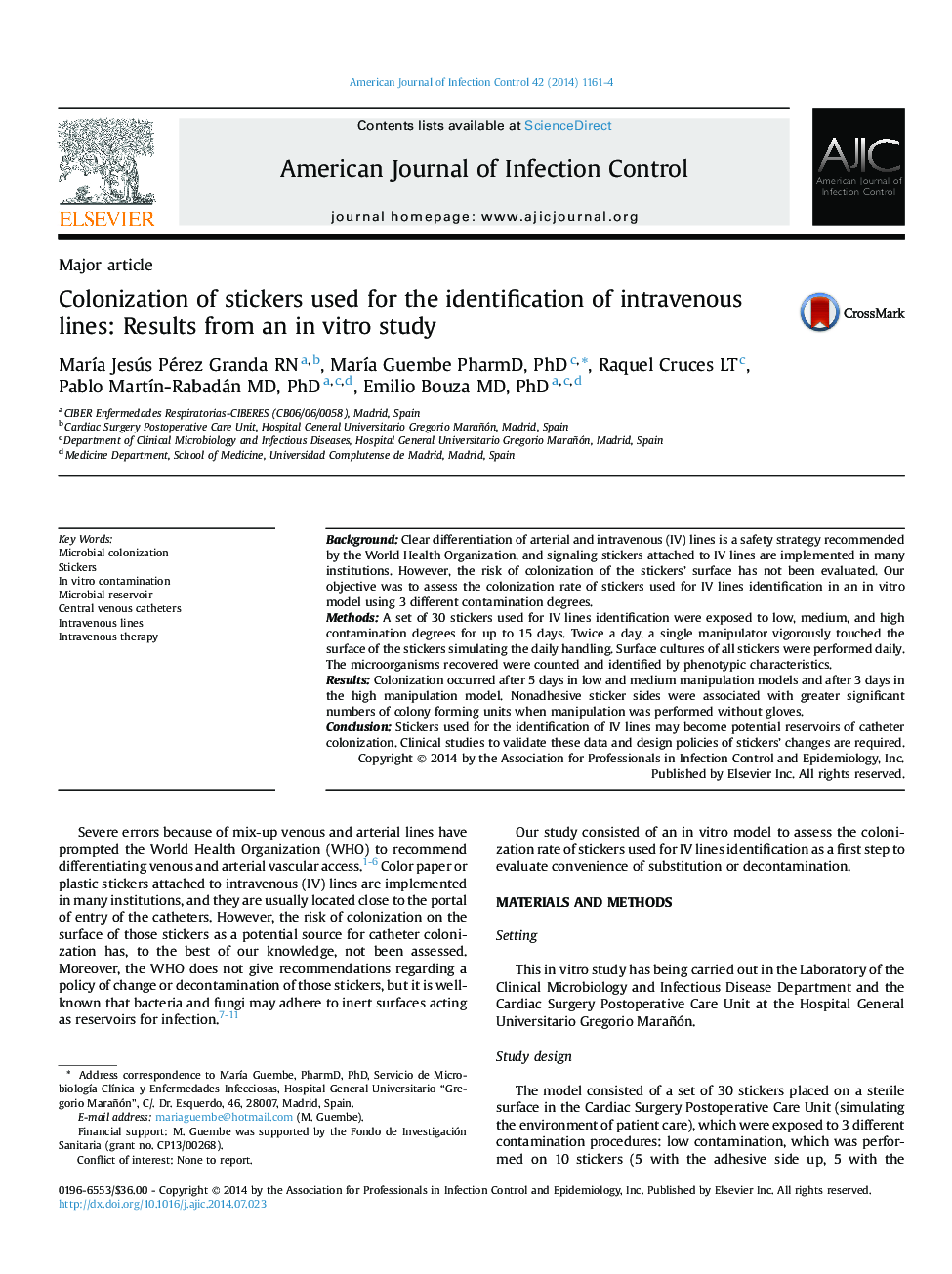 BackgroundClear differentiation of arterial and intravenous (IV) lines is a safety strategy recommended by the World Health Organization, and signaling stickers attached to IV lines are implemented in many institutions. However, the risk of colonization of the stickers' surface has not been evaluated. Our objective was to assess the colonization rate of stickers used for IV lines identification in an in vitro model using 3 different contamination degrees.MethodsA set of 30 stickers used for IV lines identification were exposed to low, medium, and high contamination degrees for up to 15 days. Twice a day, a single manipulator vigorously touched the surface of the stickers simulating the daily handling. Surface cultures of all stickers were performed daily. The microorganisms recovered were counted and identified by phenotypic characteristics.ResultsColonization occurred after 5 days in low and medium manipulation models and after 3 days in the high manipulation model. Nonadhesive sticker sides were associated with greater significant numbers of colony forming units when manipulation was performed without gloves.ConclusionStickers used for the identification of IV lines may become potential reservoirs of catheter colonization. Clinical studies to validate these data and design policies of stickers' changes are required.