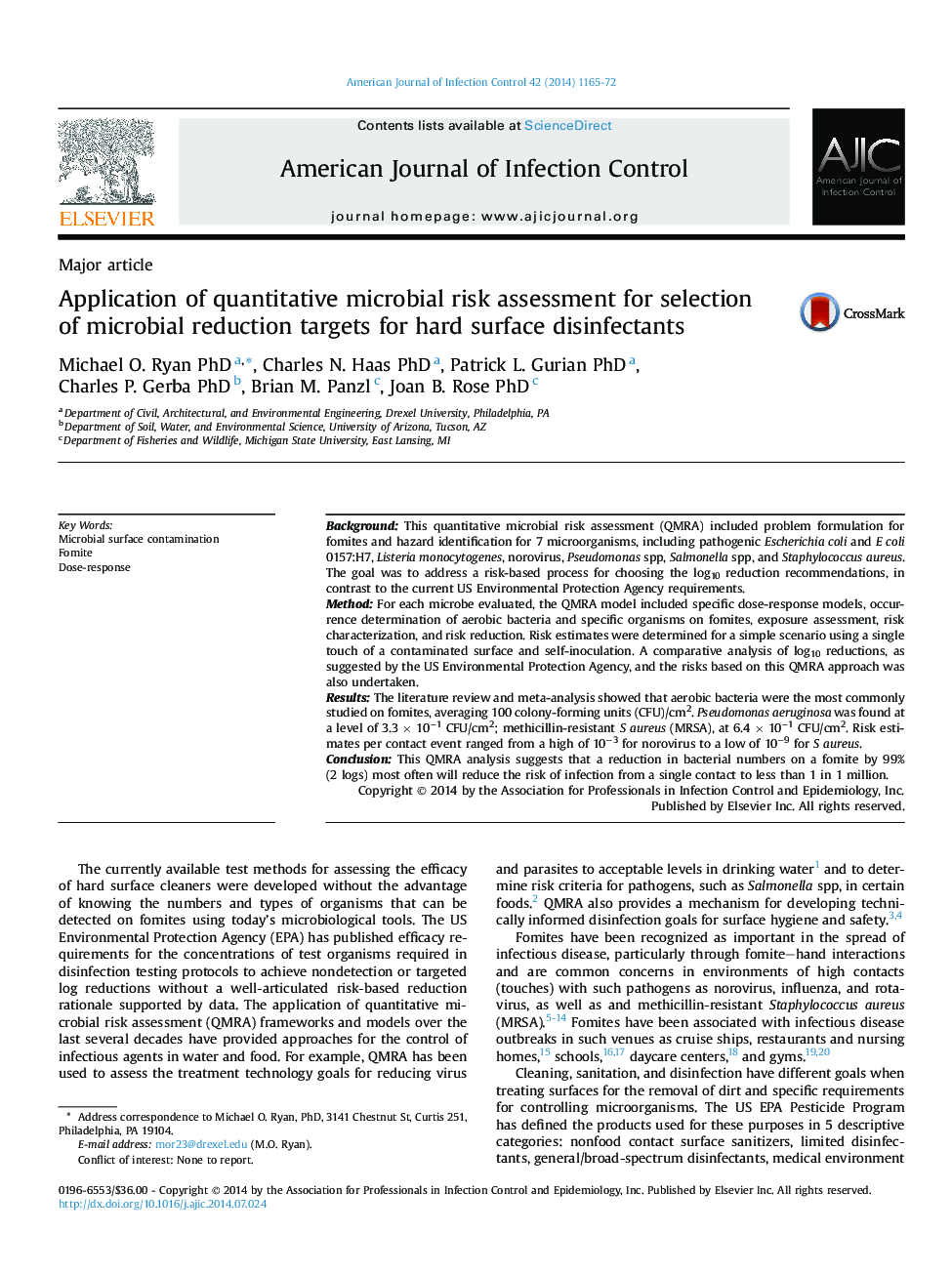 BackgroundThis quantitative microbial risk assessment (QMRA) included problem formulation for fomites and hazard identification for 7 microorganisms, including pathogenic Escherichia coli and E coli 0157:H7, Listeria monocytogenes, norovirus, Pseudomonas spp, Salmonella spp, and Staphylococcus aureus. The goal was to address a risk-based process for choosing the log10 reduction recommendations, in contrast to the current US Environmental Protection Agency requirements.MethodFor each microbe evaluated, the QMRA model included specific dose-response models, occurrence determination of aerobic bacteria and specific organisms on fomites, exposure assessment, risk characterization, and risk reduction. Risk estimates were determined for a simple scenario using a single touch of a contaminated surface and self-inoculation. A comparative analysis of log10 reductions, as suggested by the US Environmental Protection Agency, and the risks based on this QMRA approach was also undertaken.ResultsThe literature review and meta-analysis showed that aerobic bacteria were the most commonly studied on fomites, averaging 100 colony-forming units (CFU)/cm2. Pseudomonas aeruginosa was found at a level of 3.3 × 10−1 CFU/cm2; methicillin-resistant S aureus (MRSA), at 6.4 × 10−1 CFU/cm2. Risk estimates per contact event ranged from a high of 10−3 for norovirus to a low of 10−9 for S aureus.ConclusionThis QMRA analysis suggests that a reduction in bacterial numbers on a fomite by 99% (2 logs) most often will reduce the risk of infection from a single contact to less than 1 in 1 million.