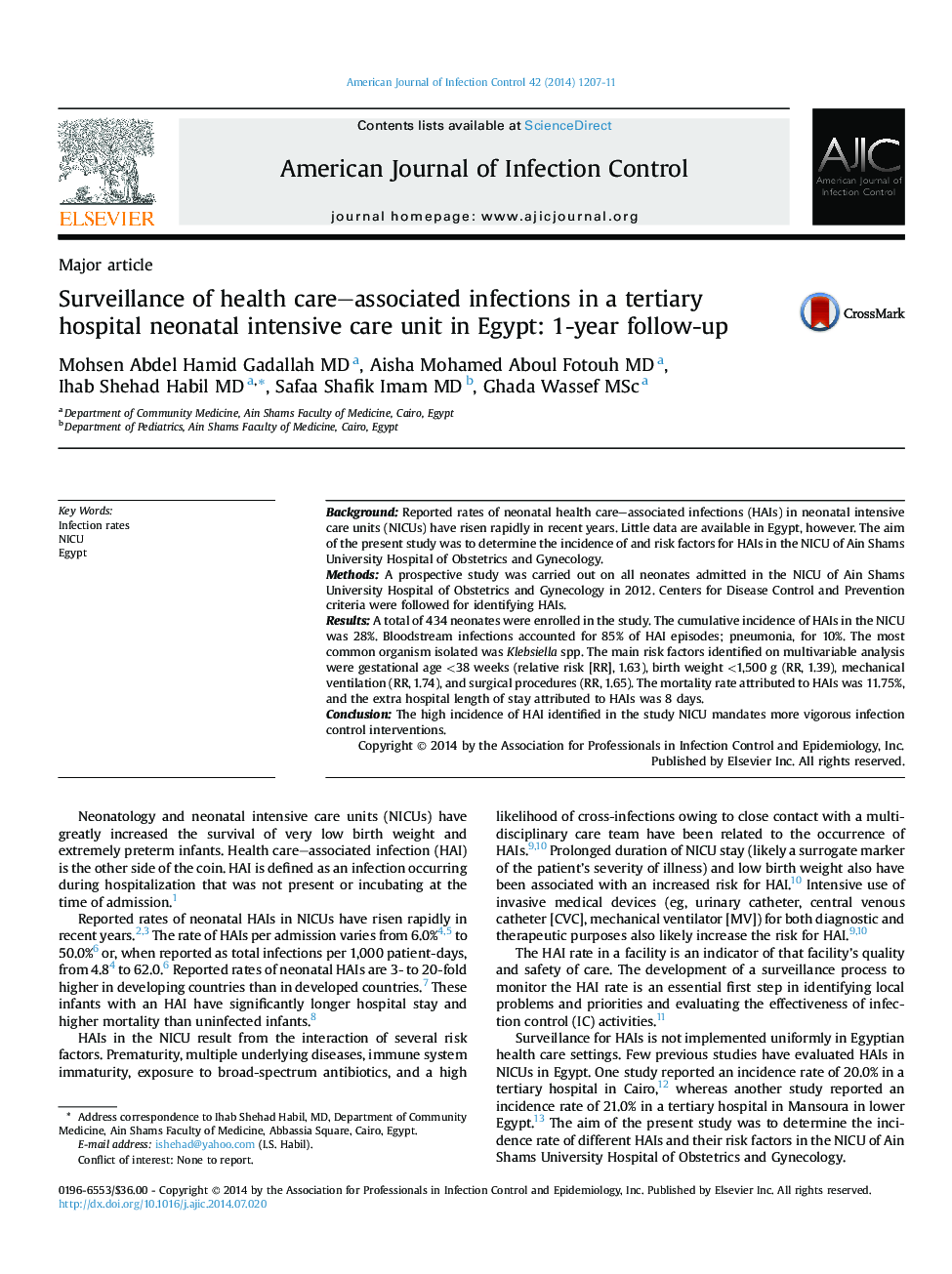 BackgroundReported rates of neonatal health care–associated infections (HAIs) in neonatal intensive care units (NICUs) have risen rapidly in recent years. Little data are available in Egypt, however. The aim of the present study was to determine the incidence of and risk factors for HAIs in the NICU of Ain Shams University Hospital of Obstetrics and Gynecology.MethodsA prospective study was carried out on all neonates admitted in the NICU of Ain Shams University Hospital of Obstetrics and Gynecology in 2012. Centers for Disease Control and Prevention criteria were followed for identifying HAIs.ResultsA total of 434 neonates were enrolled in the study. The cumulative incidence of HAIs in the NICU was 28%. Bloodstream infections accounted for 85% of HAI episodes; pneumonia, for 10%. The most common organism isolated was Klebsiella spp. The main risk factors identified on multivariable analysis were gestational age <38 weeks (relative risk [RR], 1.63), birth weight <1,500 g (RR, 1.39), mechanical ventilation (RR, 1.74), and surgical procedures (RR, 1.65). The mortality rate attributed to HAIs was 11.75%, and the extra hospital length of stay attributed to HAIs was 8 days.ConclusionThe high incidence of HAI identified in the study NICU mandates more vigorous infection control interventions.