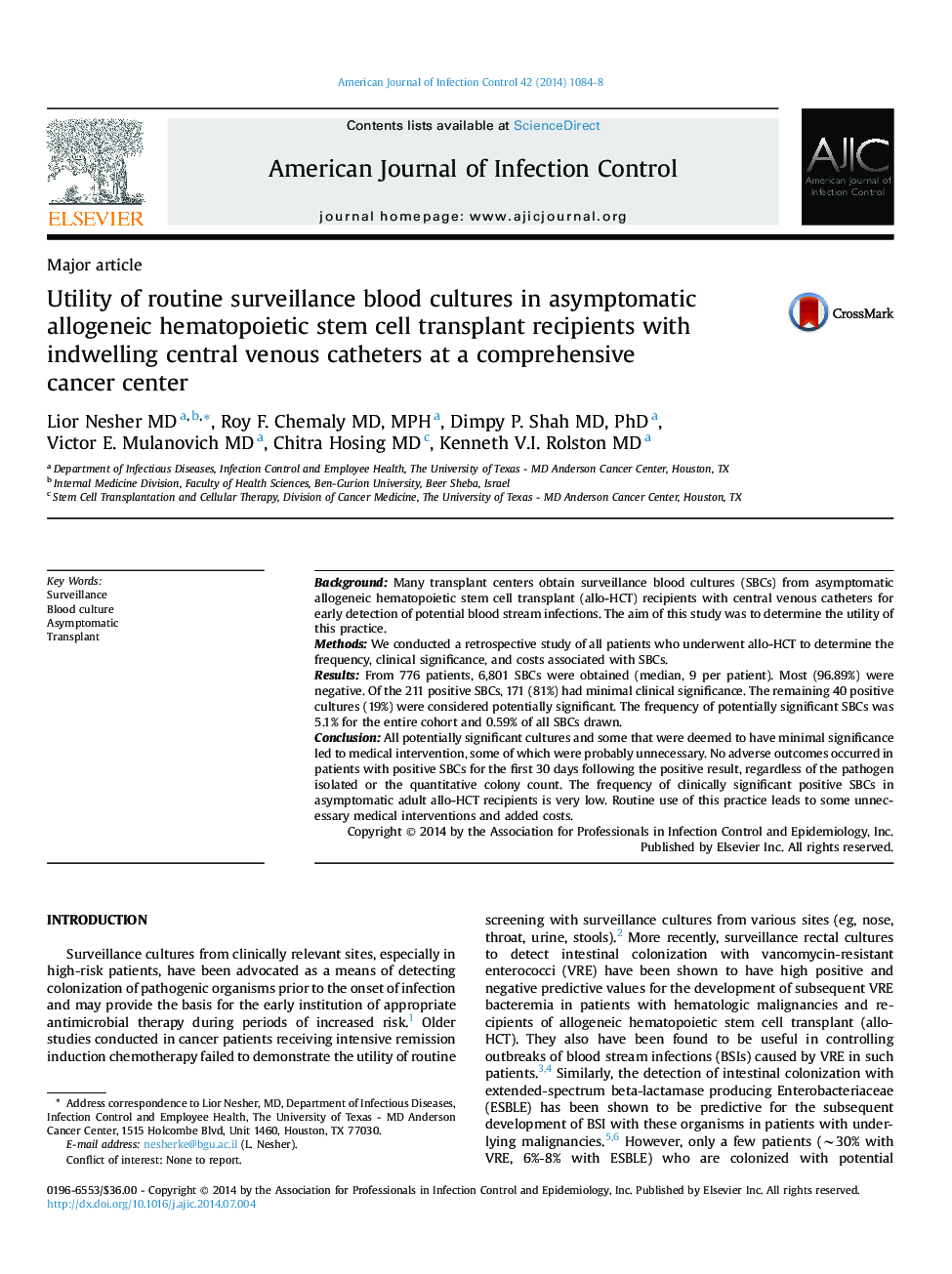 BackgroundMany transplant centers obtain surveillance blood cultures (SBCs) from asymptomatic allogeneic hematopoietic stem cell transplant (allo-HCT) recipients with central venous catheters for early detection of potential blood stream infections. The aim of this study was to determine the utility of this practice.MethodsWe conducted a retrospective study of all patients who underwent allo-HCT to determine the frequency, clinical significance, and costs associated with SBCs.ResultsFrom 776 patients, 6,801 SBCs were obtained (median, 9 per patient). Most (96.89%) were negative. Of the 211 positive SBCs, 171 (81%) had minimal clinical significance. The remaining 40 positive cultures (19%) were considered potentially significant. The frequency of potentially significant SBCs was 5.1% for the entire cohort and 0.59% of all SBCs drawn.ConclusionAll potentially significant cultures and some that were deemed to have minimal significance led to medical intervention, some of which were probably unnecessary. No adverse outcomes occurred in patients with positive SBCs for the first 30 days following the positive result, regardless of the pathogen isolated or the quantitative colony count. The frequency of clinically significant positive SBCs in asymptomatic adult allo-HCT recipients is very low. Routine use of this practice leads to some unnecessary medical interventions and added costs.