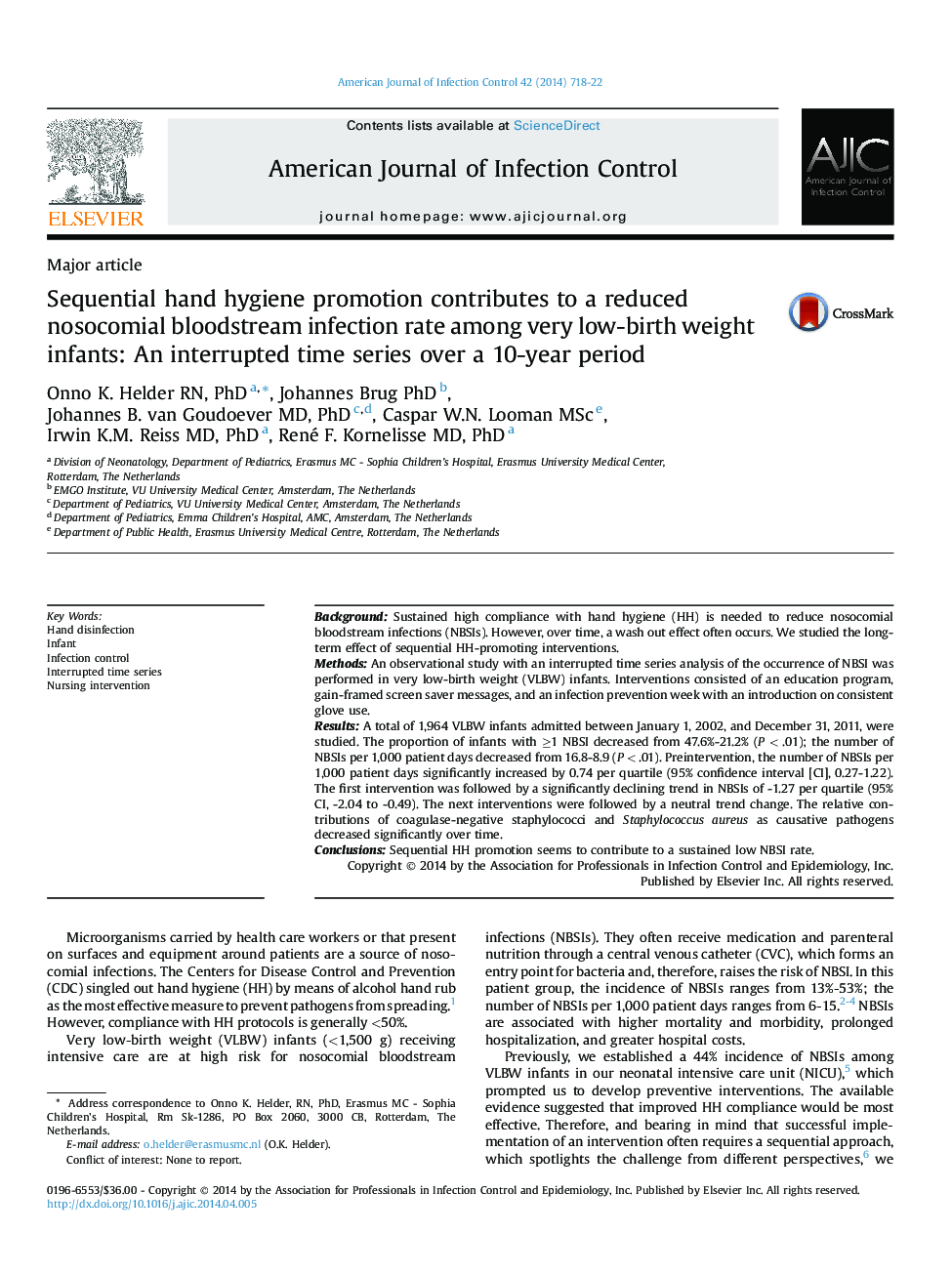 BackgroundSustained high compliance with hand hygiene (HH) is needed to reduce nosocomial bloodstream infections (NBSIs). However, over time, a wash out effect often occurs. We studied the long-term effect of sequential HH-promoting interventions.MethodsAn observational study with an interrupted time series analysis of the occurrence of NBSI was performed in very low-birth weight (VLBW) infants. Interventions consisted of an education program, gain-framed screen saver messages, and an infection prevention week with an introduction on consistent glove use.ResultsA total of 1,964 VLBW infants admitted between January 1, 2002, and December 31, 2011, were studied. The proportion of infants with ≥1 NBSI decreased from 47.6%-21.2% (P < .01); the number of NBSIs per 1,000 patient days decreased from 16.8-8.9 (P < .01). Preintervention, the number of NBSIs per 1,000 patient days significantly increased by 0.74 per quartile (95% confidence interval [CI], 0.27-1.22). The first intervention was followed by a significantly declining trend in NBSIs of -1.27 per quartile (95% CI, -2.04 to -0.49). The next interventions were followed by a neutral trend change. The relative contributions of coagulase-negative staphylococci and Staphylococcus aureus as causative pathogens decreased significantly over time.ConclusionsSequential HH promotion seems to contribute to a sustained low NBSI rate.