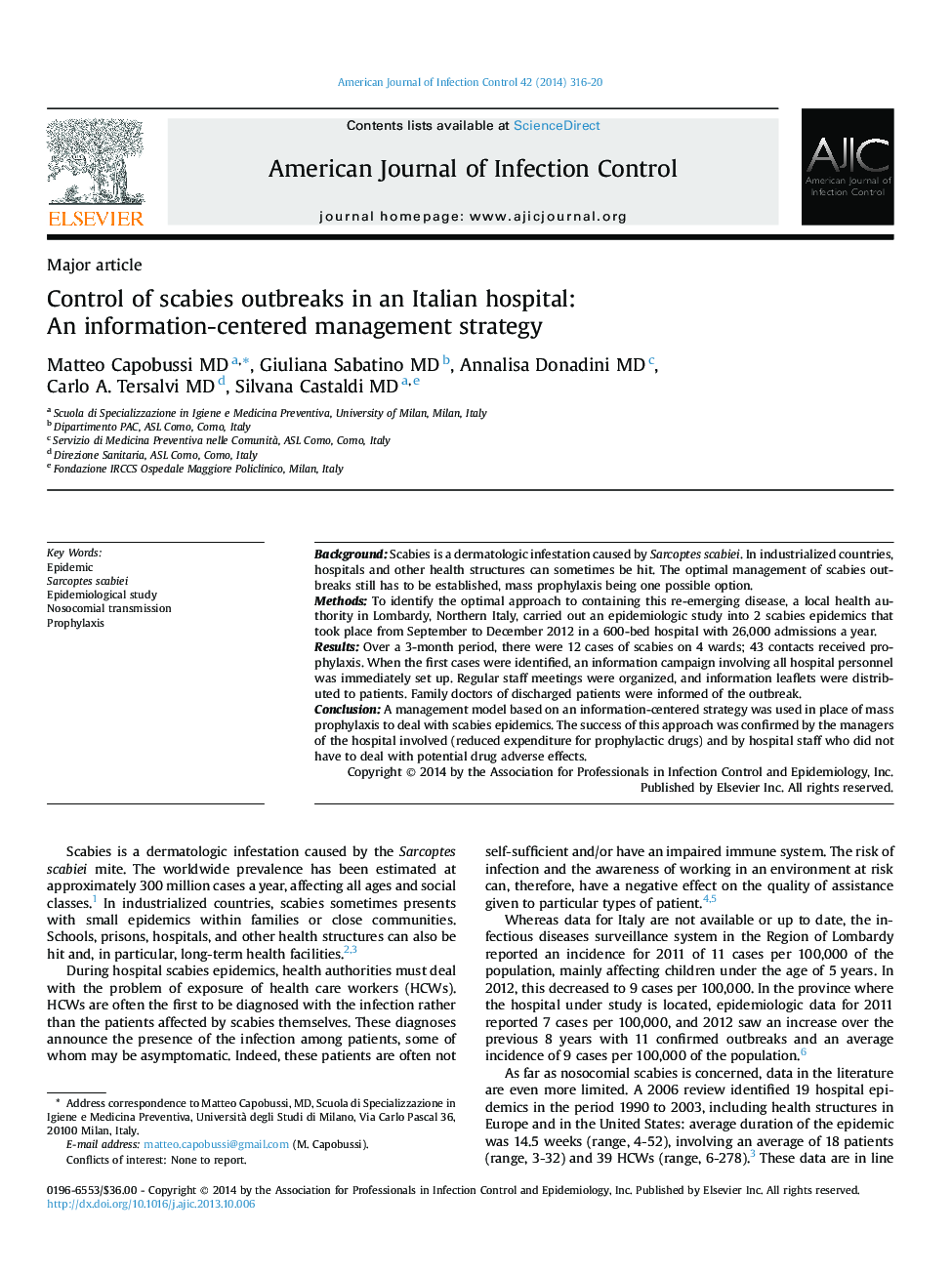 BackgroundScabies is a dermatologic infestation caused by Sarcoptes scabiei. In industrialized countries, hospitals and other health structures can sometimes be hit. The optimal management of scabies outbreaks still has to be established, mass prophylaxis being one possible option.MethodsTo identify the optimal approach to containing this re-emerging disease, a local health authority in Lombardy, Northern Italy, carried out an epidemiologic study into 2 scabies epidemics that took place from September to December 2012 in a 600-bed hospital with 26,000 admissions a year.ResultsOver a 3-month period, there were 12 cases of scabies on 4 wards; 43 contacts received prophylaxis. When the first cases were identified, an information campaign involving all hospital personnel was immediately set up. Regular staff meetings were organized, and information leaflets were distributed to patients. Family doctors of discharged patients were informed of the outbreak.ConclusionA management model based on an information-centered strategy was used in place of mass prophylaxis to deal with scabies epidemics. The success of this approach was confirmed by the managers of the hospital involved (reduced expenditure for prophylactic drugs) and by hospital staff who did not have to deal with potential drug adverse effects.